BRITAIN’S top civil servant Sir Mark Sedwill will walk away with a payout of nearly £250,000.

The Cabinet Secretary will reportedly pocket the sum when he steps down following an alleged power struggle with the Prime Minister’s top aide Dominic Cummings.

Sir Mark will receive £249,189 when he leaves his joint roles as Cabinet Secretary and National Security Advisor.

Prime Minister Boris Johnson signed off the figure on Wednesday – which will take the form of a pension contribution.

The 55-year-old, who has worked in Government for 30 years, claims he has been subject to “unpleasant” off the record briefings in a campaign against him.

Addressing MPs on Wednesday, he called the “sniping” a “regrettable feature of modern politics”.

He also denied “resigning” – insisting he had simply agreed with Mr Johnson that he would step down.

The PM is said to be ready to replace him with a businessman as he looks for a “Whitehall revolution” to revamp the civil service.

No 10 sources have claimed Cummings thought Sir Mark was a barrier to “Whitehall reform” – with both Mr Johnson and Michael Gove agreeing with him.

Cummings was reportedly unimpressed with the Cabinet Office’s response to the coronavirus pandemic – and warned that a “hard rain is coming” for the civil service.

Former civil service chief Lord Kerslake has however accused the Government of trying to turn Sir Mark into a “fall guy”.

Speaking at the joint national security strategy committee, Sir Mark said: “It is never pleasant to find oneself, particularly as an official, in the midst of stories of that kind.

“We appear to be in an era where some of us are fair game in the media and I’m afraid it goes with the territory now.

“I guess my successors will have to deal with some of that as well.”

Sir Mark added: “I don’t think it is ever pleasant in Government, whether it is against ministers, between them and particularly against officials, when you have briefings to which you cannot really reply – particularly those that are off-the-record and sniping away.

“But it is a regrettable feature of modern politics, I’m afraid.”

Britain’s lead Brexit negotiator – David Frost – is due to take over as National Security Advisor, while No 10 continues to hunt to find a new head of the civil service.

He said: “It has been by any standards a massive contribution – but as PM I have particularly appreciated your calm and shrewd advice.”

Sir Mark is said to have been increasingly “unhappy” following running battles with No 10’s top team.

The PM reportedly came close to firing him at the end of May, and his departure had been expected for some time.

Sir Mark Sedwill denied any issue with the PM[/caption]

Cummings has vowed to overhaul the civil service, which he sees as a cosy club guilty of group think.

He warned the “metropolitan” outlook of officials had contributed to governments becoming “estranged” from normal people.

Sir Mark will now head up a new G7 panel on Global Economic Security and has been put forward for a life peerage.

Ahead of his departure, he warned Britain has not reached the “halfway point” of the coronavirus pandemic.

He told MPs Britain’s great security challenge going forward was making sure it was ready for an unknown “highly disruptive event” after Covid-19.

The top civil servant also insisted “personalities were not an issue” during his time at Downing Street and said he has a good relationship with the PM. 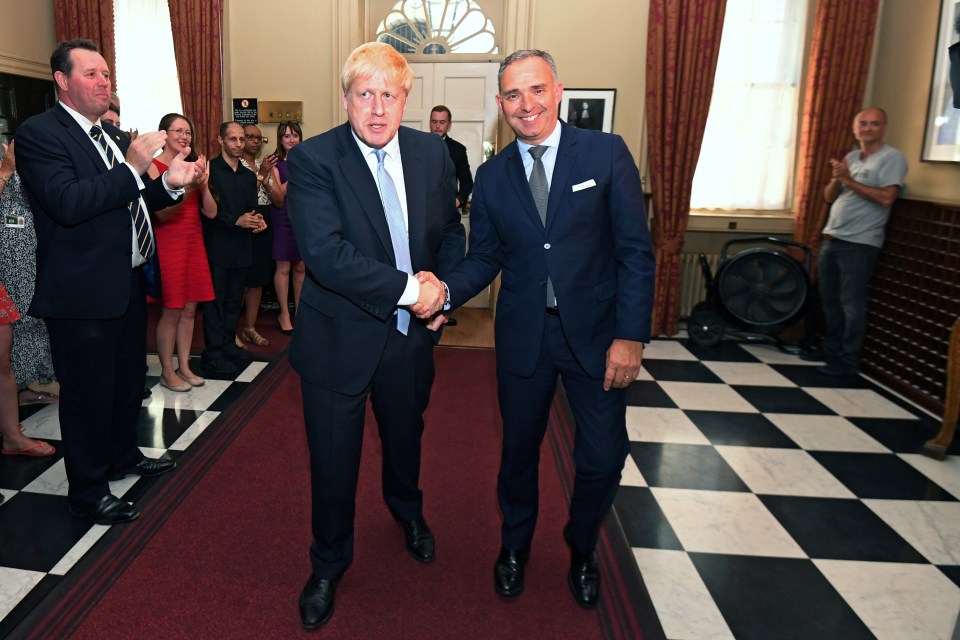