THE SUN was praised after our Time for Change panel “shone a spotlight” on the issue of racism in Britain in 2020.

Former Cabinet Minister Baroness Morgan said: “This debate has shone a spotlight on a hugely important issue of racism in modern Britain and how important it is to have real diversity in our nation’s leadership positions – whether sport, politics or business.

“We must heed Anthony Joshua’s rallying cry and make sure every single black, asian and ethnic minority person in the UK, like everyone else, has the opportunity to excel in all walks of life.”

And footy ace Lineker said the panel was “an important step in the right direction.”

We hosted the panel this week in a bid to spark debate and discussion over the issues of race and inequality which have dominated headlines across the world since the brutal death by police hands of George Floyd in America.

Lib Dem leadership candidate Layla Moran said it was “vital we have a serious, grown up national conversation about race and the Black Lives Matter campaign.

“She added: “We still, in 2020 have some many barriers to break down and this is why the Sun’s Time for Change Panel is so welcome.

“Liberal Democrat home affairs spokesperson Christine Jardine added: “No one should have their life blighted by racism, and Black Lives Matter has highlighted the systemic injustices that cut across so many aspects of life in the UK today. We need to change.

“This campaign in the Sun is a great initiative to encourage people to talk about racial injustice so that we can tackle racism in all its forms.

“The Liberal Democrats are calling on the Government to end the Hostile Environment and implement a real Race Equality Strategy, to bring about fundamental change and ensure justice and equality for BAME communities across the country.”

Panelist Mr Phillips tweeted: “It won’t be the first place woke people look for thoughtful and constructive debate on racism in the UK but respect to @TheSun for this brilliant initiative.

“Rather than calling people names on here, a serious attempt to talk to everyday Britain.”

TalkSPORT presenter Hugh Woozencroft said: “What became apparent is that despite the barriers that have existed for generations, our community is as committed as ever to break down those barriers.

“We need to learn from the ordeal that was visited upon Stuart and the Lawrence family and we need the superstar voices like Anthony’s to help encourage change in other areas of society.

“I think we have work to do on understanding ourselves and this has shone a light on the issue.

KIDS ARE ALL RIGHT


Chancellor to give firms £1,000 bonus for every trainee they take on

“For a multitude of reasons, we are experiencing a different Britain.

“And that’s something we can learn far easier outside of schools than within them.”

Former Cabinet Minister Baroness Morgan said: ‘This debate has shone a spotlight on a hugely important issue of racism in modern Britain’[/caption] 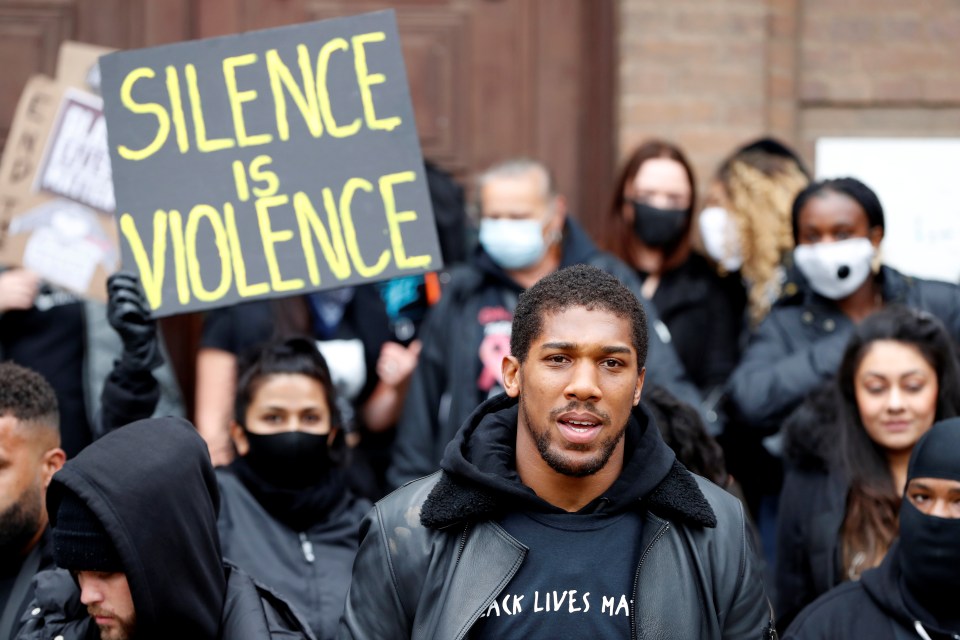