Close
Trending News
HomePoliticsTeaching unions must stop ‘issuing blood-curdling warnings’ and focus on getting kids back to school, MPs demand

Teaching unions must stop ‘issuing blood-curdling warnings’ and focus on getting kids back to school, MPs demand

Teaching unions must stop ‘issuing blood-curdling warnings’ and focus on getting kids back to school, MPs demand

MILITANT teaching unions must stop “issuing blood-curdling warnings” and focus on getting kids back to class, MPs demand.

Millions of children across England are gearing up to return to school over the next week or so.

But the NEU, England’s biggest teaching union, has claimed strict Covid regulations could be reintroduced if infection rates creep up.

Politicians across the party divide urged the country to ensure youngsters stay in class.

Tory MP Jonathan Gullis, who sits on the education committee, said: “We cannot see a repeat of last year’s awful scenes when year groups were sent home to isolate because one pupil had Covid.

“We are in a different place now — the jab works.

“Unions must stop issuing blood-curdling warnings and pull together to help get kids where they belong — in school.”

Labour’s David Blunkett, a former education secretary, also hit out at the “doom and gloom-mongers” who “want to impose draconian restrictions”.

He writes in today’s Sun: “Young people have been the biggest losers — it’s time to put them at the top of the agenda.”

Ministers are braced for a rise in Covid cases when schools return but they say the vaccine means the country will not see a repeat of last year’s disruption.

Yet the NEU’s Mary Bousted expects “hundreds” of schools to revert to stricter Covid measures if infection rates creep up.

There is huge frustration within the Government that scientists have still not authorised jabs for the under-16s.

Meanwhile, some 57 per cent of parents back Education Secretary Gavin Williamson’s plans to ban phones from classes to stop them distracting kids, a poll by comparison site Uswitch reveals. 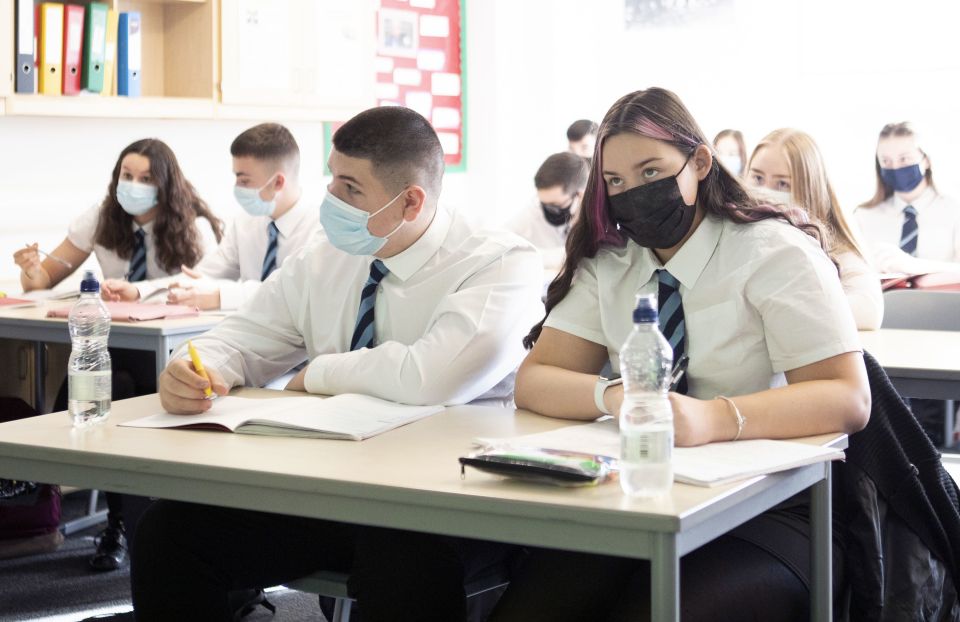 Warning to DELETE Facebook as ‘thousands’ race to quit app

‘I’m richer than the whole roster, b*tch’: McGregor brags he is wealthiest ever UFC fighter as he puffs cigarette topless in motor