TEACHERS have been warned more kids will misbehave when schools return as they’ve been off for so long.

Education Secretary Gavin Williamson will today unveil plans for a full return to the class room from the beginning of the academic year.

The advice will see schools warned to update their behaviour policies to include punishments for breaching the new hygiene or “bubble rules”.

Teachers will also be warned children who suffered from adversity, trauma and a lack of routine during lockdown are now much more likely to misbehave.

They may struggle to get back into learning, and schools have been told they will need to work hard to “reintegrate” them back into school life.

Schools will be told to discipline the unruly children, but urged only to expel them as a “last resort”.

Published later today, the guidance will include:

Teachers have already raised fears over pupils coughing and spitting at each other as well as their teachers.

Secondary school teacher Nik Jones from Country Durham told LBC he and his colleagues were being spat at.

“It’ll only take one or kids to do that who genuinely have the coronavirus, and all of a sudden we’re in a situation where that school, those students, those staff members and the families all attached to that school are in quite serious danger.”

Previously an explosive report by the government’s top scientists warned lockdown has caused a “shock” to kids and will affect work opportunities for the rest of their lives.

In a SAGE report into the impact of school closures, it said: “A cohort of children have experienced a shock to their education which will persist and affect their education and work outcomes for the rest of their lives.

“Similarly, the current lockdown may lead to an increase in adverse childhood experiences.”

Full details of the return will be announced at midday, followed by a Downing Street conference later this afternoon.

Schools in England are set to use “year bubbles” to get every child back learning this September.

They have been urged to separate entire year groups with staggered start and finish times to keep them apart during breaks and lunch.

According to The Huffington Post, the move would see bigger schools enact bubbles of 30, with entire classes kept together to keep them safe.

Secondary school pupils could be isolated in their year groups – limiting their interactions with students of different ages.

Despite the new measures, the Government is also expected to tell schools to focus on core subjects, with a full curriculum possibly not back til 2022.

At the moment parents are not being fined if they don’t send their kids in during the pandemic.

Only kids in reception, year one and year six have been allowed to return to the classrooms since the coronavirus outbreak, but other years can come back if there’s space.

Secondary schools in England have also been allowed to reopen for some students from Years 10, 11 and 12 since June 15.

The Government had to abandon plans to get every primary school child back in for a month before the summer.

CHEERS… BUT NO CHEERS! 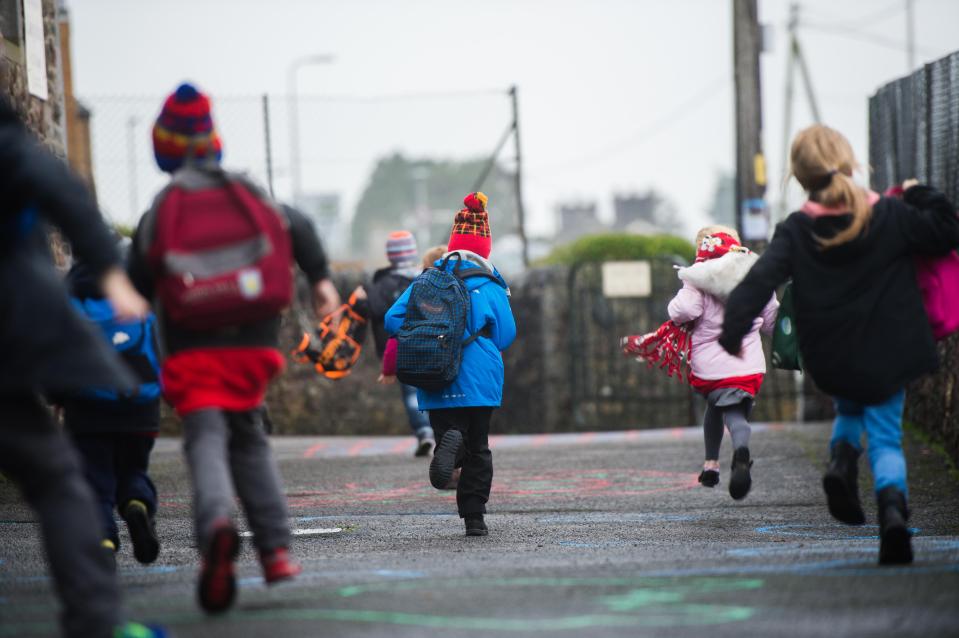 At least 24 killed in armed attack...