HUNDREDS of small boats used by migrants to cross the Channel will be refurbished and handed to youth groups across the nation.

The dinghies used by people smugglers to make the perilous journey that are being stored in warehouses along the south coast will be put to good use.

Migrant boats will be recycled and handed to charities[/caption]

Sailing clubs in red wall areas are likely to get the pick of the vessels under plans being drawn up by Priti Patel.

Her new Nationality and Borders Bill gives border force the power to seize the boats – and hand them to charitable organisations.

A source said: “In some ways we hope this will make the most of a bad situation, so that these boats can do some good.

“They will all obviously be safety tested and checked to make sure they are sea worthy, but there are groups up and down the country who could benefit from having this sort of equipment.”

The Home Secretary’s new Nationality and Borders Bill, which is going through Parliament, gives Border Force the power to remove the boats from smugglers for “donation of the ship or other property to a charity or other not-for-profit body.”

REPURPOSING dinghies used for illegal migrants’ Channel crossings and donating them to youth groups may, as a source says, “make the most of a bad situation”.

But we mustn’t let the PR stunt blind us to the humiliating failure that has enabled it: namely Home Secretary Priti Patel’s inability to stem people- trafficking by callous gangmasters.

For all that Mrs Patel talks a good game about her “unwavering determination”, nearly 9,000 illegal migrants have arrived on our shores from France in 2021 to date, with the total predicted to hit 22,000 before the year is out.

At the rate the situation is worsening, it may not be long before every child in the UK has their own boat.

Put your bets on Team GB for a sailing gold at the 2032 Olympics now.

It comes as the Home Office estimated 22,000 migrants will successfully make the perilous journey across the Channel this year.

Home Office minister Kit Malthouse said they were “fighting a large and quite sophisticated logistics operation.”

He added: “Our job is to try and get behind that business to understand how it works and then to degrade it, as well as trying to remove the incentive for people to come in the first place so that genuine refugees, who want to come to the UK can access those legitimate routes and come here safely and in a way that doesn’t put them at risk in the Channel.” 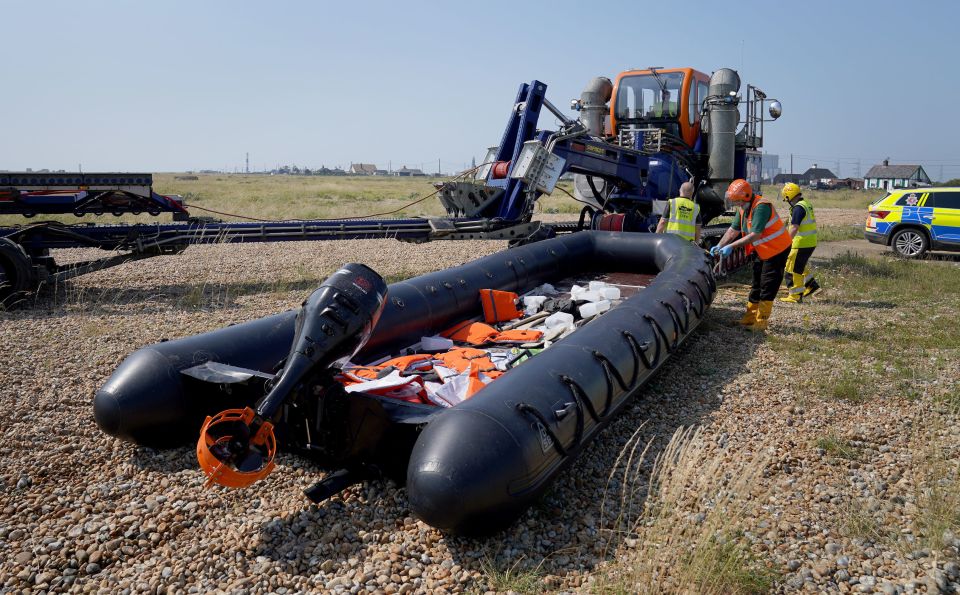 Boris Johnson warns ‘we’re not out...