SIR Keir Starmer was slammed tonight after Jeremy Corbyn was let back into the Labour Party.

Corbyn was suspended just three weeks ago after he downplayed the horrific racism scandal in the party.

But the unrepentant leftwinger claimed the scandal had been exaggerated by his political enemies.

Labour bosses sitting on a disciplinary panel let him back into the party fold after he issued a grovelling statement to “clarify” his comments.

The controversial decision sparked a furious response from campaigners.

Gideon Falter, boss of the Campaign Against anti-Semitism fumed: “By readmitting Mr Corbyn, the Labour Party has once again excused anti-Semitism and proved itself unwilling to address it.

“Mr Corbyn’s suspension should have remained in place until all of our complaints against him were investigated, but no investigation has been undertaken.

“Once again, we see the impact of Labour’s failure to implement an independent disciplinary process as demanded by the Equality and Human Rights Commission and Sir Keir Starmer’s leadership pledges that have now gone unfulfilled for almost a year.

CORBYN LET BACK IN

“The Jewish community has been conned.

“Mr Corbyn must be resuspended immediately pending investigation of our complaint against him under the new independent process mandated by the EHRC. Britain is watching.”

Karen Pollock, from the Holocaust Education Trust, also tore into the decision.

She said: “What message does this send? “Zero tolerance” either means zero tolerance or it’s meaningless.

“The scathing report from the EHRC less than three weeks ago outlined a stream of racism and discrimination by the Labour Party on Jeremy Corbyn’s watch.

“Yet here we are. Once again Corbyn has failed to take responsibility and the Labour Party have let him off the hook.”

Mr Corbyn issued a plea to be let back into the party this morning.

The leftwinger said he understands that racism is a problem in the party and backs the bid to kick anti-Semites out.

But he pointedly did not apologise.

He said: “We must never tolerate anti-Semitism or belittle concerns about it.

“And that was not my intention in anything I said this week.

“I regret the pain this issue has caused the Jewish community and would wish to do nothing that would exacerbate or prolong it.

In a blistering joint statement, they wrote: “Today’s decision is a retrograde step for the Party in its relations with the Jewish community.

“For Jeremy Corbyn’s allies on the NEC to expedite his case whilst hundreds of other cases languished under his tenure, and his confected non-apology earlier today adds insult to injury.

“This politicisation of the process goes against what the EHRC recommended just last month. Labour’s mountain to climb to win back the trust of our community just got higher.”

Corbyn’s statement dodges all the important questions & is full of contradictions. We all know he said antisemitism complaints were exaggerated & politically motivated.

This is being dragged out because he refuses to take responsibility or apologise for the actions he has taken https://t.co/bIR8dEReV1

Fiona Sharpe, spokeswoman for Labour Against Antisemitism, has said: “Even with a moderate majority on the party’s ruling body, the NEC, and a legal obligation to address the anti-Semitism crisis within the party, the Jewish community continues to be ignored.

“We urge the establishment of a fully independent complaints process that will review both this specific case, and all others from 2015 onwards, so that justice for the Jewish community can be done.”

MPs and activists loyal to Mr Corbyn campaigned for him to be reinstated and the former leader thanked them for their support.

“I’m grateful to the many thousands of Labour party members, trade unionists, and supporters in Britain and around the world, who have offered their solidarity,” he said earlier.


Boy, 7, found safe and well after disappearing near school in London


When will we stop wearing face masks in the UK? 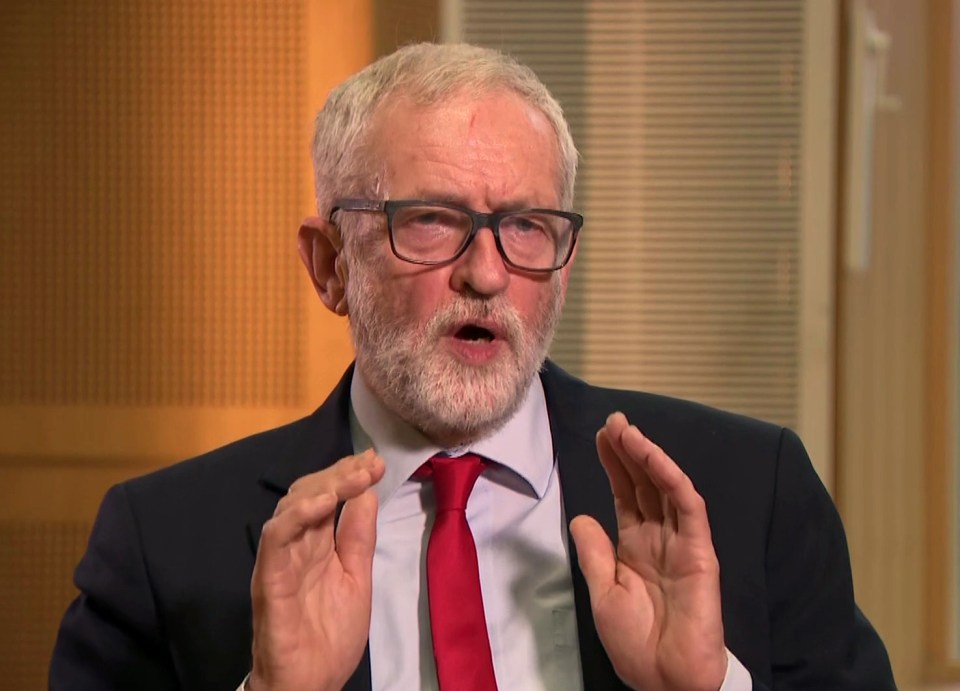 'He knocked him out THREE tim...