SIR Ed Davey has today been elected the new leader of the Liberal Democrats by 2 to 1.

He beat challenger Layla Moran with 42,000 votes – double the amount she managed to get.

Speaking today, the MP for Kingston and Surbiton said his party needed to “face the facts” that the Lib Dems have had three “disappointing” general elections where they failed to win over the nation.

And the truth was that they were out of touch with the rest of the country – a far cry from the power they held in coalition government with the Conservatives from 2010 – 2015.

“Voters have been sending us a message, but we have not been listening,” he said today.

“I have got that message, I am listening now,” he told the nation.

He insisted his challenger Ms Moran would have a key role in rebuilding the party.

Sir Ed – a former pork pie maker – was at the announcement in central London today with his wife Emily.

He told his party faithful: “I’m determined our party backs a Britain that works with other countries across the world for peace and prosperity.

“But it is my love of our party that makes me recognise that we have to change.”

The Lib Dems have now had five leaders in the last five years.

Who is Sir Ed Davey?

Sir Ed played an important role in the Conservative-led government under David Cameron and became energy and climate change secretary in 2012.

In 2015 he was defeated in his Kingston and Surbiton seat after 18 years as an MP, but won it back from the Conservatives in 2017.

He has ruled out any future coalition with Jeremy Corbyn or Boris Johnson and has described a no-deal Brexit as a “nuclear option”.

If that did come to pass, Sir Ed said he would push for the Lib Dems to form a temporary government with other parties.

He said: “That would just be a temporary government for one purpose and one purpose alone – to pass the legislation for a people’s vote”.

In June Sir Ed was criticised by his leadership rival after he suggested his electoral strategy could “decapitate that blonde head” of Mr Johnson.

After the criticism, Davey tweeted he regretted the use of violent language.

He has also revealed worked in a pork pie factory and Boots as a teenager.

The Lib Dem leadership kicked off after Jo Swinson quit following the 2019 election – but had been postponed because of the ongoing coronavirus crisis.

Sh lost her seat to the SNP during a terrible election night for the party where they ended up with just 11 seats – one fewer than before.

They ran on a huge Stop Brexit message which flopped and failed to even win over Remainers.

The latest polls show the Lib Dems currently running at a dismal 8 per cent.

It’s a far cry from their golden days of 2005 – where the their challenger party ad a whopping 62 seats.

Sir Ed was always the bookies’ favourite to win the yellow crown this time around but he’s still an outsider at 100/1 to become PM, they said today.

Alex Apati of Ladbrokes said: “Ed Davey always looked like winning the Lib Dem leadership race as far as the odds were concerned but it’s unlikely we’ll be seeing him challenge the likes of Keir Starmer and Rishi Sunak for PM.”

It comes after The Sun revealed Ms Moran once said kids should get the vote.

The lefty loudmouth said she thinks kids should be able to vote when they “feel ready”.

Ms Moran said the comments, made at the party’s conference in 2017, no longer reflect her views[/caption] 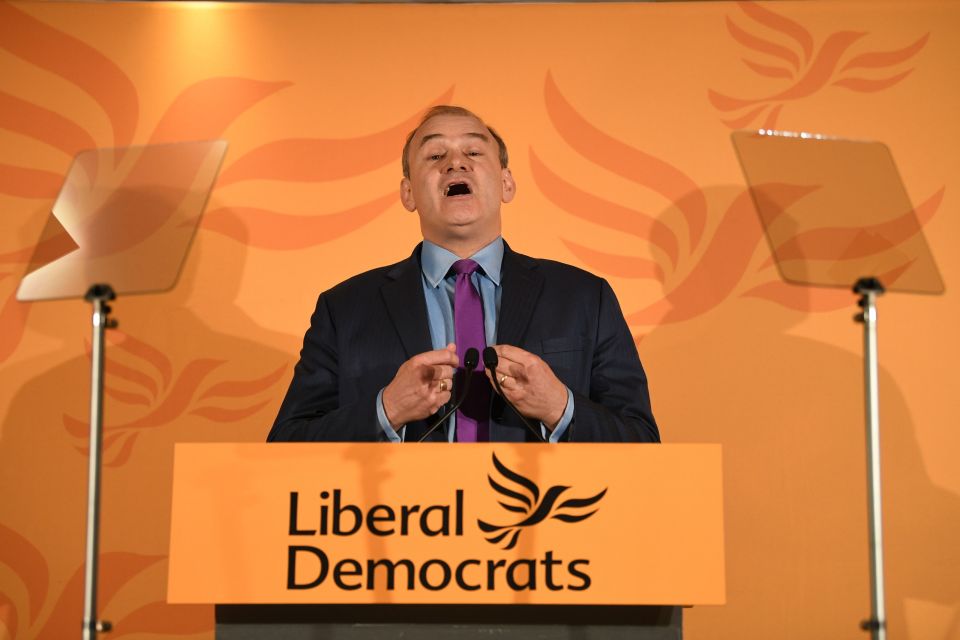