THE best sign yet that Britain is bouncing back emerged today as good news stats showed things FINALLY returning to normal with nine in 10 business open again.

New data from the Office of National Statistics showed that despite new laws for face coverings, High Street shopping is BACK to over two thirds of usual levels and traffic on the roads is BACK to the same level as February.

Road traffic is back up to pre-lockdown levels, though fewer people are on public transport[/caption]

And White Van heroes are back to 100 per cent of their pre-Covid driving rates.

It comes as four in five businesses say that they are finally in good health – with only one per cent saying they have a ‘severe risk’ of going bust.

The ONS said things are “returning back to normal levels as people venture out to shops and travel to work”.

It comes after 33million meals were scoffed using the Government’s Eat Out To Help Out scheme launched at the start of August.

Bustling restaurants were packed out and booked up across the nation as people fought to get their discounted dinners.

A third of businesses said lockdown had not affected their turnover for this year, the stats revealed today. However, half said that theirs had decreased.

Road traffic across all motor vehicles has been gradually returning to pre-lockdown levels following a low point around the end of March 2020 when the nation was told they must stay at home.

Data up to Monday 17 August showed overall road traffic was just 9 per cent points lower than traffic seen on the equivalent Monday in the first week of February.

While drivers are getting back on the roads, the government has a lot of work to do to convince people it is safe to use trains and buses.

National Rail services are only at 23 per cent of the same levels last year.

While nationally bus usage is also only at 41 per cent.

Shopping footfall in businesses is up over the last week, following a steady increase in recent weeks as people start to venture out again.

High streets are returning to their normal levels of traffic[/caption] 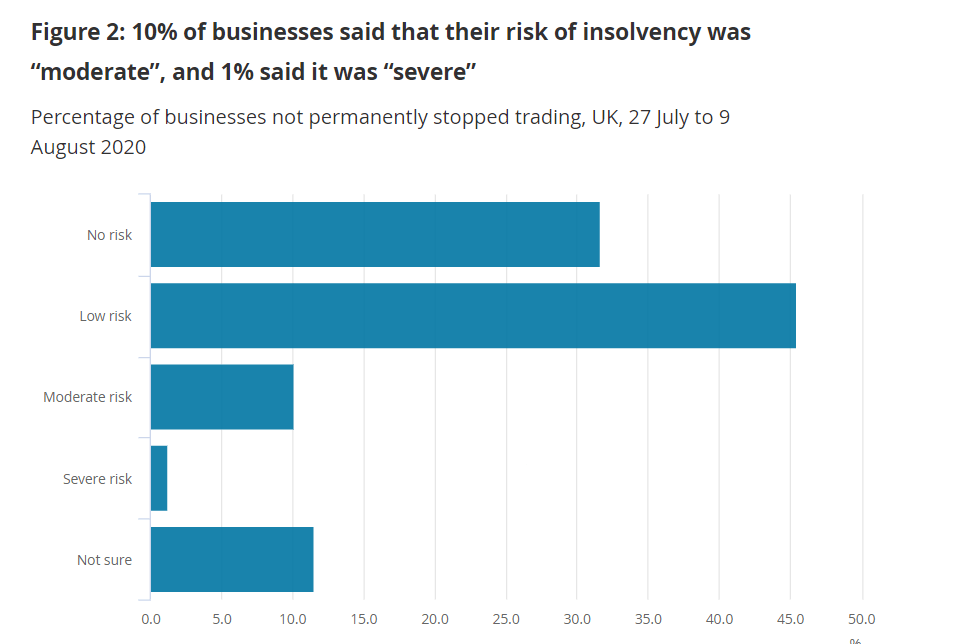 In London – where millions of office workers are still working from home – the tube passenger numbers are just 30 per cent from the same time last year, while London buses are only 53 per cent full.

Chloe Gibbs, senior statistician at the ONS, said: “Despite recent economic news, it is encouraging to see that four in five businesses say they are at no or low risk of going bust.

“Road traffic data show that the number of car journeys is returning back to normal levels as people venture out to shops and travel to work.” 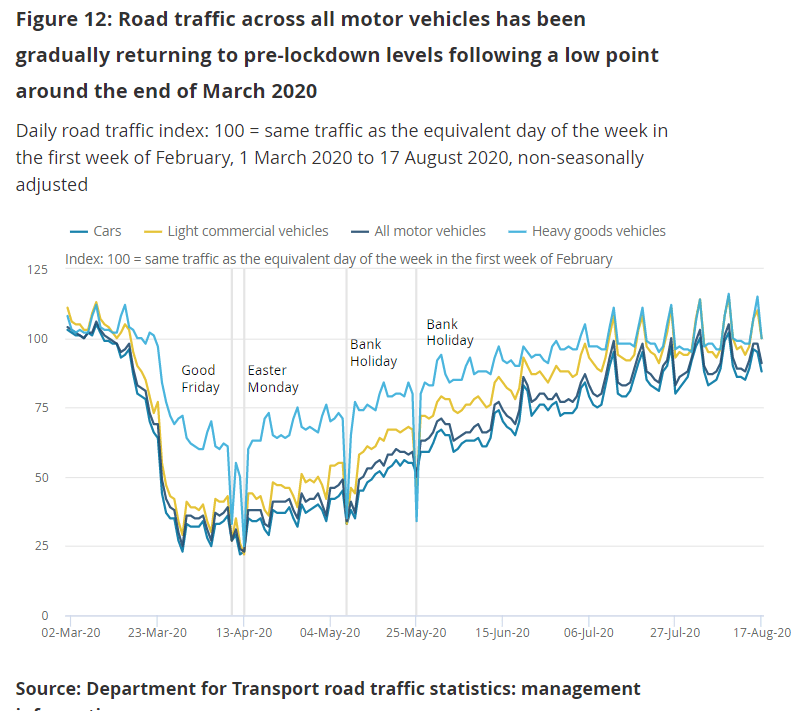 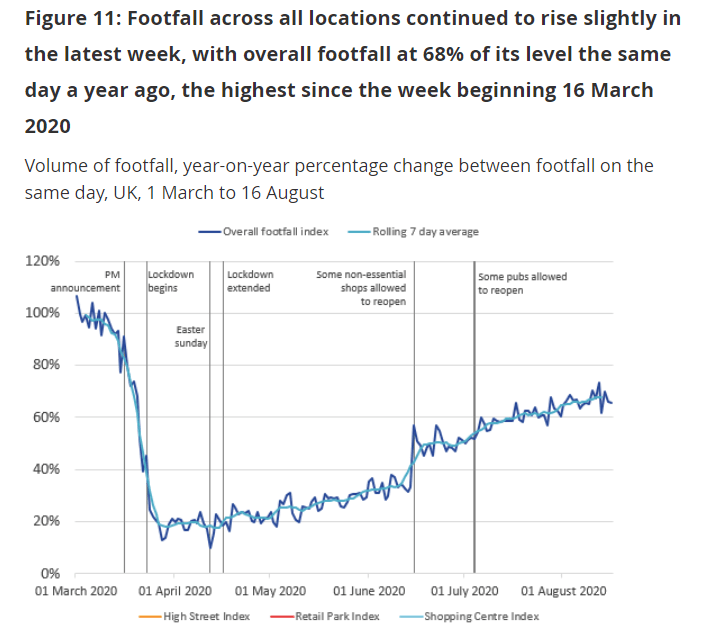 Boris Johnson has told everyone to start going back to work if they can.

Even people who are sheilding are now allowed to go into the office.

But many huge firms are still telling their workers to stay home.

It’s having a huge effect on cities like London, Birmingham and Manchester as the centres became ghost towns during lockdown.

Cafe chains including Pret have already announced job cuts as a result of fewer people coming in to use their stores.