FRUSTRATED ministers yesterday urged scientists to get on with vaccines for teens and booster jabs for the over 50s.

PM Boris Johnson wants a rollout this month but dithering advisers admit a decision could be weeks away.

The UK has slipped from second to 19th for percentage jabbed.

He said he is waiting with bated breath to hear if the Joint Committee on Vaccination and Immunisation (JCVI) give the go ahead to start jabbing 12 to 15 year-olds — as other countries march ahead.

A decision is expected within days after a long-running row among scientists.

Ministers also want action on over millions of booster jabs for the elderly and most vulnerable. They were expected to begin by the end of the month for the most vulnerable.

But experts admit the start could be weeks away.


I’m constantly trolled for my tattoos, but there’s only one I regret

In a barely-veiled dig at the scientists, Mr Williamson said parents would find it “incredibly reassuring” to have the choice, and insisted ministers “want to get on with it”.

He said he hoped there would be a decision “very soon”, adding: “A lot of us are keen to hear that and very much hope that we are in a position of being able to roll-out vaccinations for those under 16.”

Former Health Minister Stephen Hammond also urged ministers to press on with the rollout, saying: “We need to regain our vaccine advantage.”

PM Boris Johnson yesterday sidestepped a question on whether scientists need to speed up the decision on children — but said he wanted a booster programme for the elderly to start this month.

Asked if he would urge scientists to get a move on and give teen jabs the green light, he told reporters: “The priorities now are the older generation, going into autumn and winter.

“We have always said there will be a booster campaign into autumn, this month, we are going ahead with that.”

Downing Street’s frustration grows as other countries jab more of their populations.

By late March we were second to Israel in the global league table, with 41 per cent of the population already vaccinated — a rate almost four times that of France.

The priorities now are the older generation, going into autumn and winter.

But by September 1, the UK had slid out of the Top Ten, with 71 per cent vaccinated compared to 87 per cent in the United Arab Emirates.

Portugal, Spain, Denmark and even Uruguay and Chile now have higher percentages.

Last week Health Secretary Sajid Javid indicated his willingness to back the calls to start jabbing teens, saying offering all of them a Covid jab would “solidify protection”.

Schools and the NHS are ready to give jabs with a sense of urgency, he stressed.

It is understood any decision on jabs to under 16s will require parental consent.

Millions returned to schools this week, but only kids aged 16 and 17, and over 12s with underlying conditions are currently allowed to be jabbed.

Supporters say it will help stop the spread of the virus and keep millions in school. But critics say there is little benefit for kids who don’t get seriously ill, and are worried about potential side effects.

The JCVI is also deciding how wide-ranging the third dose rollout will be.
It is likely to include the most vulnerable over 50s who were first to get jabbed, plus those over 80 and NHS staff.

We need to regain our vaccine advantage.

The JCVI’s Prof Anthony Harnden stressed: “It’s highly likely that there will be a booster programme, it’s just a question of how we frame it.

“This will be decided over the next few weeks. We need to think carefully about when is the best time.

“What we don’t want to do is boost people then find we have a new variant and we can’t boost them again.”

WHILE we were once far ahead of most of the world with our vaccine rollout, we are now slipping behind, writes Christina Pagel.

The Joint Committee on Vaccination and Immunisation is dragging its heels on authorising both booster jabs for the elderly and first doses to everyone aged over 11.

Their caution is hard to fathom. Pretty much every other Western nation has concluded that vaccinating children is beneficial, why not ours?

They’ve said it wasn’t needed or it is complicated to put jabs in the arms of children and the planning needs more time, or that it will affect other childhood vaccinations.

To me they sound like they’re just trying to delay the decision. We don’t want to wait much longer because if there is a big spike in infections with schools returning, many children will get sick who didn’t need to and they could still pass it on to others.

Offering a jab to everyone 12 and over could prevent a few thousand adolescents being hospitalised. It will also help stop them infecting others.

It is right that the JCVI has prioritised the immunocompromised when we start giving third doses. But I believe we should offer booster jabs for the over-70s as well.

We still need to do much more to support vaccination around the world but we can boost protection in the elderly and increase dose donation in low-income countries at the same time. Let’s get going now, before it is too late.

PM Boris Johnson said ‘The priorities now are the older generation, going into autumn and winter’[/caption] 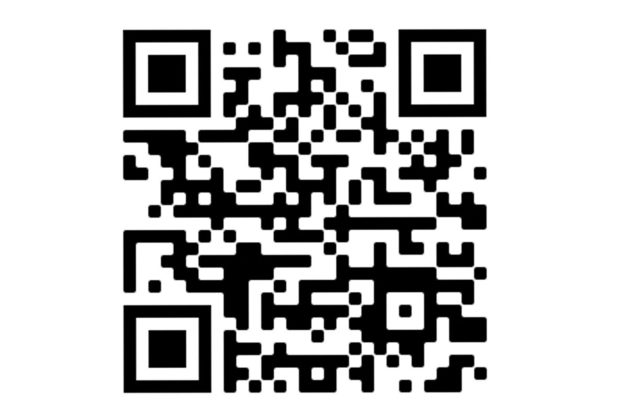 TEENAGER Stephan Brindle, 16, rolls up his sleeves to get the jab and help protect Britain.

But it couldn’t have happened without Jabs Army volunteers. To be one, register at nhsvolunteerresponders.org.uk or scan the QR code above.

Then download the GoodSAM Responder app to find a role.

No experience or qualifications needed. You will be part of a team of NHS staff and volunteers. 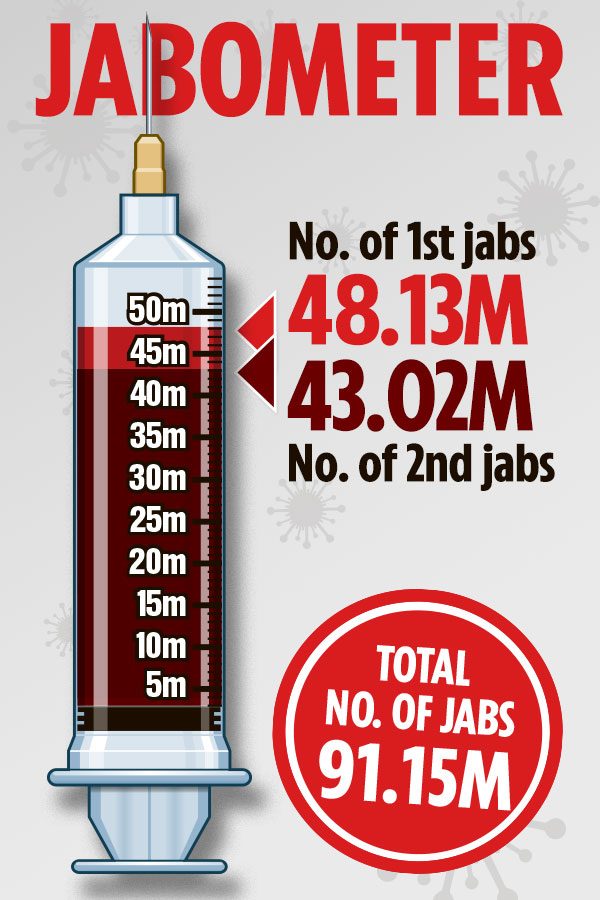 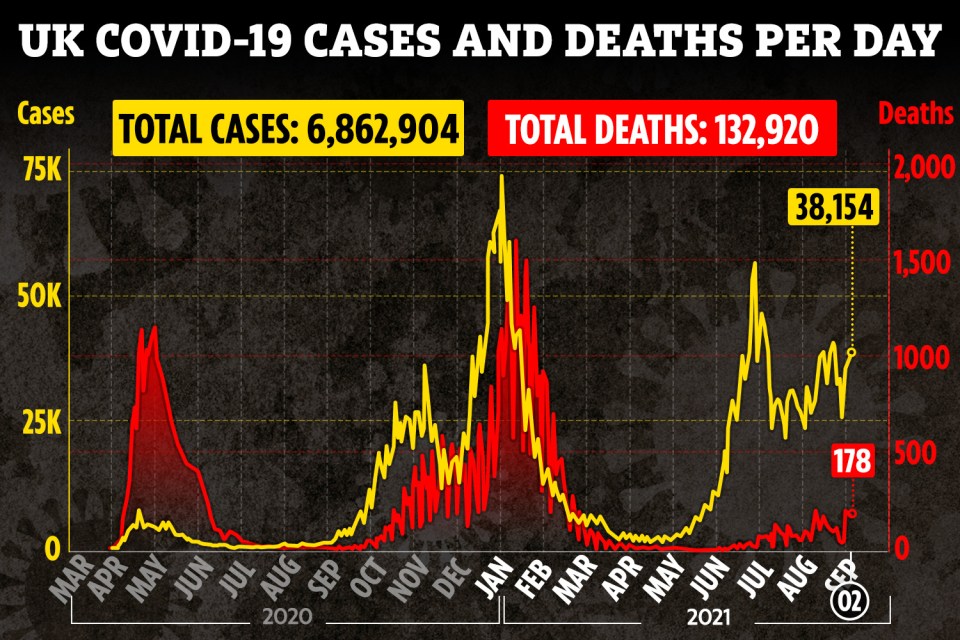 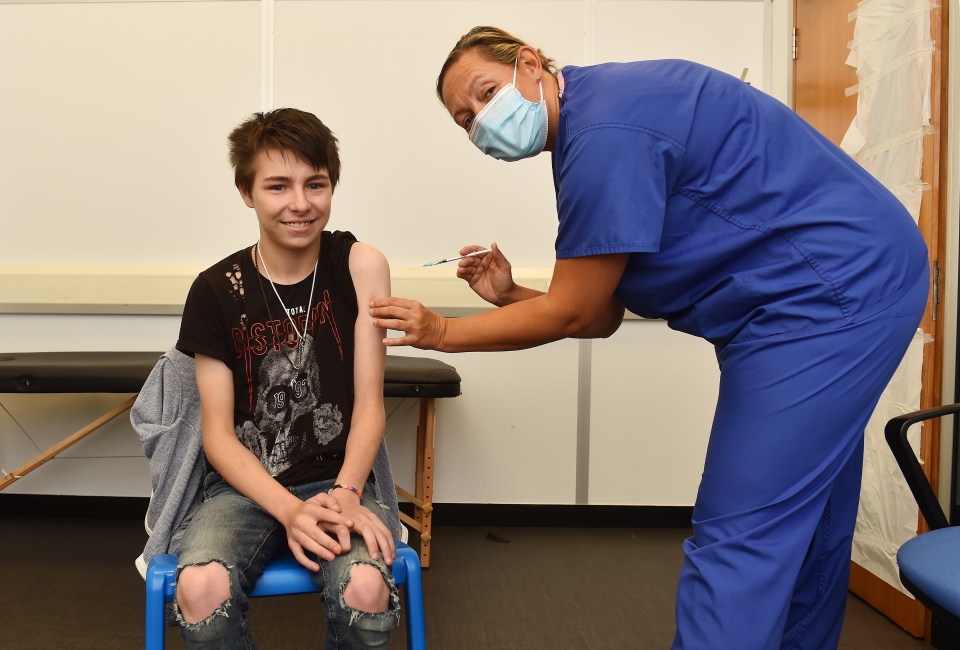