SCIENTISTS have been urged to green light booster jabs ASAP so Britain can “get on with” protecting people against a winter Covid wave.

Boffins are under-pressure to give the go-ahead for a third shot with the planned rollout already set to be delayed by at least a week.

Other countries including Israel and France have already begun delivering top up shots to their populations.

But the UK can’t follow suit until the Joint Committee on Vaccination and Immunisation (JCVI) delivers its verdict.

Scientists are waiting for the outcome of a study on mix and matching different vaccines before making their decision.

Ex health secretary Jeremy Hunt asked: “Why are we hanging around?

“The clear lesson for the UK seems to be get on with booster jabs, not just for the clinically vulnerable but for everyone.”

Professor Paul Hunter, from the University of East Anglia, said all over-80s need to get a third shot quickly.

‘As far as I’m concerned there is no debate whatsoever about that group.”

Prof Peter Openshaw, from the Nervtag group which advises the Government, said Britain is in a race against the Delta variant.

He warned: “If we wait for everything to report before making a judgment, we may well be past the time when we should have been making a decision.”

Tory MP Peter Aldous said ministers need to “clarify the situation very quickly” over who will get a booster.

Government sources said they still expect the booster programme to begin this month.

It had been hoped the NHS would be able to start rolling out shots to all over-50s from Monday.

But that will now have to be delayed until the mid-September at the earliest because the decision on their use still hasn’t been made.

Professor Anthony Harnden, the JCVI deputy chairman, warned it could be a “few weeks” before the body issues its advice.

He said it’s “highly likely” there will be a booster programme but “I can’t definitively say there will be because we have not made that decision yet.”

The top expert added: “What we don’t want to do is boost people and then find we have a new variant and we can’t boost them again because we’ve boosted them too soon, and those people might not have needed the booster in the first place.”

Yesterday the JCVI green lighted top up shots for half a million of the most clinically vulnerable, including those undergoing cancer treatment and people with weakened immune systems.

But health secretary Sajid Javid insisted that the decision was “not the start of the booster programme” planned for the wider population.

Scientists are also under pressure to approve jabs for 12-15 year olds as kids return to school this week.

Gavin Williamson piled pressure on them to give the go-ahead saying parents should have “a choice as to whether their child would be vaccinated or not”.


Doctor, 33, struck off after going AWOL from busy A&E for a NAP as patients waited

The education secretary added: “We have got the capacity to be able to deliver vaccinations for children as well as to deliver a booster programme.

“So it’s not an either/or. It’s a situation about making sure that we combat this virus as best as possible.

“If we get the get-go from JCVI we are ready, the NHS which has been so successful in rolling out this programme of vaccination, is ready to go into schools and deliver that vaccination programme for children.

“I would certainly be hoping that it is a decision that will be made very, very soon.” 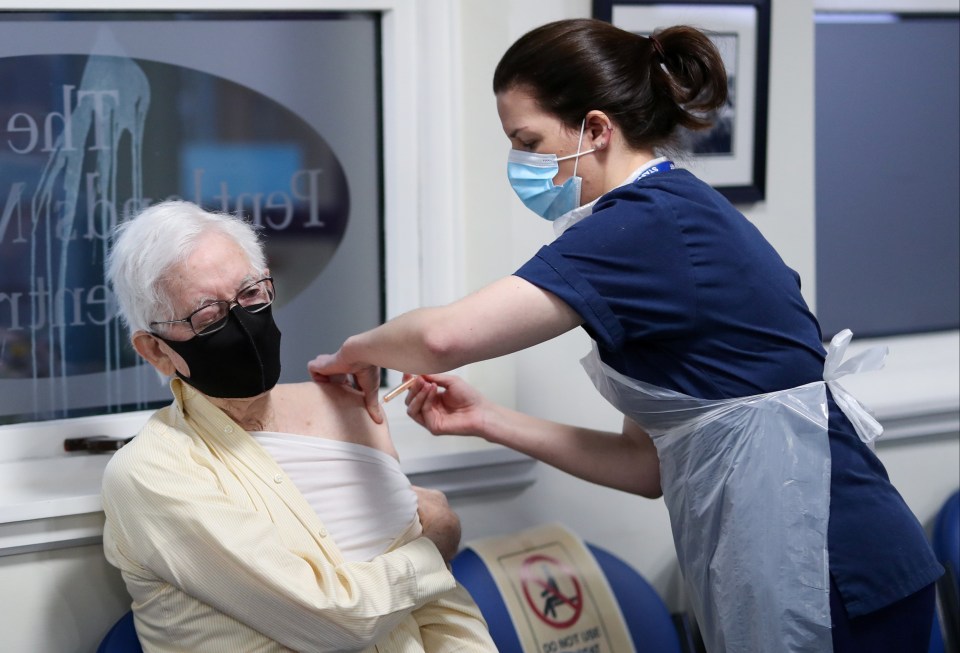