SCHOOLS must reopen in September or ministers will force them to, Gavin Williamson said on Thursday.

The Education Secretary warned unions cannot “dictate” what is best for kids as he pledged to get all pupils back to class after summer. 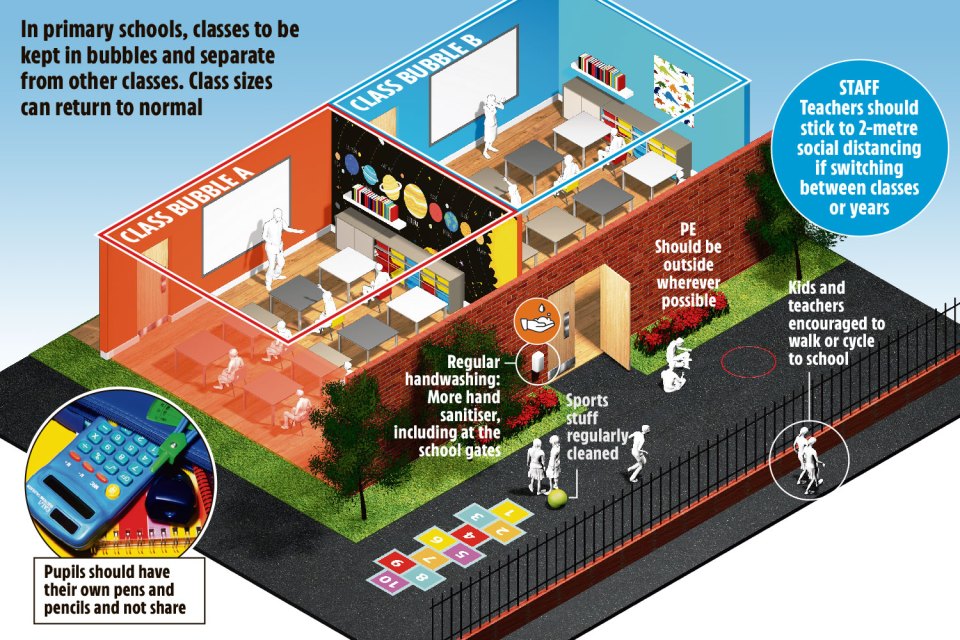 He told Thursday’s No 10 press conference: “We see all local authorities now accepting the fact that they have to work with us to ensure all schools are open.

“And while we didn’t want to, we had to highlight to some local authorities the fact that we did have powers and we would use those power.”

The Government has the legal power to force schools to open, but Whitehall sources said they did not expect to have to use it.

Guidelines published on Thursday spelled out how schools will be overhauled to keep kids safe.

Classes will return to normal sizes and social distancing watered down so all kids can get back to class.

In primaries, kids will be placed in a class bubble and prevented from mixing with other classes to protect them.

In secondary schools, entire year groups will be placed into one giant bubble, with breaks, lunches and drop-offs staggered to stop different years mingling.

Schools will be able to change the curriculum and “prioritise” lessons such as maths and English for the first six months while they try to get kids back up to speed. 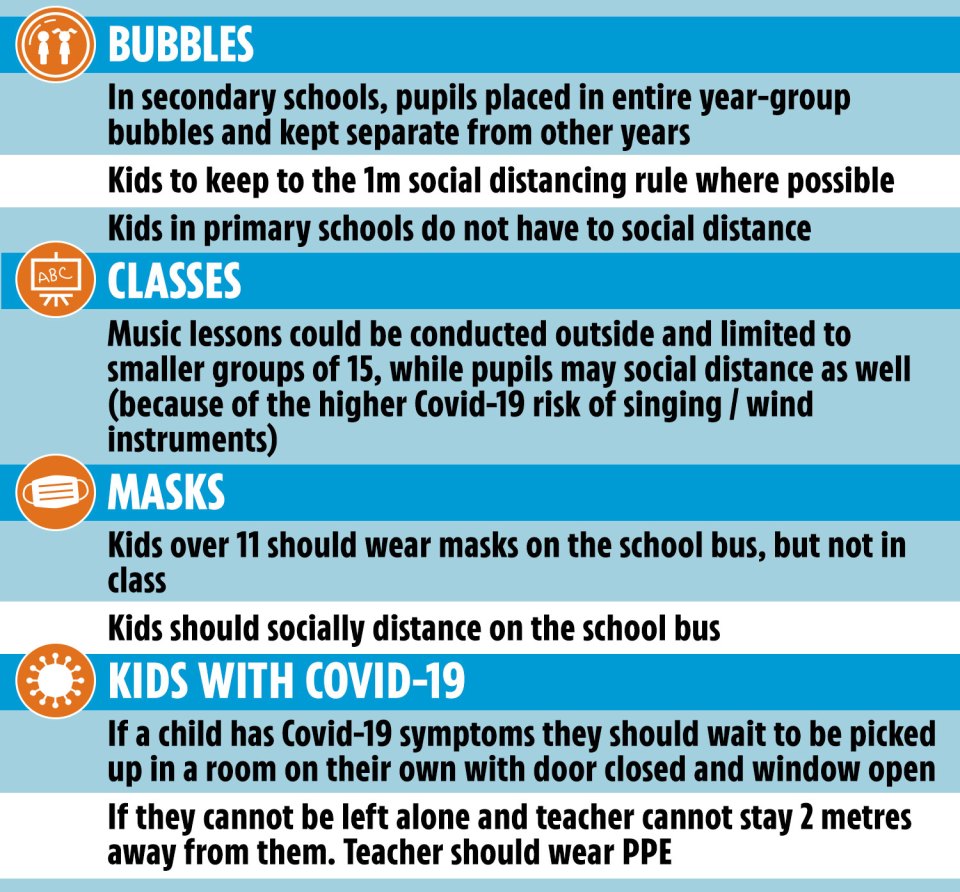 If a school has two Covid cases, all pupils or just those in affected year groups could be sent home to self-isolate[/caption]

If a school has two Covid cases, all pupils or just those in affected year groups could be sent home to self-isolate.

If a Covid outbreak is confirmed, mobile testing units may be deployed for students and staff.

Mr Williamson said swift test and tracing in local areas means “we ensure that we avoid the situation where we’ll ever have to see a national shutdown again” for England’s schools.

But union bosses called for ministers to come up with a Plan B in case schools cannot go back in September.

‘MADAM’ OF THE MANOR

Paul Whiteman, general secretary of school leaders’ union NAHT, said: “It is essential that the Government continues to monitor the data when it comes to school return and that it also has a credible Plan B in place should it be required.”

Deputy chief medical officer Jenny Harries said the risk of Covid transmission in the classroom is “probably much lower” than among teenagers left up to their own devices.

She urged parents to “control” their teenagers outside school.