SCHOOLS are facing another round of closures this winter if a new Covid wave hits.

Education Secretary Gavin Williamson said part closures or class quarantines could not be ruled out as he called for continued testing for pupils.

His plea came amid frustration within No 10 that scientists were dragging their heels over giving the green light to vaccinating 12 to 15-year-olds.

PM Boris Johnson is said to want to crack on with rolling out jabs to all secondary pupils — but experts are taking a cautious approach.

There are fears that schools will act as the incubator for another virus burst when pupils go back next month.

Officials are concerned a surge in cases is inevitable because children are still unvaccinated.

And experts on the Government’s Scientific Advisory Group for Emergencies have urged ministers to start planning now for dealing with another spike.

Mr Williamson is pleading with parents not to lower their guard and to go on with testing at home.

He said: “It is important not to get carried away with these new freedoms and throw caution to the wind.

“The last thing we want is for schools to partially close again, or for whole classes of pupils to be at home isolating.

“That should be only the last resort. We need to do everything we can to avoid the levels of disruption we saw last year from the pandemic.”

Whitehall officials remain confident fresh school closures are unlikely and say the country is in a very different place to last year.

They point to the success of the vaccine drive and the fact there are detailed plans to squash outbreaks.

He added: “Parents, too, have a responsibility to make sure children are tested regularly.

“I know there are many things people would rather be doing, but it’s really important to make time for it.”

Department for Education guidance states that secondary school and college students in England should be checked twice on site on their return, with lateral flow tests between three and five days apart.

Pupils should continue to test twice weekly at home until the end of September, when the policy will be reviewed.

Mr Williamson’s comments came days after experts said it was “highly likely” there would be high levels of coronavirus infection in schools by the end of September.

Dr Hans Kluge said lockdowns wrought “catastrophic disruption” on education and keeping children in lessons must be “a primary objective”.

He added: “It is vital that classroom-based learning continues uninterrupted.” 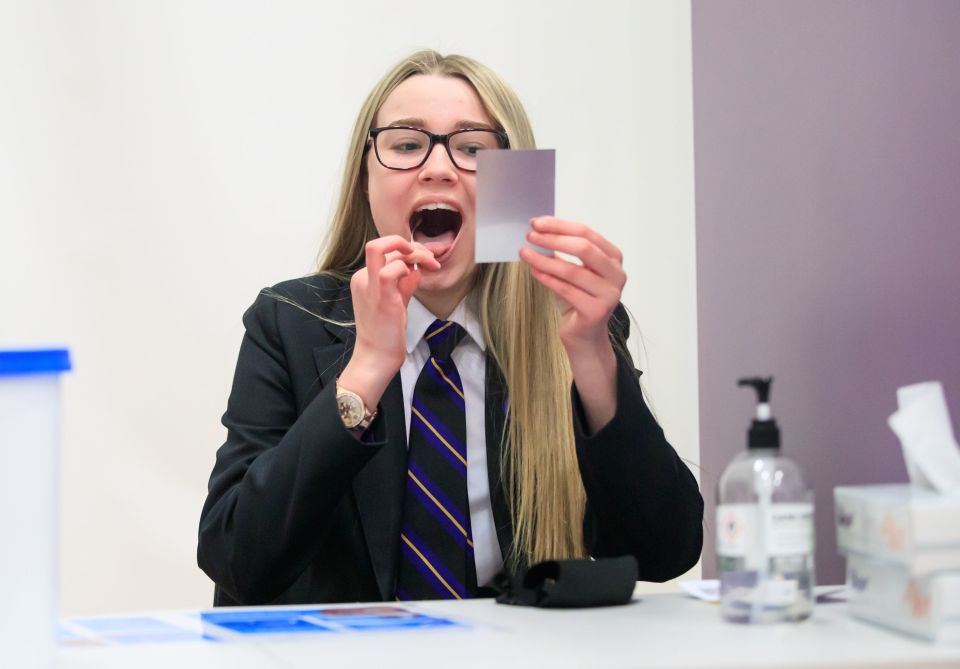