SADIQ Khan and Transport for London were warned over a year ago that Londoners could have a higher risk of catching viruses on the tube.

But the London Mayor didn’t advise people not to travel on the underground or other public transport until the week before the country was locked down.

The Mayor’s Office claims he was given scientific advice which says that there was no need to stop people travelling on the underground in early March.

However, a report by the University of Bristol which specifically analysed the London underground by studying Oyster card journeys “suggested a link between public transport use and infectious diseases transmission”.

Transport for London insisted that the trains were cleaned regularly and there was no additional risk by travelling on the tube.

Jill Collis, Director of Health, Safety and Environment for TfL, said at the time the report came out: “The Tube is an extremely safe environment and our trains and stations are professionally cleaned throughout the day and night.

“There is no cause for customers to worry about viruses and bacteria on the Tube or do anything different in terms of hygiene than they would in other public places.”

But even as early as mid-February experts were warning about the risks of close spaces like the underground.

Dr Robin Thompson, from Oxford University, said: “In general, if an initial case is in a densely populated area, then the risk of sustained person-to-person transmission following is higher.

“This is exacerbated by the fact that London is a transport hub, and the Underground could provide a network to spread the virus quickly.

“As a result, given this case was in London, it might be expected that there is an increased risk posed by this case compared to the others we have seen.”

The Mayor said on March 3: “There is no risk in using the Tube or buses or other forms of public transport” and announced extra cleaning for the transport networks.

But on March 4 his Conservative rival to be Mayor, Shaun Bailey, said if he were in charge he would be telling the city “if you can work from home, please do work from home”.

The PM said on March 16 for everyone to stop non-essential travel and to work from home if they could – along with the Mayor.

And on March 17 the Foreign Office advised against all overseas travel too.

But even as late as March 18, SAGE minutes revealed that they said: “Transport measures such as restricting public transport, taxis and private hire facilities would have minimal impact on reducing transmission in London.”

By March 19 the Mayor had come out to say people should avoid using public transport – including for socialising “unless they absolutely must”.

That coincided with a partial shut down of London’s tube network – and a reduced service.

The next week the country went into complete lockdown.

It wasn’t until May that Government scientists concluded: “There is evidence that there is an enhanced risk of transmission of SARS-CoV-2 for both transport workers and passengers on public transport.”

Mr Bailey told The Sun today: “Sadiq Khan is not a leader for a crisis. Whether it was tube overcrowding, a refusal to supply PPE for bus drivers or TfL’s shoddy finances, the Mayor let Londoners down during lockdown.

“And now it appears that the Mayor willfully misled the public about the dangers of using the tube.

“As early as 2018 the scientific evidence warned TfL that the tube was a significant spread vector during a pandemic. Instead of following the science and keeping key workers safe, Sadiq Khan played politics.”

A Mayor of London spokesperson said today: “Throughout the pandemic, the Mayor has followed the expert scientific advice and has been upfront with Londoners.

“At the start of March, Sadiq was given advice by the Chief Medical Officer and the Chief Scientific Adviser that based on the current levels of transmission, it was safe to use public transport.

“That was also the advice the Government was taking and informing the public on. It would have been wrong not to have listened to the experts on such an important issue.

“When experts changed their advice about using public transport, and it was it clear that there was significant transmission of the virus in the community, Sadiq acted before the Government did and immediately asked Londoners to stay at home.”

The public are still being told to avoid public transport and to walk, cycle or use a car if they have to travel.

But they are still not permitted to travel overseas – as the Foreign Office advise hasn’t yet changes. 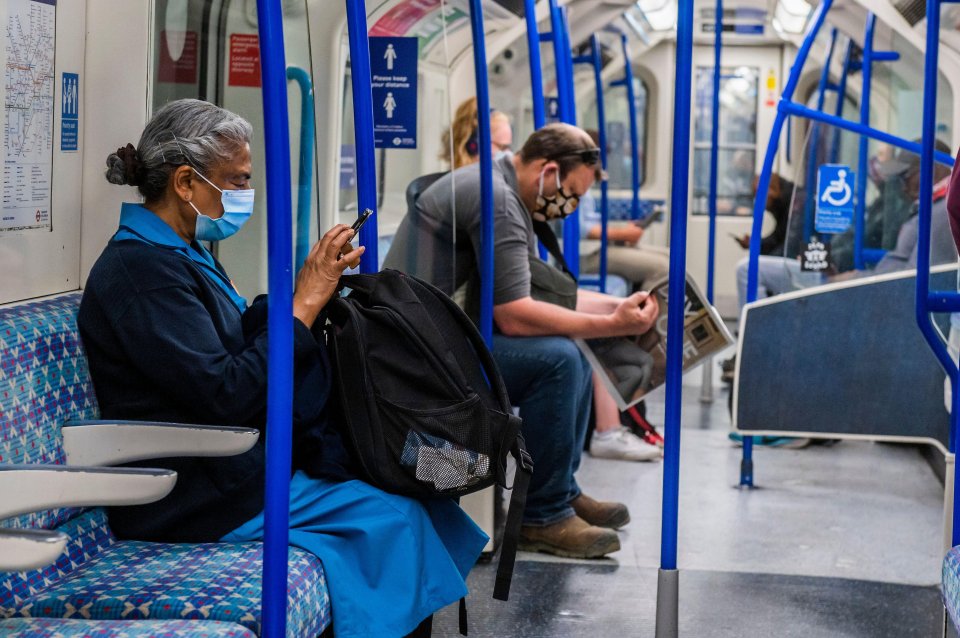 All kids should face the front in...