RISHI Sunak has warned of “difficult times ahead” after unveiling his mini budget to kickstart the economy.

The Chancellor today admitted he would be unable to save every job, and that he was “anxious” about the future.

Asked about a recession, Mr Sunak explained the Government had done what it could.

He told Sky News: “There are going to be difficult times ahead and as you’ve acknowledged there are forecasts of people predicting significant levels of unemployment.

“That weighs very heavily on me which is why I wanted to act yesterday, with a comprehensive plan to provide opportunities for people, protect as many existing jobs as we have but also provide people with the opportunities and the skills they need to get new jobs, to look for new opportunities.

“I am absolutely anxious about the state of the economy.

“We are, as I’ve said before, entering into a very significant recession. We know that that is happening.”

Mr Sunak also warned of significant job losses, despite the introduction of the furlough scheme.

He told BBC Breakfast: “If you’re asking me if I can protect every single job of course the answer is no. Is unemployment going to rise? Are people going to lose their jobs? Yes.

“The scale of this is significant. We are entering one of the most severe recessions this country has ever seen. That is of course going to have a significant impact on unemployment and job losses.

“It would be absolutely foolhardy for me to sit here and give you precise numbers or forecasts or what is or isn’t a measure of acceptability when we are living in a time of unprecedented economic uncertainty.” 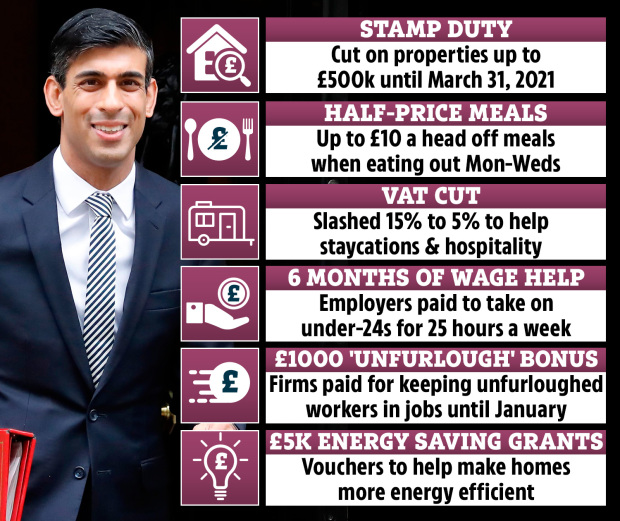 He revealed his sweeping plans in an emergency mini budget – known as a summer economic update – to MPs in the House of Commons yesterday lunchtime.

The move comes just four months after he gave his Spring Budget in March – filled with a £30billion economic package to try to protect the country from the economic impact of coronavirus.

Since then he’s splurged billions on the NHS, the huge furlough scheme, and several other big projects to keep the economic engine moving.

The Government wants to focus on young people, who have been particularly hard hit by the pandemic and are more likely to have lost or will lose their jobs. 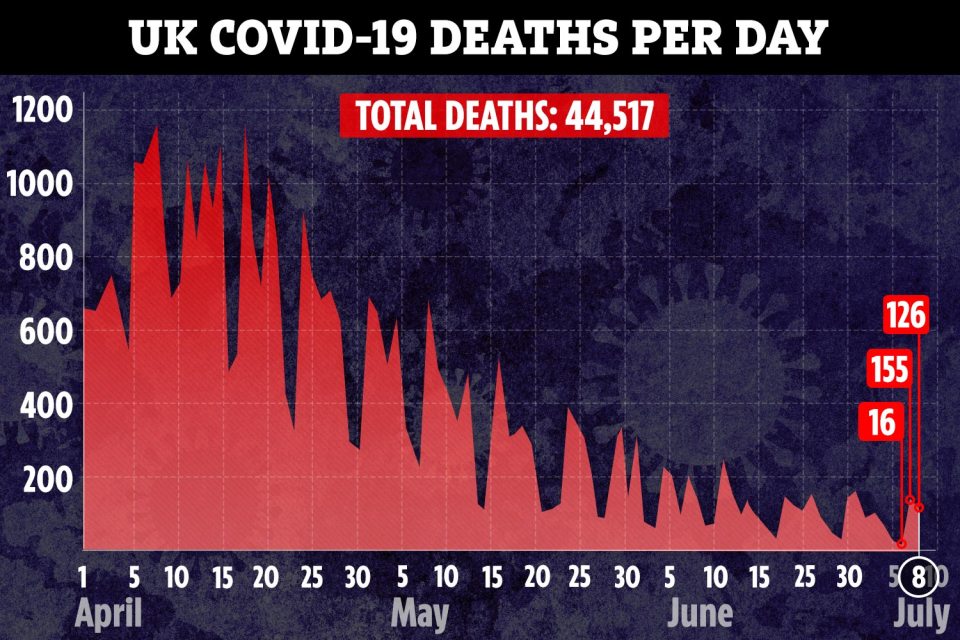 OH TO BE YOUNG


350,000 young job-less Brits to get wages subsidised by Government

FACE UP TO IT


Huge boost for apprenticeships as Chancellor gives £2,000 for on-job training

One of India’s cruelest gangsters,...