RISHI Sunak today assured Brits there was “hope” as he promised to help “hundreds of thousands” into new jobs – but hinted that tax rises must come to help balance the books in the “medium term”.

In an optimistic message to the Tory party conference today, the Chancellor paid tribute to Boris Johnson, saying he “has got it right and we need that leadership” during the crisis.

He insisted that the Conservatives “stood between the people and the danger and we always will”, listing a string of ambitious policies he’s brought in to help the economy cope with the coronavirus crisis.

From the furlough scheme to VAT cuts to Eat Out to Help Out, he said the policies showed ministers were prepared to act on such a huge scale to help the nation through the pandemic.

And he vowed there was always hope – even if it did not feel like it right now.

He said this afternoon in his first party conference speech as Chancellor: “Even if this moment is more difficult than any you have ever faced, even if it feels like there is no hope, I am telling you that there is, and that the overwhelming might of the British state will be placed at your service.

“We will not let talent wither, or waste, we will help all who want it, find new opportunity and develop new skills.

“Through more apprenticeships, more training and a lifetime skills guarantee.

“Our Kickstart Scheme will help hundreds of thousands of young people into good quality work.”

He vowed he would “not give up, no matter how difficult it is” as “the British people and British businesses won’t give up.”

But he admitted that the country was only “part way through this crisis” and more pain was to come.

He warned that “hard choices are everywhere” and the Government must balance the books in the years to come.

The Chancellor promised: “We will protect the public finances. Over the medium term getting our borrowing and debt back under control.

“We have a sacred responsibility to future generations to leave the public finances strong, and through careful management of our economy, this Conservative government will always balance the books.

“If instead we argue there is no limit on what we can spend, that we can simply borrow our way out of any hole, what is the point in us?

“I have never pretended there is some easy cost-free answer.

It came after an interview in The Sun where he hinted to White Van Man that a double whammy of tax rises could be on the way.

He insisted he had to find ways of paying for the Covid crisis and public services when grilled on whether he will be the first Chancellor in a decade to hike fuel duty.

But in his interview with The Sun Mr Sunak stressed that he “cares about the cost of living” and “fuel is a big part of that”.

His words suggest he will allow fuel duty to rise in line with inflation in April – hiking it by nearly 3p per litre – but would defy his Treasury officials who want it to rise by as much as 5p.

The Chancellor on a visit this morning with the PM[/caption]

It means tax rises and cuts to public services are near-inevitable in the coming years to pay back the £200billion the Chancellor has spent on the reaction to coronavirus.

But his focus on the “medium term” means they are not likely to come in this year, or even next while the nation is still fighting through the effects of the pandemic, and the economy is struggling. 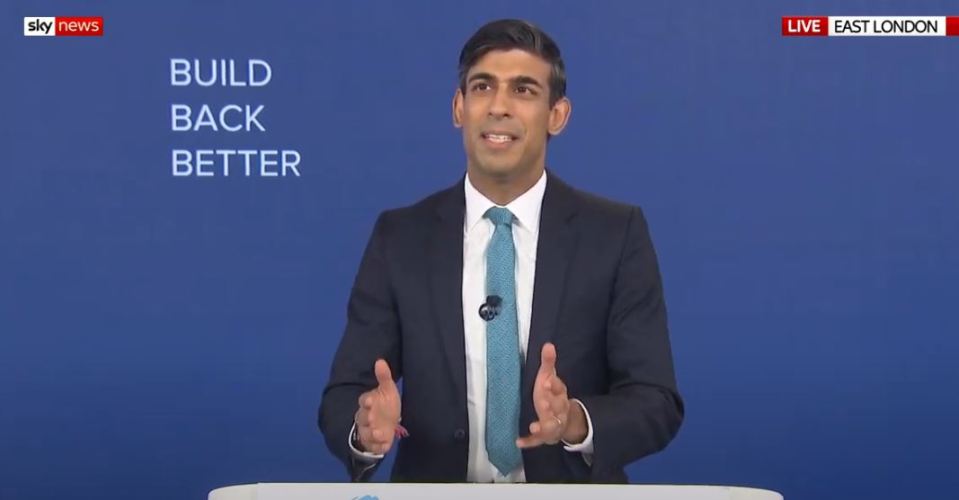