Queen’s Speech: Boris Johnson unshackles Brexit Britain from grips of Covid with billions to level up

Queen’s Speech: Boris Johnson unshackles Brexit Britain from grips of Covid with billions to level up

BORIS Johnson today vowed to unshackle Brexit Britain from the grips of Covid with a bonfire of Brussels red tape – and billions in extra funding to level up the country.

Vowing things can never be the same again after the pandemic, the PM revealed his fresh policy blitzkrieg today as Her Majesty the Queen gave her historic speech to open Parliament.

The PM today as he left for the state opening[/caption]

This morning he vowed his plans will “harness the ingenuity and resolve” of Britain’s barnstorming vaccine roll-out to heal other ills such the housing crisis, regional inequality and educational unfairness.

Boris vows: “As the UK gets back on its feet, we will turbo charge our economic recover in every part of the country, increasing and spreading opportunity.

And he claims “we will make the most of our new found Brexit freedoms” to do so, vowing: “our mission must be to build back better than before”.

Mr Johnson says the Covid response has revealed “deep wells of talent, kindness, ingenuity and resourcefulness exists in every village, town and city” and its now his job to harness that to fix Britain and deliver “a brighter future”.

He vows: “the Government’s task is to mobilise that extraordinary spirit, matching talent with opportunity and unleashing our nation’s full potential.”

Today he promised to build back fairer, stronger, greener and safer

But he insisted that “beating Covid remains our number one priority” and the nation must realise that “the global pandemic is not over”.

He warned there is a “real risk of dangerous new variants of the virus” and vowed to press on with the vaccine programme and plans for a booster programme in the autumn.

But hidden baddies in the blitz could see the cost of a fry up soar and takeaways crippled by daft ban from advertising chips.

And social care plans were mysteriously still missing from today’s Speech – only vowing to introduce them by the end of the year, despite years of promises.

Delivering the PM’s agenda to Parliament in her first official ceremony since Prince Philip’s funeral, the Queen, 95, appeared for a pared down service with less of the pomp and ceremony.

Her Majesty appeared alongside the Prince of Wales for the service, as she previously did in 2019.

Instead of the usual fancy robes, the Queen wore her regular formal wear and fewer people will attend the ceremony due to Covid rules.

Everyone had to have a negative Covid test and wore masks.

Her procession on the way from Buckingham Palace to Westminster[/caption] 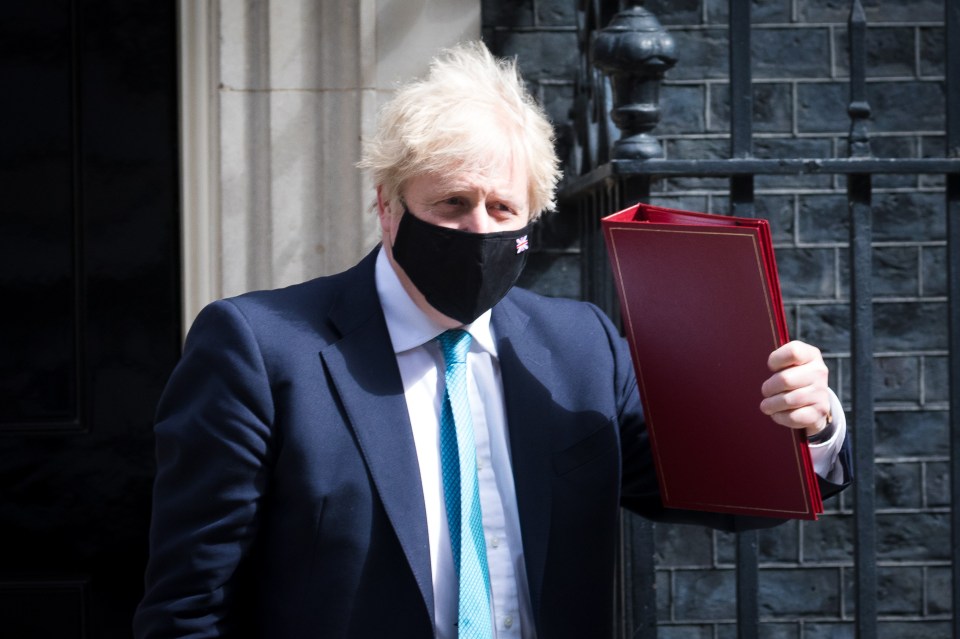 Boris Johnson gets powers to call...