Queen’s portrait was ordered to be DESTROYED by diplomats before they fled UK’s Kabul embassy, Dominic Raab reveals

Queen’s portrait was ordered to be DESTROYED by diplomats before they fled UK’s Kabul embassy, Dominic Raab reveals

A PORTRAIT of The Queen hanging at the British embassy in Kabul was ordered to be destroyed before diplomats deserted, Dominic Raab revealed today.

Dominic Raab at the committee this afternoon[/caption]

But he seemed shocked to hear there ARE pics of the militants posing with the precious painting.

The top Tory this afternoon faced a grilling over his handling of the Afghanistan crisis in Parliament.

Asked if the portrait of the monarch had been abandoned in the embassy, Mr Raab replied: “My understanding was that it was destroyed. Are you saying that it wasn’t?”

He was taken aback when foreign affairs committee chair Tom Tugendhat said there are snaps of the portrait in the hands of insurgents.

The Taliban had vowed to protect the portrait – but its whereabouts are currently unknown.

The Foreign Sec insisted: “I talked through with the team the policy for destroying not just documents but anything relating to HMG.


How to cut 5,000 calories from your diet every week and eat the SAME foods

“It’s not clear to me whether that came from outside or inside the embassy.

“Clearly we were conscious of the attempted propaganda coup around the Taliban taking over embassies and what have you.”

Diplomats abandoned their outpost in the Afghan capital as the Taliban seized the city.

Their frantic retreat meant sensitive documents with details of vulnerable Afghans were strewn around the building for the Taliban to find.

Mr Raab said the blunder was “regrettable” and reflected the pressures on officials.

Mr Raab also admitted that some Afghan guards at the British embassy were among those left behind.

He said: “We wanted to get some of those embassy guards through but the buses arranged to collect them, to take them to airport, were not given permission to enter.” 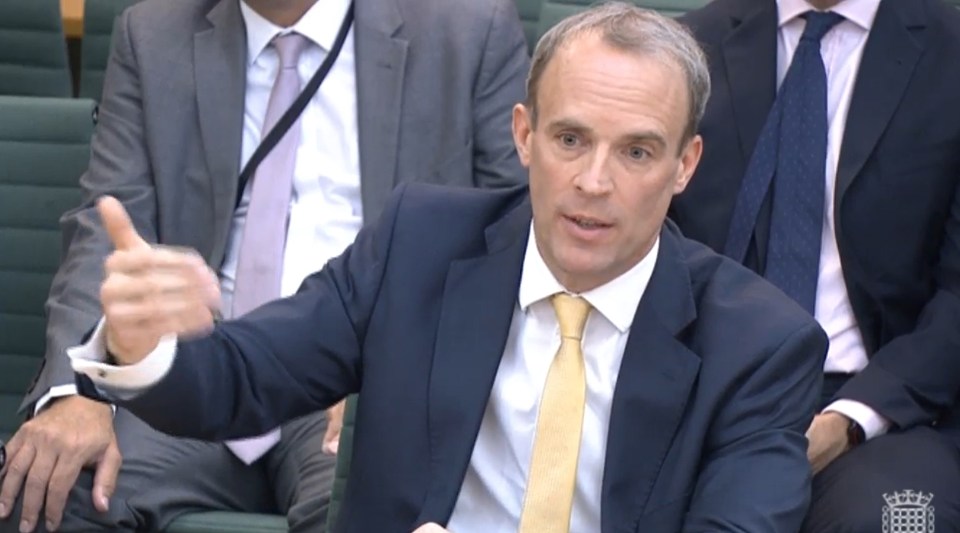 ‘I need the truth’: Averina claims...