The Home Secretary today outlined a new “firm but fair” approach that will focus on ensuring only the “brightest and best” come to the UK from 2021.

In a sweeping 130-page document, Ms Patel explained the new points-based system which comes into force from January next year.

Ms Patel said today: “At a time where an increased number of people across the UK are looking for work, the new points-based system will encourage employers to invest in the domestic UK workforce, rather than simply relying on labour from abroad.

“But we are also making necessary changes, so it is simpler for employers to attract the best and brightest from around the world to come to the UK to complement the skills we already have.

“Our new system sends a message to the whole world that Britain is open for business, but on our terms.”

Speaking today, the Prime Minister insisted it was not a blanket ban on people coming to Britain.

He said: “Of course we are going to be taking back control, and we are controlling our immigration system, but we are not going to be simply slamming the gates and stopping people coming into our country.

“We are going to have a humane and sensible system.”

Under the new rules:

The new plans, promised for years since Britain voted to leave the EU back in 2016, will see freedom of movement scrapped in favour of an Australian-style points-based scheme.

Under the new system, foreign nationals applying to come to the UK for work purposes will have to meet certain criteria.

It will assign points for specific skills, qualifications, salaries or professions, and visas will only be awarded to those who gain enough points.

The minimum requirements will include having a job offer from an approved sponsor that suits their skill level and being able to speak English. 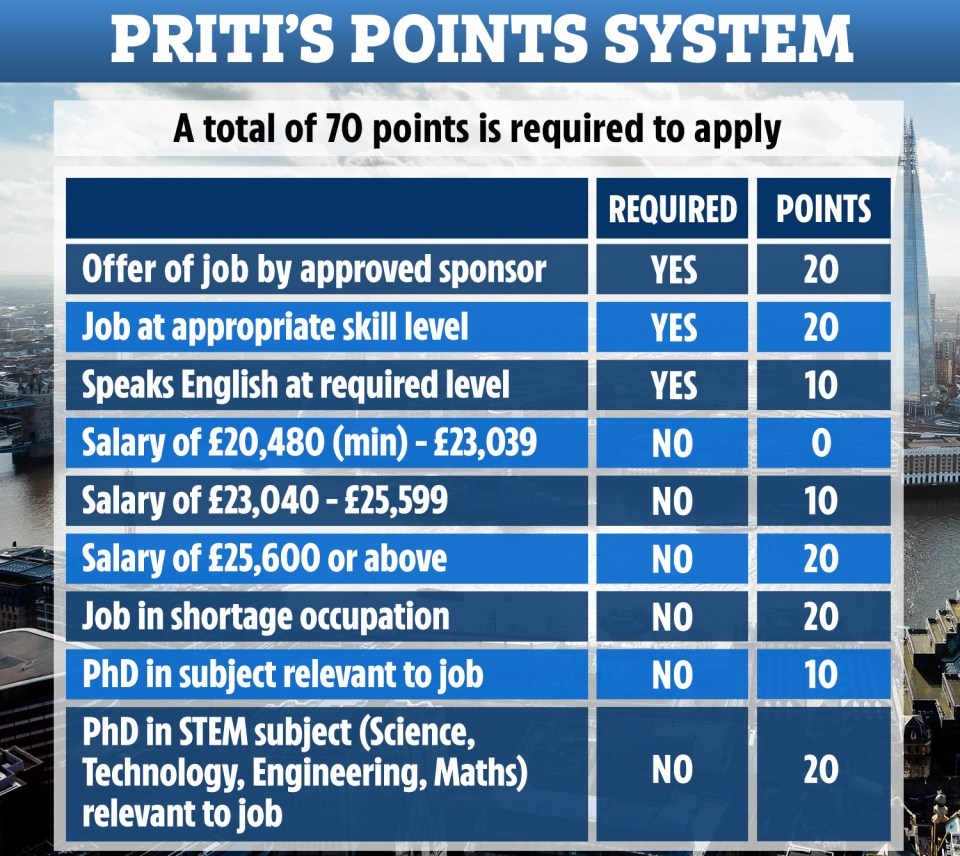 Foreign nationals wishing to come to the UK for work purposes will need to score 70 points to successfully apply for an online “e-visa”.

If an applicant meets the criteria of the minimum requirements, they will be awarded 50 points.

But to score above this threshold they will have to meet other criteria based on salary, seeking to work in a sector with a recognised labour shortage or a having a PhD.

While most will be expected to earn a minimum of £23,040 a year, some such as lab technicians with prized skills will be able to come in with a salary as low as £20,480.

To score 50 points, foreign nationals will need to be able to prove they have a job offer from an approved sponsor that is appropriate to their skill level.

A further 20 points will be scored if the job is in an occupation with a labour shortage such as engineering or information technology.

While a university doctorate gives ten points with the figure rising to 20 points if the qualification is in science, technology, engineering or mathematics.

A builder’s labourer who cannot speak English but has been offered a salary of £18,000, for instance, would only score 20 points and would be blocked from coming to the UK to work.

Likewise, a skilled plumber with good English on £24,000-a -year, would also be awarded 20 points but denied access.

But a primary school teacher offered an annual salary of £26,000, who also speaks good English, would score 70 points and would secure a visa to work in the UK.

A university lecturer with a maths PhD with an offer of a £40,000 would be awarded 90 points and would also secure a visa.

It follows the points systems used in Australia and New Zealand.

The Government revealed even criminals not sentenced to 12 months face being booted out of Britain.

It said: “Those already in the UK who are sentenced to 12 months or more in prison must be considered for deportation.

“Where the 12-month criminality deportation threshold is not met, a foreign criminal will still be considered for deportation where it is conducive to the public good, including where they have serious or persistent criminality.”

The change means criminals from the European Union are treated the same as currently happens to those from non-EU countries.

Anyone deemed as a skilled worker – including postgraduate students – will still have the right to bring their families and children to the UK.

Spouses, partners and children under 18 will still be eligible to come to the UK and stay.

They can also have near full access to the UK’s jobs market, and will be able to attend schools here.

However, they will be made to pay the health surcharge.

A fast-track health and care visa was also unveiled, allowing health professionals to work in the UK when freedom of movement ends.

Sources confirmed senior care workers would be able to access the health visa, but more junior workers could not.

The move provoked a furious backlash from some opposition MPs.

Liberal Democrat leadership contender Layla Moran said: “How can Boris Johnson clap for carers one day then refuse to give them a visa the next.

“It is disgraceful that those risking their lives each day helping vulnerable people during this pandemic are being told they’re not skilled enough to qualify for a visa.

“This an incredibly reckless decision at a time when there are already over 120,000 job vacancies in social care. Our social care system relies on many overseas workers, we should be welcoming them in not shutting them out.” 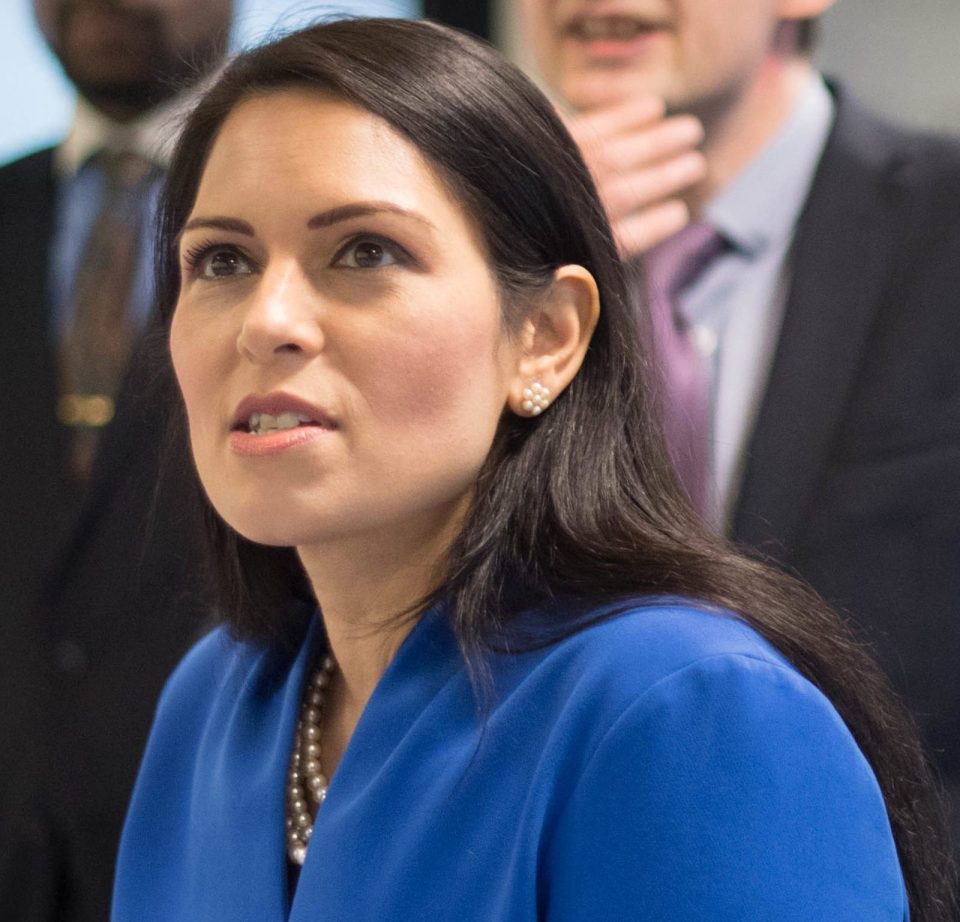