EMBATTLED Priti Patel is on a fact finding mission in Greece to find out how they turn migrants boats to Turkey.

The Home Secretary is touring islands and speaking to the Greek officials to break up the criminal gangs that end up smuggling migrants across the Channel.

She met with Greek minister Michalis Chrysochoidis over concerns that upheaval in Afghanistan will spark a new wave of refugees heading towards the Med.

Home Office insiders say people smugglers often sell packages to Britain to arrivals in Greece and are working to cut off the criminal gangs in the Med.

It comes as Border Force is braced for a new influx of migrant Channel crossings from mid-August after going a week without any arrivals.

On Monday a boat carrying 44 migrants made the 21 miles crossing – the first since the previous Monday after a week of bad weather.

Last night Ms Patel said: “We have seen a surge in illegal migration across Europe, and we must continue to work closely with our Greek partners to tackle this challenge that both our countries face.

“Only by working together can we break up these crime gangs that extend throughout Europe and beyond and stop the horrific trade in people across the continent.” 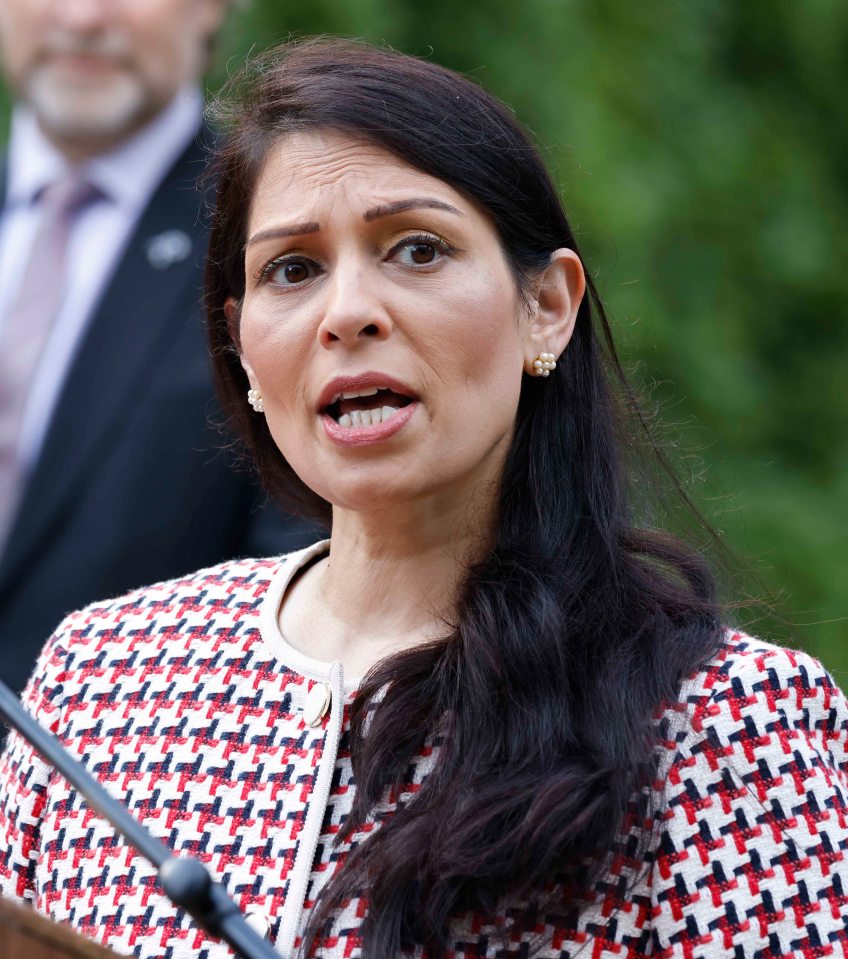