The Home Secretary will target criminal gangs, illegal migrants and unscrupulous lawyers who are failing genuine refugees and costing taxpayers £1billion a year.

She will vow to end years of inaction by successive governments and create a new structure that is both firm and fair.

Ms Patel will unveil a wide- ranging action plan after a year in which over 5,000 migrants have crossed the Channel in dinghies to enter Britain illegally.

In a keynote speech, she will say: “A fair asylum system should provide safe haven to those fleeing persecution, oppression or tyranny. But ours doesn’t. Because our asylum system is fundamentally broken. And we have a responsibility to act.”

With more than 40,000 people stuck in the system, genuine vulnerable asylum-seekers are forced to wait over a year to have their claims processed — and the cost to taxpayers is at a 20-year high.

Ms Patel vows to get a grip by taking action to speed up removal of illegal migrants and asylum cheats. In her sights are activist lawyers who play the human rights card to mount endless legal challenges — often at taxpayers’ expense.

The Home Secretary, whose parents arrived in Britain from Uganda in the 1960s, will tell the Tories’ virtual conference: “I will introduce a new system that’s firm and fair. Fair and compassionate to those who need our help. Fair by welcoming people through safe and legal routes.

“But firm because we will stop the abuse of the broken system.

“Firm, because we will stop those who come here illegally making endless legal claims to remain.

“And firm, because we will expedite removal of those who have no claim for protection.”

Ms Patel will list three examples which she says prove the system is broken.

They include a young person who came here legally to claim asylum as it was unsafe to go home but languished in the system.

Another case involves a dangerous foreign offender who committed an appalling crime but used bogus asylum claims to stay in Britain.

The Sun on Sunday Says

SUCCESSIVE Governments have failed to get a firm grip of the migration crisis.

So we applaud Home Secretary Priti Patel’s crackdown on what she calls a “fundamentally broken” asylum system.

She will cite the case of a dangerous foreign criminal who filed a string of appeals to avoid being sent home.

Many others who cross the Channel in flimsy dinghies could have applied to stay in the first safe country they arrived at.

And many of the vulnerable asylum-seekers who come here because of desperate situations in their homelands end up stuck in a bureaucratic logjam at the time they most need help.

The cost of handling all asylum claims now stands at a breathtaking £1billion a year.

She will also have to battle the lawyers who make a fortune from dragging out cases for years.

Since 2017, the top eight firms have racked up a staggering £42million in taxpayer-funded legal aid.

Incredibly one, Duncan Lewis, picked up almost half those fees on its own.

The Home Secretary will need all her political skills to outsmart these blockers.

It’s a clampdown that cannot come too soon.

‘THOSE DAYS ARE GONE’

And a third case involves a migrant who arrived illegally on a small boat having passed through several safe counties to “shop around” for where to claim asylum.

Ms Patel will say: “Under Conservative leadership, the UK has and always will provide sanctuary when the lights are being switched off on people’s liberties.”

She will promise to take “every necessary step” to fix the system and step up her operational response to illegal migration. 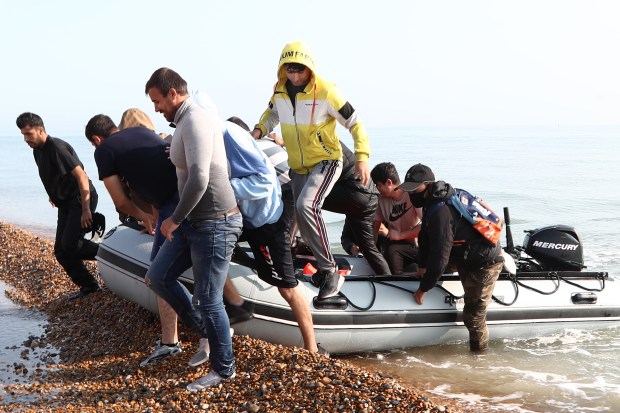 LEGAL firms have been accused of engaging in “lawfare” costing taxpayers millions of pounds in halting the removal of migrants.

Officials have blasted the “activist lawyers” at Duncan Lewis, who had fees of nearly £20million in three years.

A Government source said: “People will be shocked to see activist legal firms using taxpayers cash to engage in ‘lawfare’.”

Under the plans, individuals would have to submit their grounds for staying in the first instance. A “fair borders bill” is expected to come in after the Brexit transition.

One deportation flight to Paris last week had just one person on it after 29 asylum seekers got taken off at the last-minute.

Tory MP Peter Bone said: “My constituents will be appalled at lawyers playing the system and raising the burden on taxpayers for this legal aid.”

More than 5,000 migrants have crossed the Channel this year – double that of last year.

Think tank Migration Watch says the annual cost of housing and payments for failed asylum seekers is £130million, up £30million from 2015.

Duncan Lewis said: “Our role as lawyers is to always act in our client’s best interests.

“All our publicly funded work undertaken is conducted in accordance with strict government case management and audit supervision rules.” 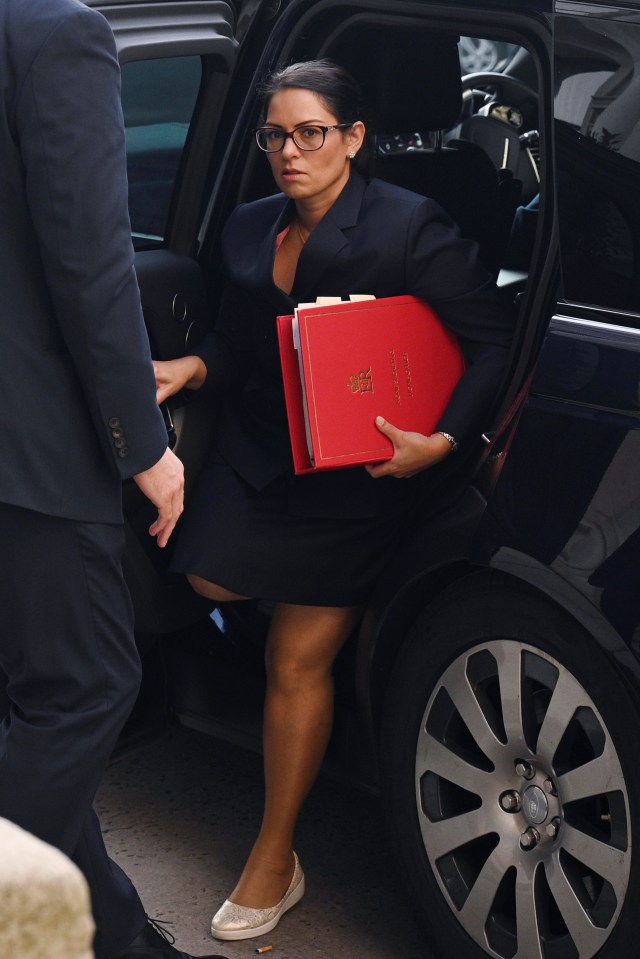