PRITI Patel is set to be given a “formal warning” by Boris Johnson over allegations of bullying – 9 months after the inquiry was launched.

The PM is not expected to give Ms Patel the boot after the investigation of her behaviour as Home Secretary.

Mr Johnson is not expected to fire Ms Patel [/caption]

The inquiry into allegations of bullying against Ms Patel was launched after former head of the Home Office Philip Rutnam resigned over “a vicious and orchestrated campaign” against him.

The report has sat on Mr Johnson’s desk for at least two months, and sources at Downing Street believe it was being delayed to keep Ms Patel in check.

But after No10 aides Dominic Cummings and Lee Cain left last week, it has been claimed the “new management” of Downing Street are set to finally act on the inquiry.

But the PM intends to conclude the investigation “imminently” and will not fire Ms Patel and instead will reprimand her with a warning, according to the Financial Times.

Several Whitehall officials told the FT that Mr Johnson was expected to “fudge” the final outcome of the report which contains “robust criticisms” of Ms Patel’s management of the Home Office.

The Cabinet Office said: “The process is ongoing and the prime minister will make any decision on the matter public once the process has concluded.”

Allies of Ms Patel insisted the report did not lay bare “one single incident” of bullying and instead was full of “general gripes” about her management.

One said: “Legally it’s up to the PM on what he wants to do with the report, he’s under no pressure to release it. Nothing has changed.”

One insider said Ms Patel will be issued with a “written warning” along with a request for an apology.

It will be up to the PM to decide if the code has been broken.

The civil service’s head of ethic Helen MacNamara and the Whitehall’s independent adviser on ministerial standards Alex Allan are urging Mr Johnson to release the report before Christmas.

Both have been reported to be “unhappy” at the prolonged investigation.

But Dave Penman, head of the FDA which represents senior civil servants, urged Mr Johnson not to put “party politics” ahead of his obligation as Prime Minister.

Conservative party officials have rejected claims Mr Johnson is unhappy with Ms Patel’s leadership on the immigration crisis in the Channel – and could be looking to replace her as Home Secretary in a New Year’s reshuffle.

“There is no one as robust on this matter as Priti. If senior Tories think someone else can be tougher, then they’re deluded,” one official said. 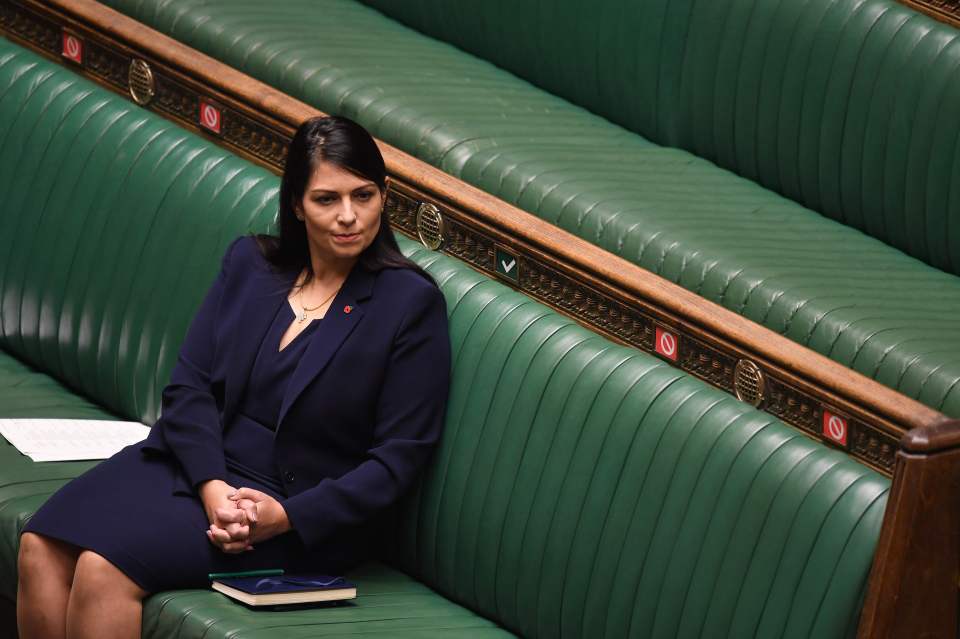