PRITI Patel looked into sending migrants to a remote volcanic island – more than 4,000 miles from the UK, it has been reported.

Officials were told by the Home Secretary to probe the feasibility of transferring asylum seekers to a processing centre on Ascension Island, a British overseas territory in the south Atlantic, the Financial Times reports.

Priti Patel explored the possibility of sending migrants to an island in the south Atlantic, it has been reported[/caption]

Another option said to have been considered was to construct an asylum centre on St Helena, another island in the group where Napoleon was exiled after his defeat at the Battle of Waterloo.

The Foreign Office was consulted on the proposals, according to the paper, and provided an assessment on the practicalities of shipping migrants to such remote locations thousands of miles away from mainland Britain.

Whitehall sources told the FT that Ms Patel wanted reports on how countries such as Australia use offshore asylum centres to deal with “illegal” migration.

In the end, it appears that Ms Patel decided not to go ahead with the scheme, however the Home Office made no attempt to deny that the idea had been considered.

The idea of shipping migrants overseas could be evidence of former Aussie PM Tony Abbott’s influence on Boris Johnson’s government, the FT reports.

Mr Abbott recently met with Ms Patel after being given the role of trade adviser to Number 10.

The Home Secretary also reportedly explored the idea, also considered by the EU, of creating a centre for processing asylum claims in north Africa which would screen migrants.

A Home Office official said: “The UK has a long and proud history of offering refuge to those who need protection.

“Tens of thousands of people have rebuilt their lives in the UK and we will continue to provide safe and legal routes in the future.

“As ministers have said we are developing plans to reform policies and laws around illegal migration and asylum to ensure we are able to provide protection to those who need it, while preventing abuse of the system and the criminality associated with it.”

This comes as 7,000 Channel crossings were recorded this year alone.

On Sunday, Ms Patel is expected to address the subject of migration in a speech to the “virtual” Conservative party conference.

Thousands of migrants cross the English Channel every year[/caption] 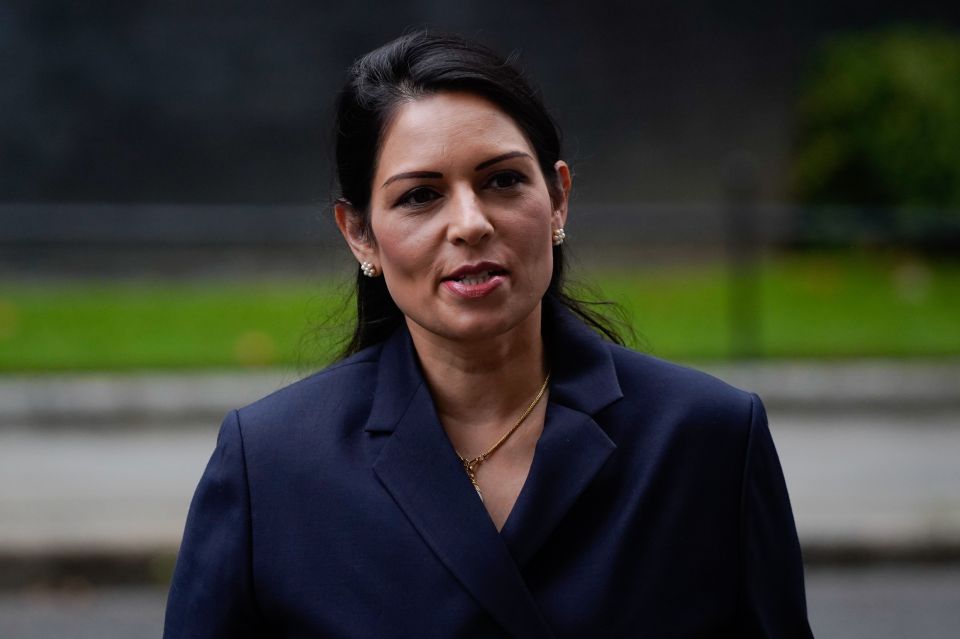 Priti Patel looked at shipping tho...