MORE than 100 Tory MPs are urging Rishi Sunak to slash beer duty in pubs in next week’s Budget to help save British boozers.

They have written to the Chancellor to plead with him to cut “keg tax” amid fears too many locals are going under.

Bars are struggling to compete with cheap alcohol sold in supermarkets.

Drinkers have to pay around £1 in tax for every pint of beer in a pub — the highest rate in Europe.

The Long Live the Local campaign revealed 1,000 UK pubs shut in the first half of 2021 alone — the equivalent of five a day.

Red Wall MP Richard Holden has written the letter to the Treasury — co-signed by 102 MPs.

Mr Holden said: “A cut will not only significantly bolster our much-loved pubs, but also have great knock-on effects for British agriculture and employment.”

GIFT OF THE GOVE

‘LOCKDOWN BY BACK DOOR’

Another 60 MPs from the Tories, Labour and Lib Dems have also written to Mr Sunak wanting VAT slashed on pub food and drink.

The Chancellor is carrying out a review on alcohol tax and is considering cutting it for beer from kegs and sparkling English wine to protect pubs and boost home-grown drink exports.

It comes after he was given pre-Budget wriggle room as new figures showed Britain borrowed less money than expected last month.

Government borrowing fell to £21.8billion in September, from £28.8billion in the same month a year earlier. 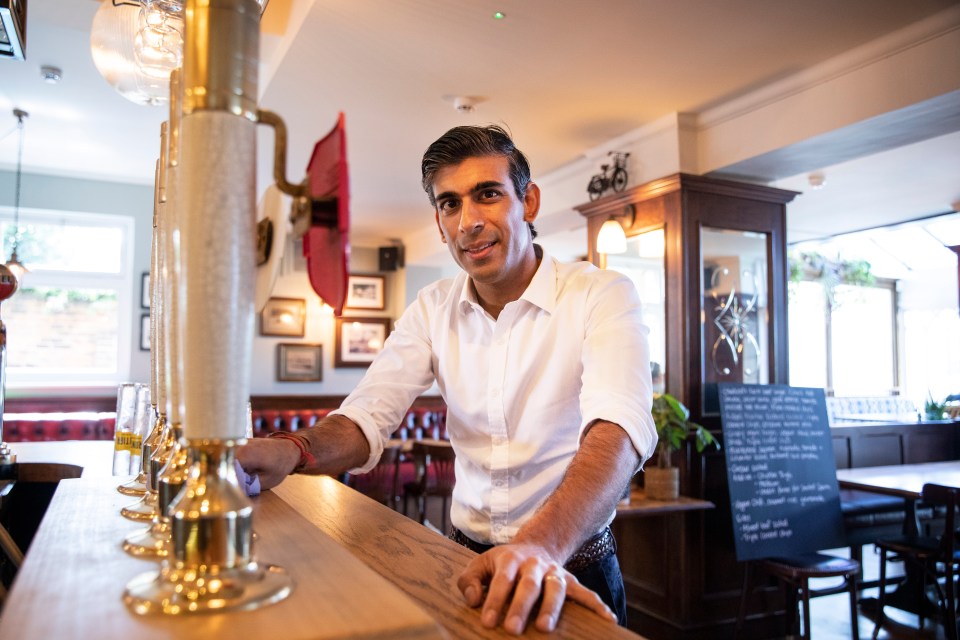