DOWNING Street summoned the Chinese Ambassador to slap down Beijing for breaking the deal to hand over Hong Kong for a third time.

Foreign Secretary Dominic Raab is under pressure to hit back after China booted out Hong Kong pro-independence politicians from their Legislative council.

The Foreign Secretary said China has ‘broken promises’ and the UK will ‘stand up for the people of Hong Kong, and call out violations of their rights and freedoms’[/caption]

It’s the third breach of the deal, and Mr Raab said China has “broken promises” and the UK will “stand up for the people of Hong Kong, and call out violations of their rights and freedoms.”

But Foreign Affairs Select Committee chair Tom Tugendhat called for No10 to work with international partners to strip Hong Kong’s trade benefits and now treat it as part of mainland China.

He told the Commons: “May I ask therefore what conversations he has had with the Department for International Trade, with partners in the World Trade Organisation and others around the world to make sure that Hong Kong is designated correctly as a part of China and no longer with a separate status for customs, or indeed for any other form of commerce?”

Foreign office Minister Nigel Adams said while the government is “striving” for more trade with China “We won’t sacrifice our values or our security.”

“We’re very clear-sighted about the challenges and, as we continue to engage, we will always protect our national interest.”

In a statement, Mr Raab said the UK will work with allies to hold the Chinese government to its obligations under international law.

“China has once again broken its promises and undermined Hong Kong’s high degree of autonomy. The UK will stand up for the people of Hong Kong, and call out violations of their rights and freedoms.

Mr Adams later told the Commons that Chinese ambassador Liu Xiaoming has been summoned to the department for the Government to register its “deep concern” at Beijing’s action. 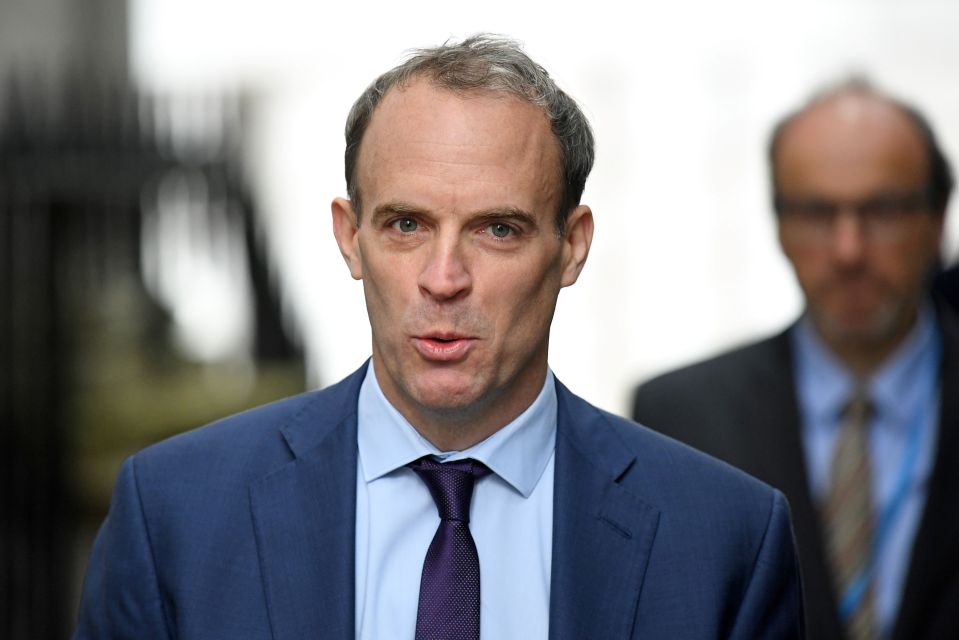 Boris Johnson has been blasted for...