MICHEL Barnier was served fish at his first Brexit dinner in No10 last night – as our negotiator warned him the EU’s demands are a load of pollocks.

The Frenchman tucked into a fillet of halibut as he and David Frost picked the bones out of access to our waters.

Over a three-course meal the pair also enjoyed a grilled asparagus starter and summer fruits terrine for pudding.

It came just after Mr Barnier revealed the bloc is ready to accept British plans that will give our boats a far greater share of catches.

The decision to serve him fish is the latest in a line of food faux pas during the talks.

Mr Barnier is known to be a healthy eater who prefers light meals. Menus for diplomatic dinners are agreed in advance due to dietary requirements.

The meal kicked off a series of more informal meetings this week designed to break the Brexit stalemate.

They will be the first talks to take place in London, with previously planned rounds shelved due to coronavirus.

The pair kicked off a series of more informal meetings designed to break the Brexit stalemate by dining together in No10.

He said: “The EU wants an agreement – and we are doing everything to succeed – but not at any price.

“We are engaging constructively and I look forward to equivalent engagement from the UK this week.”

The PM’s spokesman said the two men would “cover everything from what the EU calls the level playing field through to governance structures”.

Yesterday it emerged Spain has agreed to shelve its sovereignty claim over Gibraltar in a major boost to the trade talks.

Madrid’s biggest parties will drop their demands for joint control over the Rock while the negotiations on an FTA are ongoing.

The centre-right People’s Party wanted to “take advantage of the historic opportunity of Brexit” to claim sovereignty.

But left-wing PM Pedro Sanchez and his allies rejected the calls, stressing the importance of securing a trade deal with Britain.

KIDS ARE ALL RIGHT

The move dramatically improves the chances that a deal can be smoothly put in place by the end of the year.

Spain has the right to block any FTA from applying to the Rock, and is already holding talks with No 10 on several issues.

They two sides are negotiating over cooperation on citizens’ rights, the environment, police and customs, and the sale of tobacco. 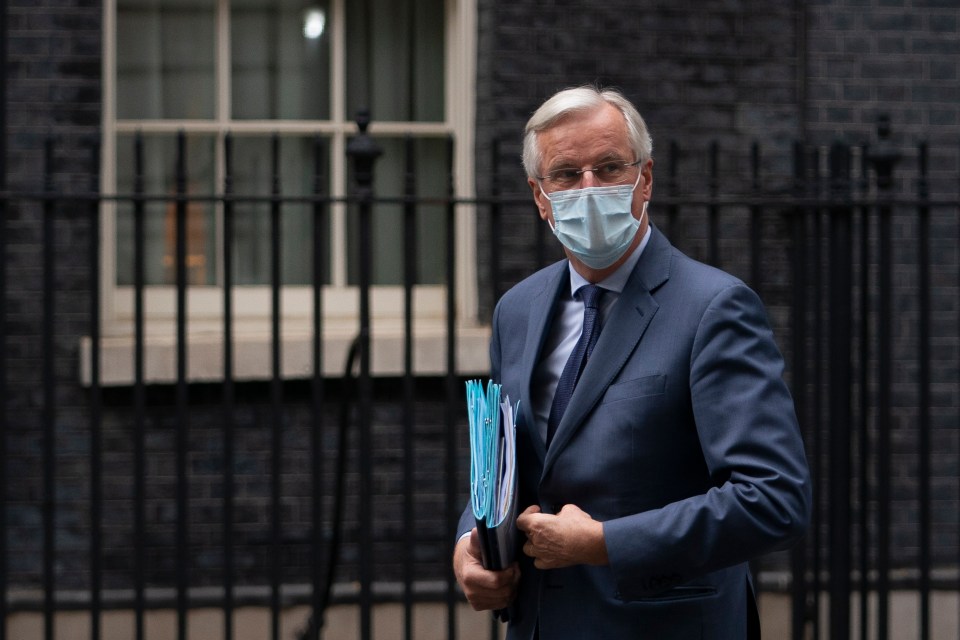