DOWNING Street has been forced to deny claims Boris Johnson is set to quit within six months because of continued illness from Covid-19 as “utter nonsense”.

No10 has knocked back a report quoting chief adviser Dominic Cummings’ father-in-law suggesting that the PM was ready to step down because of the toll coronavirus has taken on him.

The claims made by The Times diary column cited journalist Anna Silverman, who had visited Chillingham Castle in Northumberland, which is home to Sir Humphry Wakefield, the father of Mr Cummings’ wife Mary.

Sir Humphry apparently “merrily” told Ms Silverman that Mr Johnson is “still struggling badly with having had Covid-19” and “will stand down in six months”.

But the claims have been laughed off by Downing Street.

A No10 spokesperson told The Sun: “This is nonsense”.

The PM was admitted to the intensive care unit at St Thomas’ Hospital in London in April after he became sick with the virus, along with Health Secretary Matt Hancock and Chief Medical Officer Professor Chris Whitty.

Mr Johnson was given “oxygen treatment” and spent three days in intensive care.

In a video following his discharge from hospital, Johnson thanked health service staff for saving his life.

He said the NHS had “saved his life”.

Boris Johnson after he was discharged from hospital[/caption]

He applauded the work of two nurses Mr Johnson said stayed at his side for 48 hours “when things could have gone either way.”

The PM spent some time at Chequers with fiancé Carrie after his stint in hospital.

Mr Cummings’, the PM’s chief adviser, was the centre of an uproar when he was accused of breaking lockdown rules when he and his wife drove from London to Durham.

Mr Cummings has been ridiculed after claiming he took at trip to tourist destination Barnard Castle to “test his eyes”. 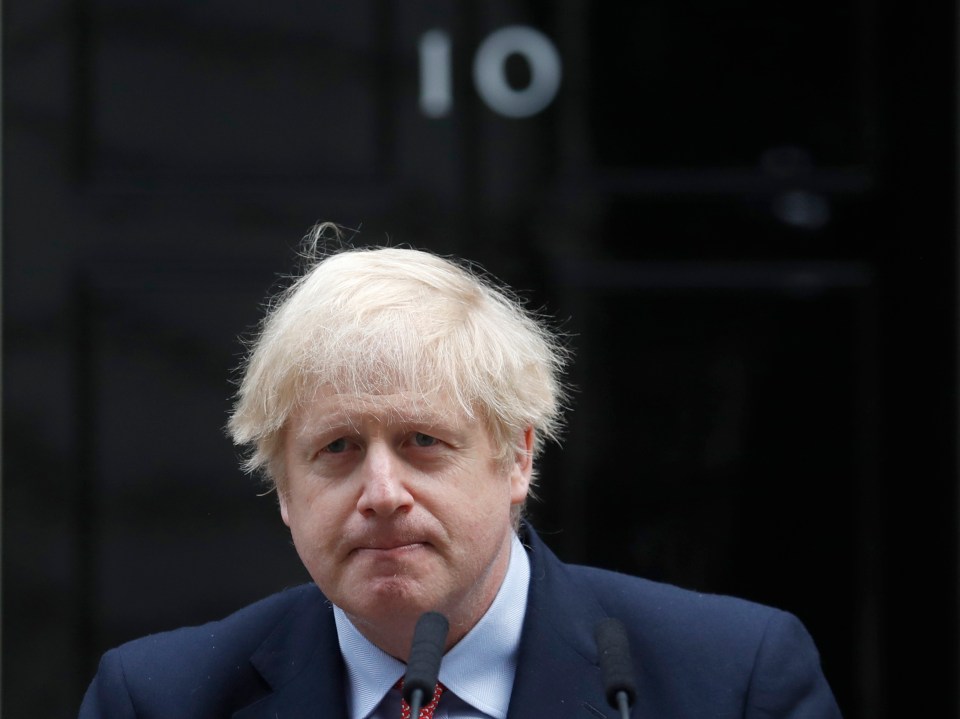 Pubs could be ordered to SHUT in B...

Rule Britannia! subtitles should b...