NIGEL Farage has told Lib Dem boss Ed Davey to “get a life” for complaining to the police after he was pictured enjoying a pint in a pub following a trip to the US.

Mr Davey accused the Brexiteer of flouting coronavirus quarantine rules and said he had shown a “flagrant disregard” for the safety of others.

But the former Ukip leader, 56, who has just returned from a Donald Trump rally in Oklahoma, hit back: “I have been back 14 days. But, more importantly I have tested. That test said I do not have any signs of the virus at all.”

When asked whether that test meant he was entitled to end his quarantine early, he replied: “Well, you make your own mind up on that.”

Having been told about the complaint to Kent Police by Mr Davey, he replied: “Sad Ed Davey. Needs to get a life.”

The row kicked off after Mr Farage claimed to be the first customer in his local boozer as it opened its doors to the public at 12pm on Super Saturday.

The arch-Eurosceptic posted a picture of himself on Twitter as he enjoyed his first sip of beer and captioned the photo: “12 o’clock, first customer in. Love it.”

But he could have broken quarantine rules as he was pictured on June 20 at Mr Trump’s campaign rally in Tulsa, meaning he didn’t return to the UK until the next day at the earliest.

Sad Ed Davey. Needs to get a life

If he came back on June 21, it would have meant he visited the pub on while he was meant to still be in quarantine.

The current rules state a person has to remain in isolation for 14 days after returning to the UK from the US.

The Government’s website states: “You are not allowed to leave the place you’re staying for the first 14 days you’re in the UK except in very limited situations (known as ’self-isolating’).”

Mr Davey said: “There are clearly serious questions to answer for Nigel Farage.

“It is clear from his social media posts that he was in American on June 20, and he was pictured at a Trump Rally that evening.

“Given the current requirements for visitors returning to the UK to isolate for 14 full days on their return, Nigel Farage appears to be in violation of the quarantine.

By choosing to go to the pub when it appears he should have been staying at home, Mr Farage is showing a flagrant disregard for the safety of people in his community.

“It is a responsibility of everyone to take the lockdown requirements seriously in order to stop the spread of the virus.

“By choosing to go to the pub when it appears he should have been staying at home, Mr Farage is showing a flagrant disregard for the safety of people in his community.

“I have written to Kent Police asking them to urgently investigate the timeline of Mr Farage’s travel and ascertain whether he has breached quarantine rules.”

Thousands of boozy Brits poured into pubs yesterday as locals opened their doors for the first time in four months due to the coronavirus restrictions.


Meg ‘has gone worryingly quiet’ and is ‘struggling to cope’, relative claims

There were scenes of booze-fuelled chaos on the streets with a police chief saying it was “crystal clear” revellers would not adhere to the one-metre social distancing rule.

However, Matt Hancock said today he was “pleased” to see Brits back out at pubs.

The Health Secretary added that “very largely people acted responsibly” and told the public to “get out there and enjoy summer”. 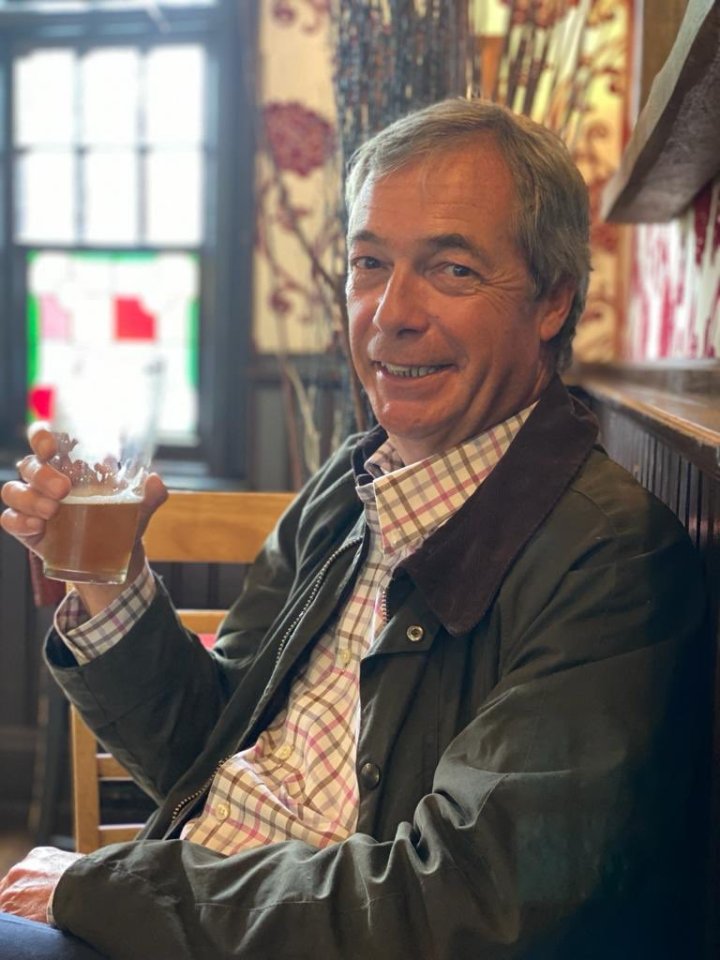