NICOLA Sturgeon and other UK leaders forced the France quarantine cut-off to be brought forward by 24 hours last night.

Devolved leaders had discussions with the UK Government after 9pm to discuss the new quarantine measures and when they would come in to force. 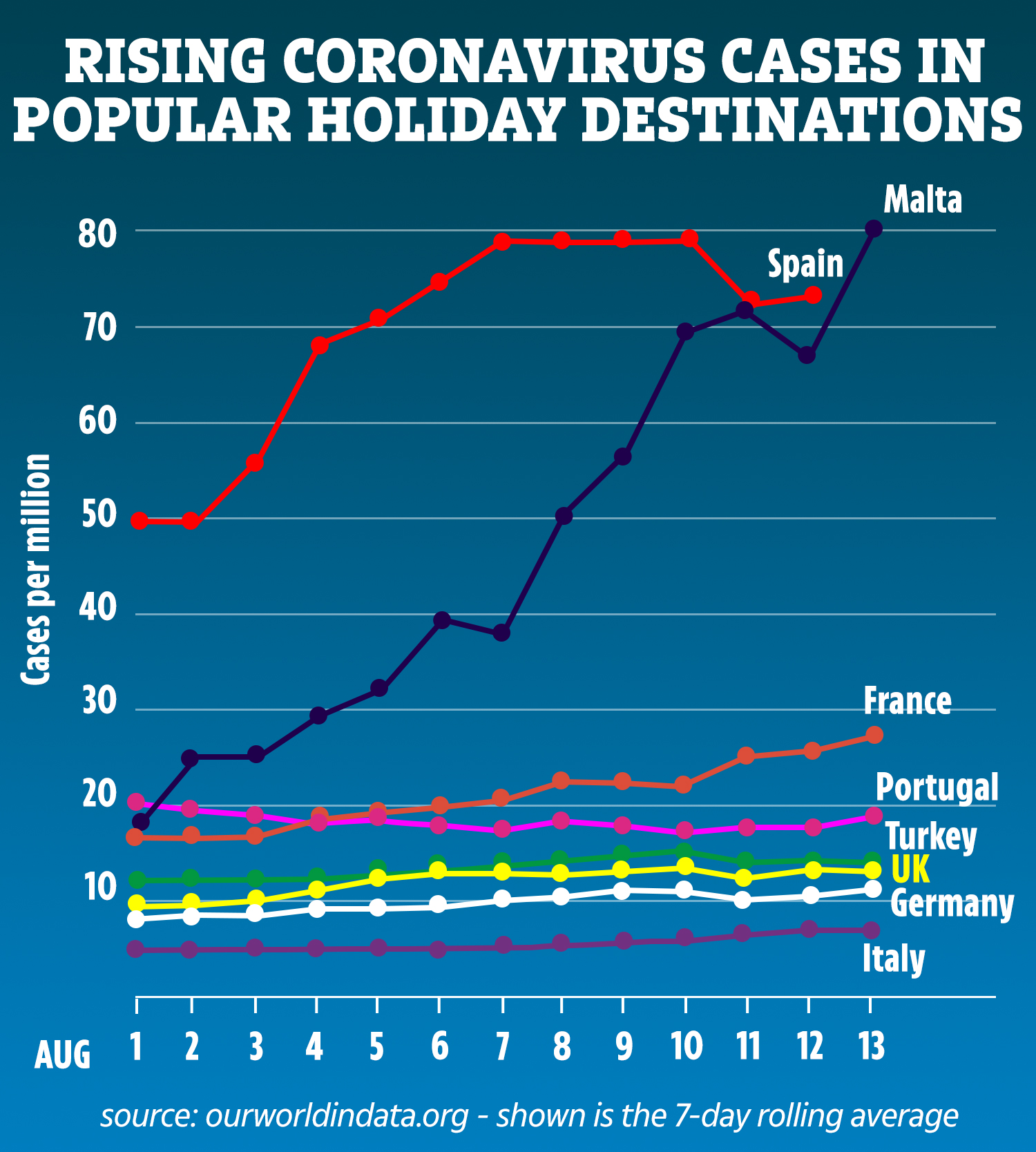 It’s understood that Downing Street wanted to have the quarantine cut off on Sunday to give people more time to return home before having to self-isolate for two weeks.

Now Brits coming in after 4am on Saturday morning will have to quarantine for 14 days when they get home.

Mr Shapps fuelled the chaos last night when he announced the radical moves would be for people who “come back from Sunday”.

At the daily briefing in Edinburgh today, Ms Sturgeon insisted it had been “imperative” to act as quickly as possible.

She said: “Where we have a situation where we think a situation in a particular country has deteriorated we cannot hang around before we impose quarantine.

“There is a real imperative to act as quickly as possible.”

The day of notice is more than travellers in Spain had – when the news of their quarantine broke with just a few hours of notice.

And residents in the North of England were told just over two hours in advance of their fresh local lockdown a fortnight ago.

160,000 Brits are in France at the moment, the Department for Transport estimates.

Thousands are desperately trying to get back to the UK before the new rules come into force.

As BA flight prices rocketed from £664 to £770, Eurotunnel Le Shuttle warned all shuttles are fully booked until tomorrow and there is no “additional capacity” being added.

There are winding queues building to board ferries at Calais for Dover – with passengers struggling to get last minute tickets.

Brits are being told not to turn up at ports without tickets as they will likely be turned away.

Transport Secretary Grant Shapps said anyone who turns up trying to get a last minute seat home before the quarantine comes into force will “almost certainly be disappointed.”

Mr Shapps told Sky News: “Don’t just turn up because you will almost certainly be disappointed and it will just create queues which no one wants to see.”

IT manager Lewis Kitson, 37, said: “This is just a complete shambles. It’s chaos. They’re making it up as they go along now.

“They can’t justify this. It’s guess work. I’m not bothered about quarantine if I’m too late. I’ve just come through France on a road trip. I’m trying to book to get home.

“They’ll have to put me in prison before I comply with quarantine.

“The whole thing is ridiculous. It’s still not enough time. I’m really trying to get a ferry booked. It’s a disgrace.”

And another returning Brit revealed she was forced to quit her job on a superyacht in the south of France over fears quarantine would make her miss her first few weeks at university.

The 21-year-old stewardess, who arrived into London’s St Pancras International at 9am today, said: “I don’t think the quarantine is a good thing at all. I think it is so stupid.

“There is nothing whatsoever stopping anyone visiting their friends and family when they have been travelling.”

The Sun can reveal concerned medics intervened to warn the PM that France’s numbers were starting to spiral out of control.

The PM risks a row with France’s president Emmanuel Macron, who was on holiday yesterday in the South of France. 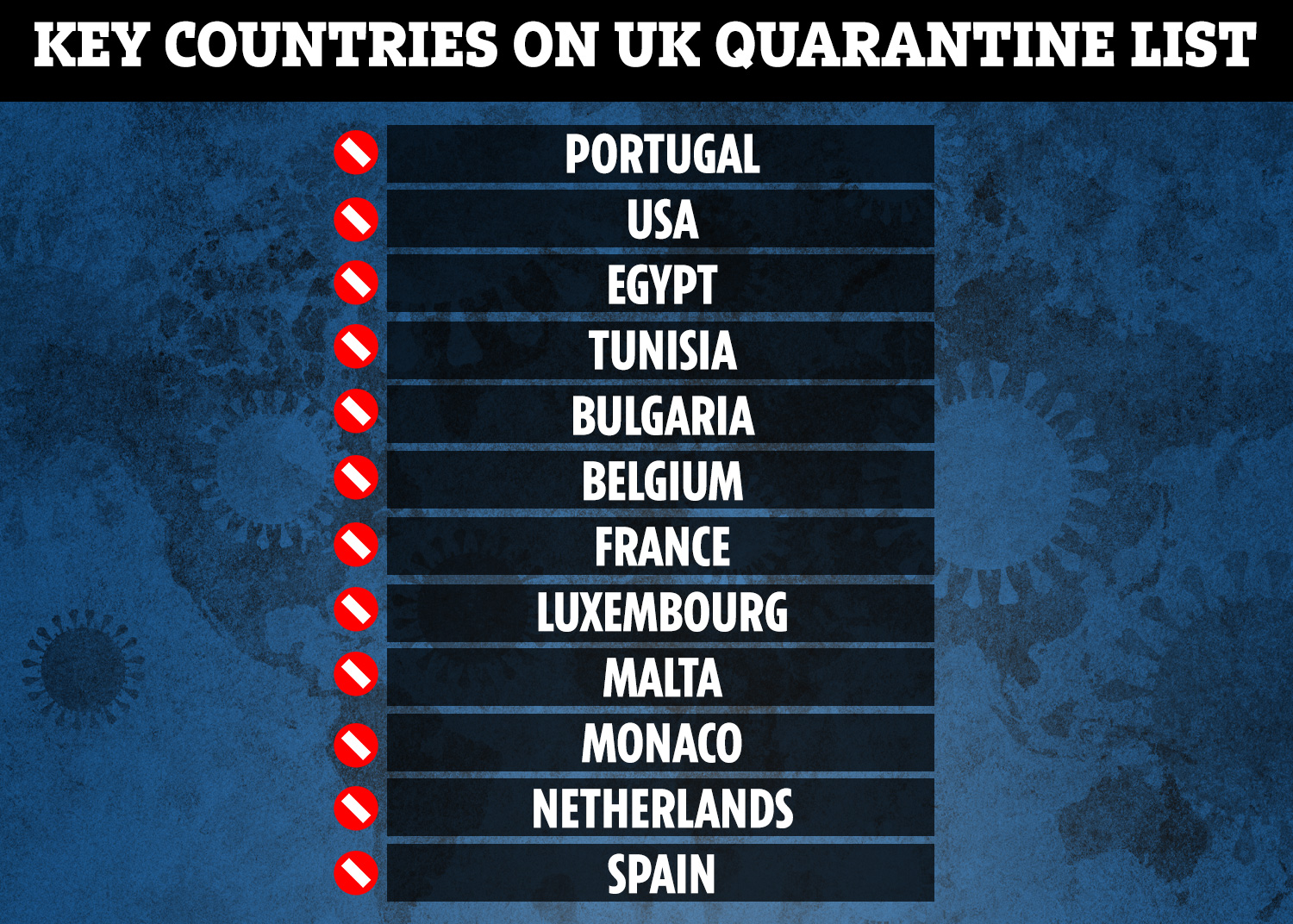 British tourists in France are being charged hundreds of pounds to return home before quarantine restrictions are imposed.

British Airways hiked fares up to nine times for passengers returning from the south of France.

The final seats on its afternoon and evening flights from Nice to London were costing €727 and €854 – compared to E102 for passengers flying next Monday, a kayak.co.uk search showed.

DFDS Seaways doubled fares for ferry passengers sailing from Calais to Dover yesterday, with two passengers and one car costing £196, compared to the £109 next week, a directferries.com search showed.

P&O ferries had availability last evening – but prices were at least £200 a car, rather than £90 on normal days.

The lowest priced Eurostar tickets available this morning were £210.

France’s secretary of state for European affairs said the UK decision would lead to “reciprocal measures” across the Channel.

Clement Beaune tweeted: “A British decision which we regret and which will lead to reciprocal measures, all in hoping for a return for normal as soon as possible.” 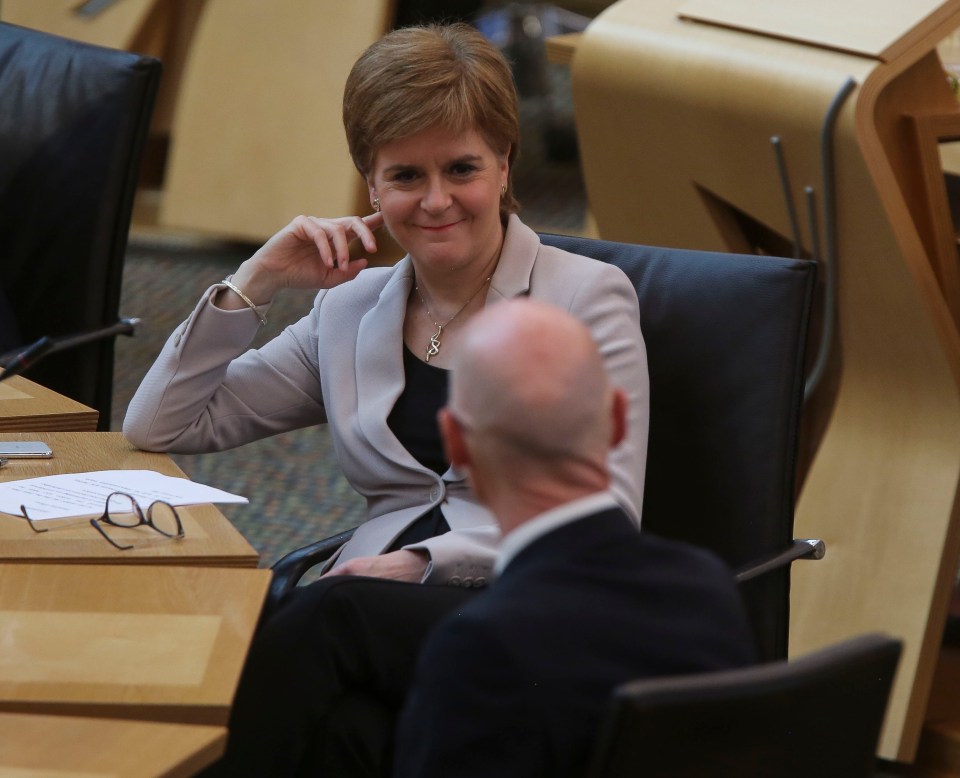