TOP MP David Davis has blasted Public Health England as “over controlling” and claimed it got “very single task” wrong during the pandemic.

His scathing blast comes as it was suggested that the Government body could be ditched – with senior figures said to be unhappy about their response to the crisis.

It came after the Prime Minister attacked the response to the virus yesterday as “sluggish” – with sources suggesting PHE were to blame.

The PM said in his major speech in Dudley yesterday: “The problems in our social care system, the parts of government that seemed to respond so sluggishly that sometimes it seemed like that recurring bad dream when you are telling your feet to run and your feet won’t move.”

Public Health England – an executive agency of the Department of Health and Social Care – are responsible for the nation’s testing regime, and were widely blamed for having to give up track and trace in the early days of the pandemic, once the number of cases grew.

However, the decision was made jointly with the Government’s SAGE group of scientific advisers – and ministers.

PHE were also attacked for not taking up help from universities and other third parties to help with ramping up testing capacity sooner.

A former Conservative health minister told The Telegraph: “I think PHE is destined for the chop, and the main issue is why we didn’t ramp up testing sooner”.

Former Brexit Secretary Mr Davis told MailOnline today: “They made a complete mess of the testing arrangements; they were over-centralised, over-controlling and massively reduced our ability to test.”

He warned the decision not to test everyone from the very beginning was “precisely the wrong thing to do”.

Former Conservative leader Iain Duncan Smith added that he would “abolish PHE tomorrow” because of its response to the crisis.

However, Mr Davis told MailOnline: “We’ve probably got other things to do.

“But before the winter crisis, the government has to reorganise this, whether that’s abolition or taking some of the powers away from them and giving them to someone else.

“We can’t manage the next winter [the ways things are run now].”

The PM reportedly told MPs on the 1922 Committee earlier this year that he was planning to review “a number of instirtutions” after the pandemic is over.

He hinted that PHE’s existence might be under threat when he told the 1922 Committee of Tory MPs in May that he was planning a review of ‘a number of institutions’ after the pandemic is over.

A No10 spokesperson said this lunchtime: “Public Health England are playing a key role in our response, working on important issues such as detection, surveillance, contact tracing and testing.

“They have been working hard to help protect the country and to provide insight in our efforts to beat the virus.

“The roadmap says we must learn the right lessons from this crisis and act to ensure the Government structures are fit to cope, and to respond to any future epidemic.

He added: “We have made changes to structure already, for instance we have set up from scratch NHS Test and Trace and the Joint Biosecurity Centre.

“Any future changes that we might make would be aimed at further strengthening our public health capabilities.” 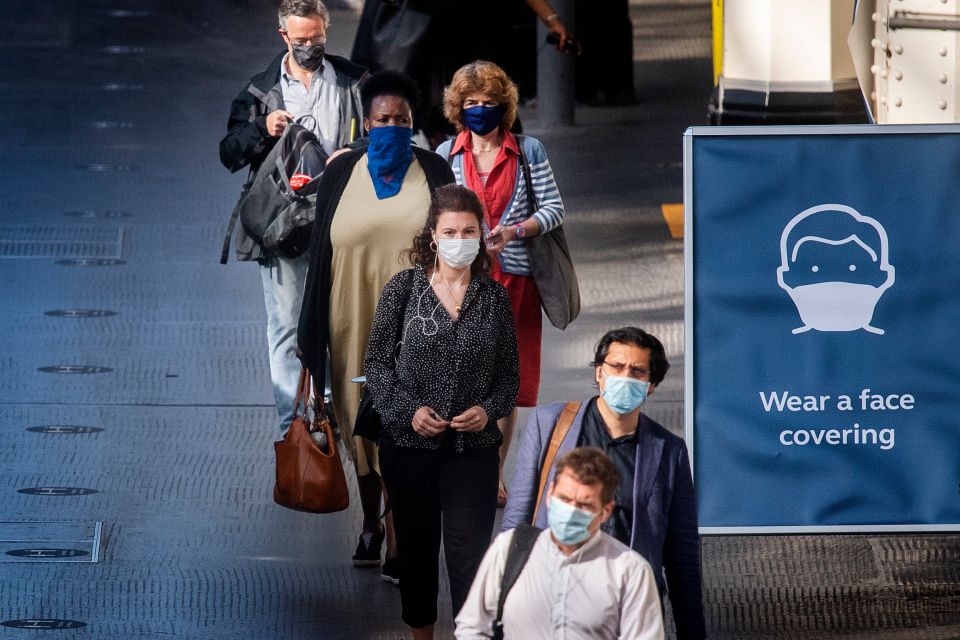 ‘Medical emergency’: Newcastle vs Tottenham match halted due to incident in crowd as fans and players concerned

‘Priceless’: US students accused of ‘hypocrisy’ as they back diversity quotas… unless it comes to college football team (VIDEO)