MINISTERS have vowed not to be “the Grinch that stole Christmas” — but hopes are fading of seeing in the New Year with friends and family.

Boris Johnson’s proposal for a relaxing of lockdown across the UK has hit a snag after Nicola Sturgeon raised fears about Hogmanay parties in Scotland.

Ministers, including the PM, have vowed not to axe Christmas but hopes are fading of spending New Year with family[/caption]

Downing Street and the devolved administrations are working on a plan that will see five days of festive household mixing allowed from December 24 to 28.

But Scotland’s First Minister warned in a call with Cabinet Office Minister Michael Gove that, with New Year’s Eve being bigger than Christmas Day for some Scots, rules could be broken then.

A Whitehall source claimed: “She said she wanted to talk to her chief medical officer about what to do before agreeing to the Christmas plan.”

Her team last night furiously denied she tried to throw a spanner in the works but she appeared to snuff out any hopes of big parties to see in 2021.

Prof Gabriel Scally, from Bristol University and a Sage member, warned meeting family at Christmas could make it a dangerous time and mean “burying relations in January”. 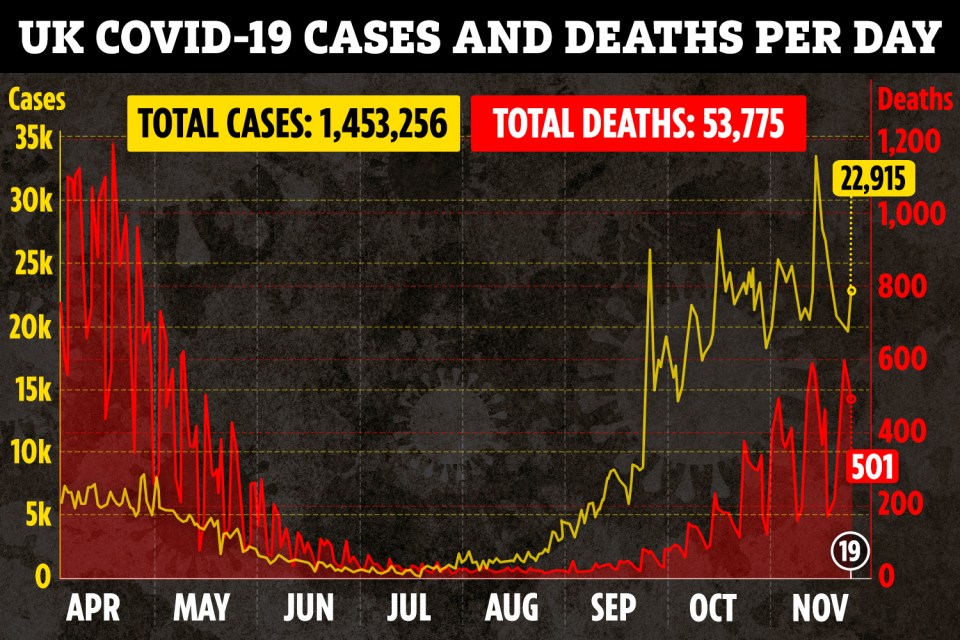 Meanwhile, figures suggest the virus in England has stopped growing and deaths may peak soon.

Researchers say the R rate is on a “clear downward trend” and around one in all regions.

The Government yesterday reported a further 501 UK deaths within 28 days of a positive Covid test, taking the toll to 53,775.