A GROUP of migrants were fished out of the Channel after attempting to make the crossing in an inflatable paddling pool – using road signs to steer.

The men nearly made it out of French waters, around 14 miles off the coast when they were stopped and dragged back to Calais.

Home Secretary Priti Patel was alerted to the group making the attempt by Border Force officials working with their French partners.

One source said “you can imagine her reaction” when she was told – and that they were close to making it to international water.

French officials have been accused of allowing small boats carrying illegal migrants into international waters, forcing British authorities to take them to the UK.

A source said: “There was a call to say that a small boat had been spotted attempting to make a crossing.

“When a patrol came closer they discovered it was four migrants in a paddling pool, using road signs to propel themselves and steer.

“To be fair to them they’d put in a hell of an effort to get so far.”

The source added: “Calls were made to the French and it was pointed out that if they couldn’t stop a paddling pool crossing, they would be an international laughing stock.

“They mobilised shortly after, swung into action and stopped it.”

Captain Matt Coker revealed he regularly observes migrants being “escorted” through the waters.

He said: “They don’t seem so interested in stopping the vessels as they do escorting them across.”

More than 1,000 migrants in small boats have been intercepted by Border Force vessels as they attempted to reach the UK this year.

April had been the busiest month for crossings on record, with at least 476 migrants intercepted.


Maddie suspect may NOT be charged admit prosecutors despite ‘concrete evidence’ 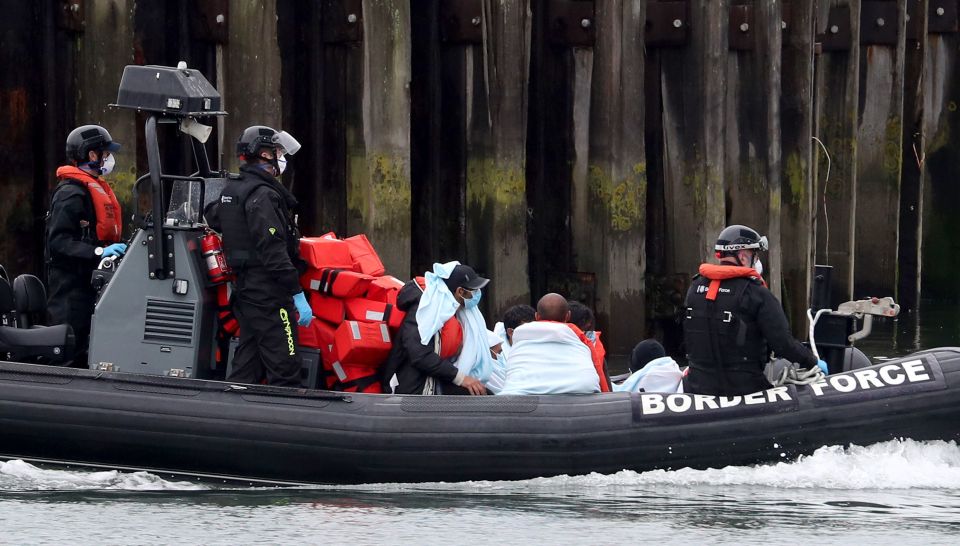