THE Conservatives were hit by a fresh sleaze row tonight over claims party chiefs offered dinner with the Housing Secretary to property developers for £4,000.

In a furious behind the scenes dust up, The Sun can reveal Michael Gove “point blank refused” to be sat with any builders and later walked out of the lavish fundraising bash early.

Tory HQ had advertised the 4 October party conference dinner with an offer for paying customers “to place a preference of senior minister to host your table” of 10 guests.

But The Sun and Sky News have been told a number of Cabinet ministers were angered that the £400-a-head dinner attempted to seat them near paying punters with interests directly involving their ministerial briefs.

A senior minister said: “Nobody really wants to do these dinners because there is always a risk of conflict of interest but this one was a joke.”

It was claimed requests for Mr Gove to dine with property firm executives sparked a furious backlash from the Cabinet big beast who sources say “point blank refused to come” if he was sat with any of them.

Tonight a CCHQ spokesman insisted: “At no stage in the preparation for this event did CCHQ plan to sit Mr Gove with any property developers. Any claims to the contrary are entirely false.”

But eyewitnesses say the top Tory left the event after an hour “with a face like thunder”.

A senior Tory said: “Michael was trying to be whiter than white on this stuff and as he’s in charge of billions of potential developments, he had made clear he would not sit with developers and left after an hour.”

They branded the event “a farce” and said the party’s fundraising operation “needed a total reality check.”

The senior insider pointed the finger of blame at party co-chairman Ben Elliott who is in charge of raising party funds, but has been at the centre of a number of fundraising rows in recent months.

The source said: “They really don’t help themselves with situations like this. Ben Elliott needs to answer for this stuff.”

‘SOLD TO THE HIGHEST BIDDER’

Mr Gove’s predecessor Robert Jenrick was marred by a major sleaze affair after sitting next to billionaire developer and discussing a big housing project.

But Labour said the Conservatives had clearly failed to learn their lessons from that scandal.

Labour’s Steve Reed hit out: “Despite the outrage caused by the former Housing Secretary doing favours for a wealthy developer donor, Ben Elliot and his Conservative colleagues clearly think control of the planning system can be sold to the highest bidder.”

‘LOCKDOWN BY BACK DOOR’

The Tories hit back: “It will not come as news that the Conservative Party, like all major political parties, holds a business event at its annual conference.

“For this event, as with others organised by the party, CCHQ undertook robust due diligence to guard against any conflicts of interest.” 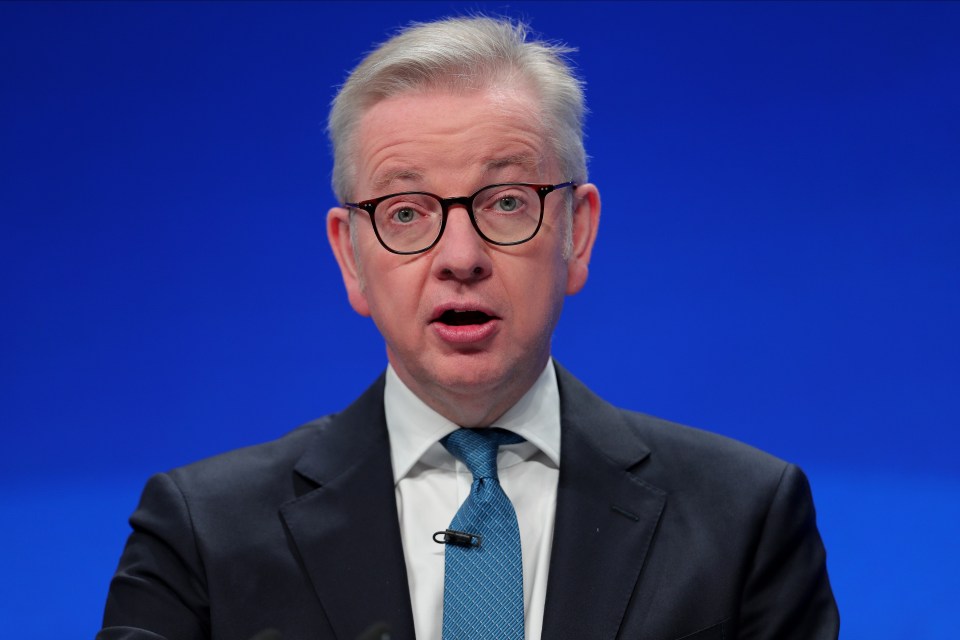 FIFA urges governments to rehome A...