Health Secretary Matt Hancock said he would take the coronavirus vaccine first – if it helped convince people to take it.

He told BBC Question Time he would be able to be one of the first to take the vaccine as he qualifies as a health worker.

But he said he would only jump to the front of the queue if it helped convince more people to take it.

He said: “I’d happily take the vaccine as soon as I am able to…

“I would be happy to do that, the problem is that would be putting me ahead of the queue in terms of clinical need.

“Now, because I work in the Department of Health I count as a healthcare worker so if my taking it when healthcare workers are allowed to take it – so not jumping the queue – if that would persuade a single other person to take it and give confidence to others then I’d be absolutely happy to.”

He also said that the vaccine would not be available privately – as doses had been bought up by governments.

The Health Sec also ruled out distribution being affected by failure to strike a trade deal with the EU.

Pfizer’s miracle jab is made in Belgium, but Mr Hancock said “we can fly in order to avoid those problems.”

He added: “I am confident of that. We have a plan for all of these eventualities.”

Boris Johnson has also said he has “no inhibitions at all” about having the jab, and lashed out at “nonsense” pushed by anti-vaxxers.

He said earlier this week: “I totally encourage anybody who is eligible to get one.

“I would say to everyone, anti-vax is total nonsense, you should get a vaccine.”

And deputy chief medical officer Professor Jonathan Van Tam said earlier this week he had told his own mum to get the jab.

“If I could be at the front of the queue, then I would be. I think the ‘mum test’ is very important here,” he said.

“My mum is 78 – she will be 79 shortly – and I have already said to her: ‘Mum, make sure when you are called you are ready. Be ready to take this up. This is really important for you because of your age’.”

It will likely take until next spring or summer to get everyone a vaccine.

The Government has bought 40million doses of the Pfizer vaccine, but that will only be enough for 20million people as two jabs are needed.

They must be taken 28 days apart – and then another 14 days for them to be fully effective. 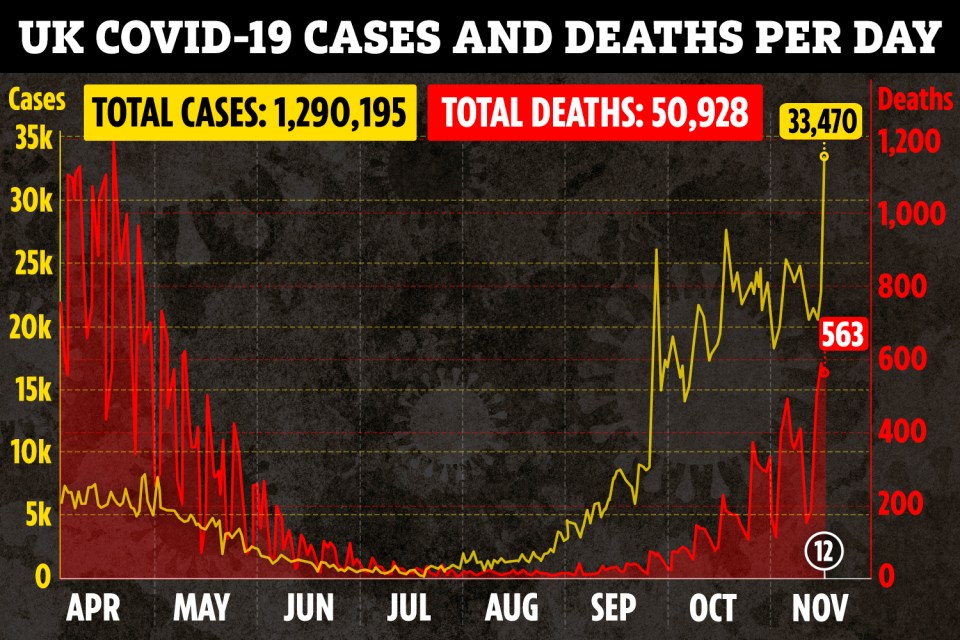