A MAJOR migrant boat crossing crime ring with suspected links to British organised gangsters has been smashed in France.

Cops there have arrested six people who are suspected of organising dozens of small boat crossings for at least the last six months.

The Iraqi and Syrian men, aged between 24 and 42, were held after police swooped on apartments in the city of Sin-le-Noble in northern France.

They are said to have played a “crucial” role in a large number of crossings stretching back to at least May.

And it is believed they are linked to British organised crime gangsters who have been arranging for the migrants to be put to work in their business.

It is believed the crossings have been for discounts in return for “slave labour” in the UK in launderettes, takeaways and cannabis farms owned by the networks.

Fourteen inflatable boats equipped with engines which had been purchased were also seized.

French detectives launched a painstaking investigation which involved tapping the gang’s phones and monitored the flats for days.

Messages on encrypted phone apps revealed the strong links to British criminals, it is understood.

Four of the gang will appear in court in Boulogne in Friday. The prosecution is planning to apply to remand them into custody while the investigation can continue.

A source said: “This was a sophisticated operation and required a painstaking investigation which lasted several weeks.


Boy, 10, dies to become one of Britain’s youngest Covid victims

CLASH OF THE TITANS

“Messages on encrypted phone apps are believed to have revealed the links to Britain. There is information sharing between the UK and the French.

“French police are thought to have used phone taps to help nail them. It’s a major victory but in no way will this bring to an end the problem.”

It comes as around 60 migrants made the journey on Monday – bringing the number of people who have crossed this year to nearly 8,200. 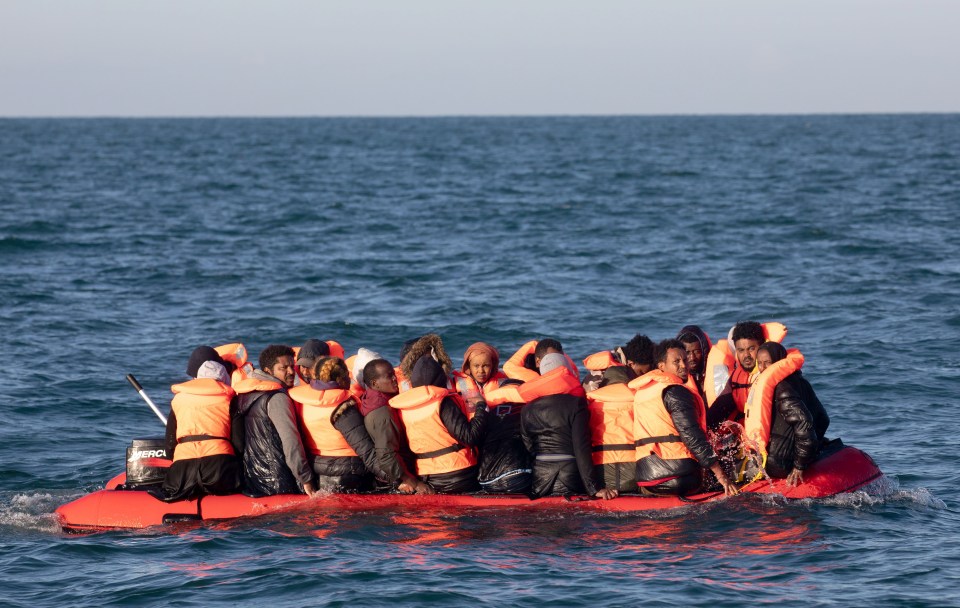