MINISTERS have been warned of loopholes in the Government’s air bridges plan – as the EU announced their list of safe countries yesterday.

MPs said that there was a fear that passengers from their safe list could then get to the UK without having to quarantine for 14 days.

Henry Smith, the Conservative chairman of the cross-party Future of Aviation Group, told the Daily Telegraph: “It starts to beg the question as to whether we should have a broader opening up, rather than bilateral corridors.”

EU leaders agreed a list of 15 non-EU countries for which border controls could be lifted from today, enabling travellers from “low risk” countries including Algeria, Japan, China, Rwanda, Thailand, Morocco and Tunisia to fly freely into Europe.

But most of them are not expected to be on the Government’s list of “safe” countries just yet.

Air bridges – also known as travel corridors – will be set up with other countries with lower levels of infection.

Paul Charles, a spokesman for the Quash Quarantine campaign group said: “Unless the UK closes itself off from the rest of Europe, it is going to be impossible to keep these visitors out.”

Earlier this week the Government confirmed it would drop quarantine measures for people coming back from some countries.

In a written statement on Monday night, Transport Secretary Grant Shapps said that the Government will “shortly begin to ease the health measures at the UK border” which will allow passengers to be “exempted from self isolation requirements”.

The UK is set to reveal a traffic light system for holidays tomorrow, where Brits won’t have to isolate for two weeks when they return, for a certain list of areas.

Most EU destinations are expected to be on the list.

Turkey is hoping to welcome British tourists again shortly and expects to be on the list of destinations to be exempted.

The nation’s ambassador to the UK, Umit Yalcin, insisted it is safe to open up travel with Turkey despite a recent spike in cases after lockdown restrictions to combat the spread of Covid-19 were eased.

Meanwhile, Eurostar is to restart direct services from London to Amsterdam and Disneyland Paris in the coming weeks.

The cross-Channel train operator announced it will resume its Anglo-Dutch route from July 9.

But people will have to isolate at home for 14 days if they come back from areas which have a higher risk, such as the USA.

The travel advice is expected to be changed later this week to allow people to be able to go abroad again.

At the moment only journeys that are deemed as essential should be going ahead, the Foreign Office says.


‘Brit’ woman, 21, ‘raped in Spanish resort after being stalked by predator’

The news comes as it was revealed that foreign holidays have had their prices slashed to try and lure people to go away this year.

The average price of a foreign holiday is 40% cheaper this summer – from £177pp in Spain and £201pp in Greece.

According to the holiday comparison site Travel Supermarket, customers are being offered more for their money, more stars and an increased board type.

When Sun Online Travel looked, we found holidays for as little as £177pp for seven nights in Fuerteventura, flying from Luton on July 17, based on a family of four sharing.

However, Greece has just announced that it is extending a ban on UK flights until July 15 because of the high number of coronavirus cases. 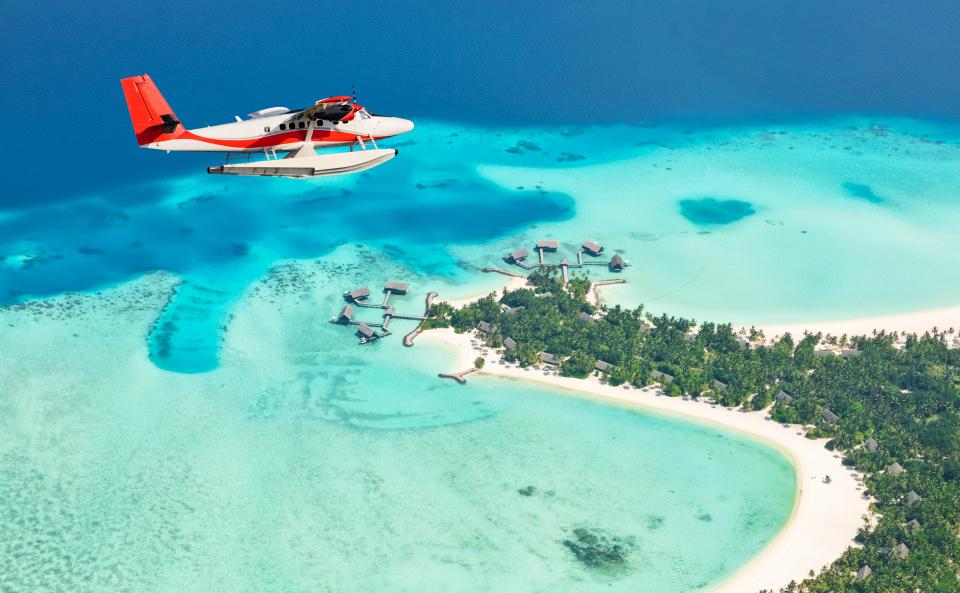