BORIS Johnson gave Brexit bruiser Dominic Cummings his marching orders rather than letting the axed aide serve until Christmas, The Sun can reveal.

The Vote Leave veteran quit after a brutal Downing Street power struggle saying he would serve in No10 until the end of the year when Britain finally exits the EU.

He was ordered to leave by the PM tonight[/caption]

But lockdown rows, leaks and attacks on his fiancée Carrie Symonds were the last straw for the PM who was heralded by senior Tories last night for “taking back control of his premiership”.

The Sun has learnt a livid Prime Minister wanted him and ousted PR man Lee Cain out “sooner rather than later” and they will work out their notice away from Downing Street.

A No10 source said: “The atmosphere is one of reset and change and that can’t happen with those two still in the building.”

The PM finally lost his patience with his two enforcers after months of simmering Downing Street tensions and bitter backstabbing – sensationally banishing the guru as well as his long time spin doctor to the shock of Westminster.

A source said: “Their behaviour in the last 72 hours was toxic and Boris said enough is enough.”

Insiders pointed to vicious negative briefings to the press about Ms Symonds and anonymous claims that chief Brexit negotiator David Frost could follow the pair out of the door as “crossing the line.”

Friends of Lord Frost said he was “baffled” by the rumour and warned it undermined his position staring down Brussels in the final stages of trade talks with the EU.

Once all powerful, Mr Cummings threw in the towel on Thursday evening following “a shouty” confrontation with the PM over the ousting of his close ally Mr Cain.

It came amid a week of spectacular briefing and counter briefing that would have made the sweary fictional aide Malcolm Tucker from the BBC’s Thick of It blush.

Ms Symonds and a number or powerful female No10 aides had objected to a plan to promote Mr Cain to No10 boss and told the PM directly of their concerns.

Lee Cain resigned earlier this week over the row[/caption]

That sparked the chain reaction and vicious retaliation in the press that ended with Mr Cummings last night packing up his desk and leaving with a box of his possessions for the last time.

Relieved insiders compared the mood in Downing Street last night to “thawed Narnia” after news of the shock departures ripped through Whitehall.

Last July Mr Cummings, the mastermind of the historic Brexit referendum victory in 2016, was given full control of Mr Johnson’s administration when he got the keys to No10.

He was known to boast that the “Vote Leave” gang were running the country now, and he did so with a heavy hand.

Mr Cummings was regarded as being more powerful than most ministers, exerting control over the Government’s agenda and demanding iron discipline from the army of Whitehall special advisers.

Alongside his close ally Mr Cain, he had been accused by MPs, aides and Ms Symonds of destroying Mr Johnson’s premiership with their aggressive antics and disdain for the Cabinet.

The pair had been central to Mr Johnson’s rise to power and stunning election victory last December, but tensions over the Covid-19 pandemic drove different factions into bloody civil war behind the famous black door of 10 Downing Street.

The Vote Leave veterans were furious they had been overruled by the PM over the appointment of Allegra Stratton, a pal of Ms Symonds, to a new role as the face of No10 in planned TV briefings and saw it as shot across their bows.

And Cummings and Johnson have been increasingly at odds since Mr Cummings controversial breaking lockdown-breaking trip to Barnard Castle, at the height of the pandemic.

Mr Johnson battled to keep his right hand man, but it cost him dearly in the polls and with his MPs.

But it was a series of high profile cockups like the A-level fiasco, Lockdown 2 leak and undignified public spat with England striker Marcus Rashford over free school meals convinced the PM that a dramatic shake up was needed in his top team.

One source said: “Dom has always been big picture and punch ups. But he has no interest and isn’t very good at the day to day tedious stuff and the pandemic has made that very clear.

Things came to a head this month when Mr Johnson was incensed by a massive leak of his plans to plunge England back into lockdown before he had made a final decision.

The finger of blame was pointed at the pair, which they deny, amid accusations they tried to frame Health Secretary Matt Hancock for the news getting out.

Ironically this past week had been shaping up to be a pretty good run for the Government with the double boost of a vaccine in sight and a warm and early overture from President Elect Biden.

But all hell broke loose after a fledgling plan appeared on the frontpages on Wednesday to bump up Director of Communications Cain to Chief of Staff as consolation for Ms. Stratton joining the PR team.

Mr Cain stormed out in the row, and Ms Cummings followed him out soon after.

Senior Tories delighted in the news, with Theresa Villiers saying Dominic Cummings’ departure from No 10 will be “a good opportunity for a fresh start”.

The former environment secretary added: “Clearly there are concerns about the dismissive attitude sometimes shown by Lee Cain and Dominic Cummings towards people in Government and MPs on the backbenches.

The Vote Leave veterans were furious they had been overruled by the PM over the appointment of Allegra Stratton, a pal of Ms Symonds, to be a press sec for the PM[/caption]

Senior Tory backbencher Sir Bernard Jenkin told the BBC: “It’s an opportunity to reset how the Government operates and to emphasise some values about what we want to project as a Conservative Party in Government.”

He said it is time to restore “respect, integrity and trust” which he said have been “lacking in recent months” between No 10 and Tory MPs.

“I’m not surprised in a way that it is ending in the way it is. No prime minister can afford a single adviser to become a running story, dominating his Government’s communications and crowding out the proper messages the Government wants to convey.”

He added: “Nobody is indispensable.” 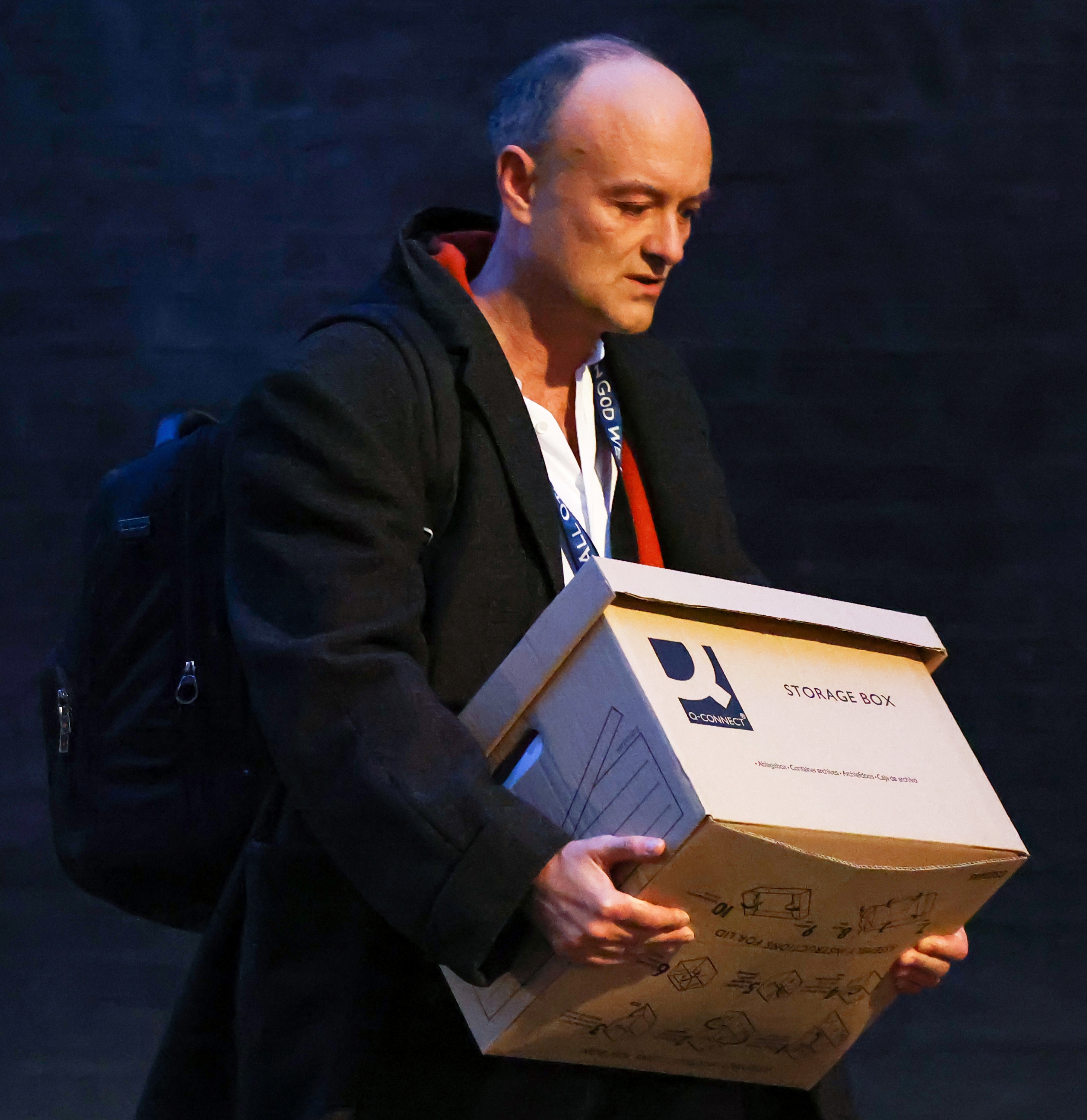