EMERGENCY plans have been drawn up to protect the UK from the perfect storm of a winter second wave of Covid-19 coinciding with a No Deal Brexit, a leaked document shows.

The warnings, including needing the Navy to protect our fishing fleet from illegal EU boat incursions, pile pressure on ministers to do a deal with Brussels as well as ready the system for a virus spike.

The Cabinet Office’s EU Transition Task Force gave ministers and officials a horror show Powerpoint presentation marked “Official Sensitive” amid concerns not enough is being done to prepare for the worst-case scenario.

The leak comes as the latest round of EU trade talks ended with warnings the negotiations are “going backwards” and the chances of No Deal in December is rising.

If the restrictions on trade sparked by a No Deal scenario were combined with a bad winter of flood, flu and Covid-19, hospitals could be overwhelmed.

And parts of Britain may be hit by shortages of power and petrol as 8,500 trucks get stuck at Dover.

In Whitehall’s “reasonable worst case scenario” animal disease might rip through the countryside due to shortages of medicines and the Channel Islands could need military airdrops to avoid running out of food.

It warns the Navy might be needed to stop vigilante British fisherman clashing with hundreds of illegal European fishing boat incursions.

The Sun has seen the doomsday classified document designed to kickstart ministers into a major planning operation to see off disaster. It reveals:

Downing Street is pushing hard for a trade deal but is making contingency plans for an “unruly” exit from the EU transition period at the end of December.

With trade talks looking set to go the wire, there is a risk they collapse — putting up trade barriers overnight on 1 January.

In that scenario planners believe France will force “mandatory controls on UK goods from day one” and between 40 and 70 per cent of hauliers travelling across the Channel may not be ready for this.

That could see flow between Dover and Calais down 45 per cent for three months, triggering long queues of HGVs in Kent.

Ministers have been warned that the NHS could become overwhelmed[/caption]

It could lead to shortages of the 30 per cent of our food imported from the EU as well as medicines, chemicals for drinking water purification and fuel supply.

This could trigger water rationing and even power cuts.

Food supply across the country would be hit by panic buying at Christmas, the busiest time of year.

There are also increasing fears in Whitehall that Covid-19 will return with a vengeance in the winter months.

The planners warned that “pandemic influenza, severe flooding, a Covid second wave and an unruly exit from the EU transition period could cause a systemic economic crisis with major impact on ­disposable incomes, unemployment, business activity, international trade and market stability.”

It could be combined with likely “coordinated industrial action” as well as shortages risking public disorder and a mental health crisis that will hit the poorest hardest.

But, they fear, public compliance with anti-Covid measures could “steadily wane”.

And ministers have been warned the NHS could be overwhelmed by a “one in 40-year flu scenario alongside even a continuation of the current levels of C19 and significantly overwhelmed in any level of second peak”.

The document says five per cent of councils in England “are already at high risk of financial failure ­following Covid-19”.

It means some town halls may go bust and need bailing out or may need to be under direct control of Whitehall.

And inflation could “significantly impact social care providers due to increasing staff and supply costs”.

Flow between Dover and Calais could go down 45 per cent, triggering long queues of HGVs in Kent[/caption]

Ministers have also been told to brace for a further 24 months of virus infections in care homes.

There are fears of public disorder as a result of shortages and a major economic slump.

The outlook is also bleak for Gibraltar and the Channel Islands, both reliant on imports.

Gibraltar could be cut off from Spain and economically crippled and the Channel Islands may need airdrops of medicines and food.

Three quarters of UK medicine imports come through Dover, and many have a limited shelf life — making stockpiling difficult.

During the pandemic the focus on Covid has led to a slump in animal vaccine production.

If the borders are jammed stockpiles could deplete, risking disease among livestock.

When confronted by our leaked document the Cabinet Office outlined contingency plans to avoid the chaos:

It includes extensive winter planning including an extra £3billion for the NHS and an extra £600million for social care.

Covid-19 testing capacity will be extended to 300,000 a day and billions of items of PPE delivered to health and social care workers.

A further £775million will be spent on new border and customs infrastructure and new border rules phased in over six months to try to avoid backlogs.

There will also be an advertising blitz to get businesses ready for changes and encourage them to prepare supply chains and stockpiling of critical medicines.

Data and finance rules will be relaxed to keep firms trading with the EU in the event of No Deal.

Cabinet Office boss Michael Gove said: “We got Brexit done with a great deal in January.

“And we are working flat out to make sure the UK is ready for the changes and huge opportunities at the end of the year as we regain our political and economic independence for the first time in almost 50 years.

“Part of this work includes routine contingency planning for various scenarios that we do not think will happen but we must be ready for, come what may.

“Whether we trade with the EU on terms similar to Canada or to Australia, a brighter future awaits as we forge our own path.”

A Government spokesperson added: “As a responsible government we continue to make extensive preparations for a wide range of scenarios, including the reasonable worst case.

“This is not a forecast or prediction of what will happen but rather a stretching scenario. It reflects a responsible government ensuring we are ready for all eventualities.” 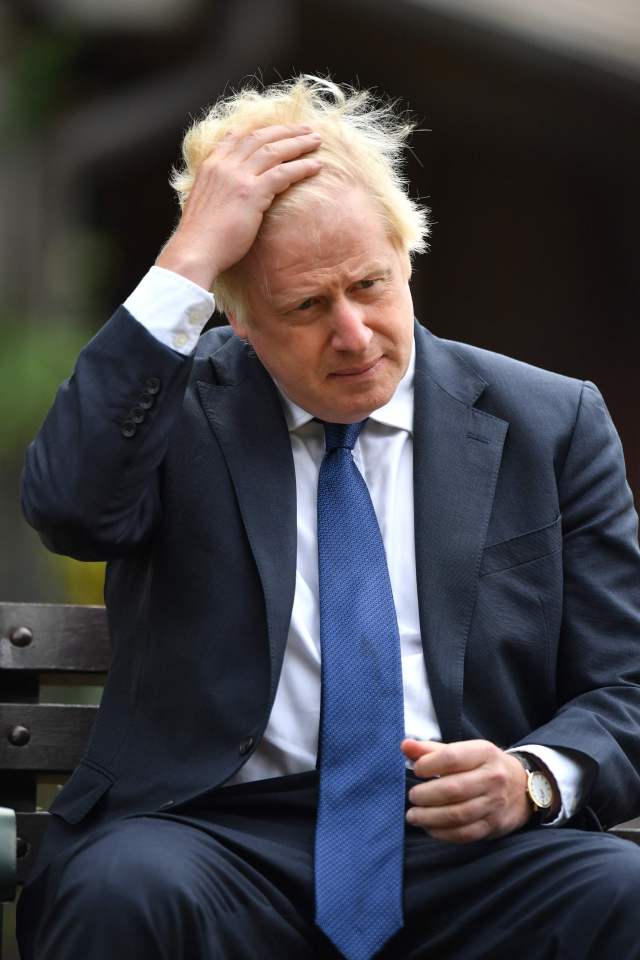 Students, teachers at 41 schools i...