Julian Lewis, senior MP, SACKED from Tory party for colluding with Labour and SNP to land a top job

Julian Lewis, senior MP, SACKED from Tory party for colluding with Labour and SNP to land a top job

THE Tories were plunged into civil war last night as Boris Johnson sacked a senior MP for colluding with Labour and the SNP to get a top job.

Julian Lewis was booted out after he humiliated the Prime Minister by working with rivals to gazump his pick for chair of the intelligence and security committee.

The move was confirmed by a Conservative party spokesman.

No 10 had chosen ex-Cabinet minister Chris Grayling for the role and expected all Conservative MPs to back him.

But the former justice and transport secretary was a controversial choice due to his poor record in numerous top government jobs.

Dr Lewis was appointed to the powerful job at the last moment after gaining the support of all four Labour and SNP members of the committee.

It is now expected to meet today and agree to publish a long-awaited report into Russian meddling in UK politics as early as next week.

A government source Dr Lewis had been stripped of the whip “because he worked with Labour and other opposition MPs for his own advantage”.

The committee oversees the work of MI5, MI6 and GCHQ, and there had been concern about Mr Grayling’s expertise for the chairmanship.

Former national security adviser Lord Ricketts had warned that Mr Grayling – who earned the nickname “Failing Grayling” during a chequered ministerial career – does not “match up” to the authority and reputation of former chairs.

Following Dr Lewis’ success, Lord Ricketts said the body was now in the “hands of someone with much wider experience of defence and security”.

Mr Johnson has faced criticism over the delay in appointing the committee which has not met since the last parliament was dissolved in November last year.

The committee has yet to publish its long-awaited report into Russian interference in UK politics after Mr Johnson refused to clear it for release before last year’s general election.

A committee source told the PA news agency: “This was a secret ballot but clearly for him (Mr Grayling) to lose, some Tories decided not to vote for him.”

She tweeted: “Julian Lewis MP has the Tory Whip removed after being elected as Chairman of the Intelligence and Security Select Committee, after beating hapless Chris Grayling.

“I wonder who in No10 ordered that the long serving Tory MP had the whip removed? What a grubby shower they are!”

Labour former frontbencher Chris Bryant said: “It’s a momentous failure of intelligence when a PM takes months to handpick Intelligence and Security Committee members so as to deliver the Chair he wants and they refuse to do his bidding.

“To then chuck the new chairman out of the party is to lose control/the plot.”

SNP defence spokesman Stewart McDonald MP said: “This is another total shambles from the Tory government, which has failed to put in place a functioning Intelligence and Security Committee for more than six months since the election.

“With his abysmal record of failure as a Tory minister, Chris Grayling is the only man who could lose a rigged election but it is right the committee has elected a chair and it should now get on with the crucial job of ensuring scrutiny and oversight of security matters, after months of delay.”

NOT SET IN STONE


Mum, 27, is accused of murdering her six-week-old baby boy

Liberal Democrat foreign affairs spokesman Alistair Carmichael said Mr Johnson had appointed “yes men” to the ISC but “true to form, however, failing Grayling has been undone in his bid to be chair”.

“I hope we now have a committee with real teeth that can hold this Government to account,” he added.

“That starts by publishing the report into Russian interference of our democracy before the summer recess so MPs can scrutinise it fully.”

Chris Grayling had been Boris Johnson’s preferred choice for the committee chair role[/caption], 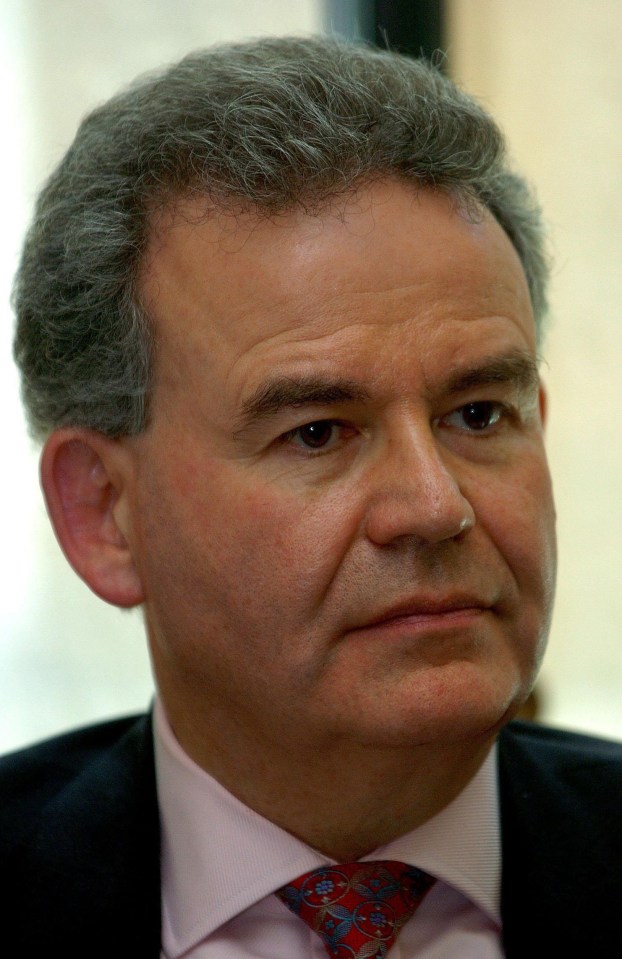 Russia to blame for landmines foun...