HUGE parts of Scotland are set to be given tough Level 4 lockdown this week with pubs forced to shut but schools will be able to stay open.

More than 1.8 million people in the west of Scotland, including Glasgow, are braced to be plunged into the highest regional shutdown as infection rates of coronavirus have been stuck “stubbornly high”. 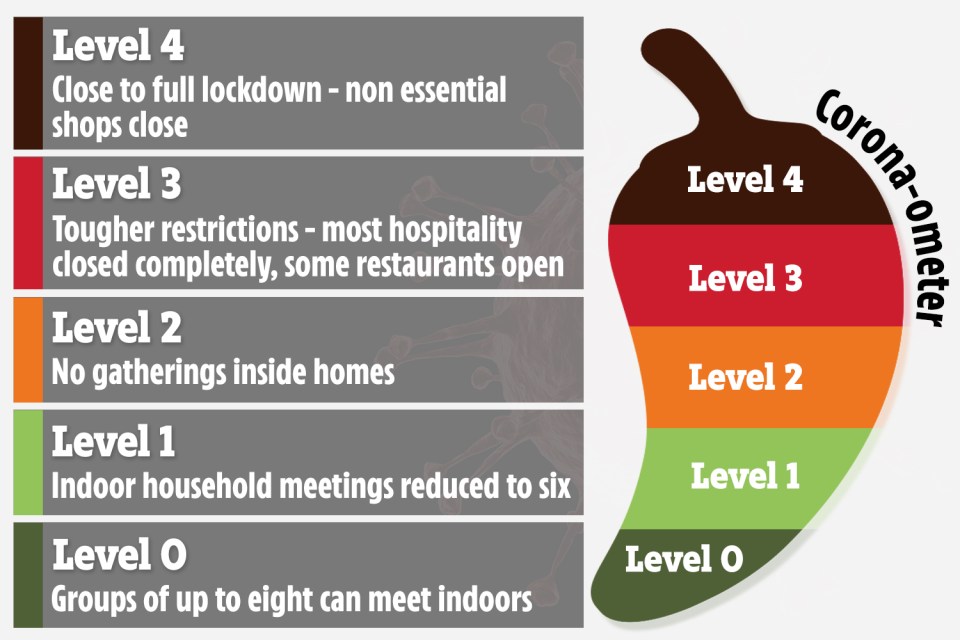 Nicola Sturgeon is expected to announce her decision later today.

Yesterday, Ms Sturgeon suggested a “limited period” of the strictest measures – from Level 3 to Level 4 – could allow the tough rules to be relaxed in time for Christmas.

The level 4 rules are the closest to “full lockdown”, with non-essential shops forced to shut again, along with bars, restaurants, hairdressers and tourist attractions.

But schools will stay open, after Ms Sturgeon has repeatedly insisted it her “objective and intention” to keep them from closing.

It would mirror Boris Johnson’s hopes that tougher regional lockdowns in the first half of December could rescue the festive season.

But she warned there were growing fears about the daily number of new cases, despite Scotland’s tough circuit breaker lockdown.

Case numbers in Glasgow, North and South Lanarkshire, East Renfrewshire, East and West Dunbartonshire and Renfrewshire – where 1.8 million people live – are “not reducing sufficiently” under Level 3.

She said yesterday: “Stubbornly high prevalence means that we might have less flexibility to offer some limited and careful easing of restrictions over the Christmas period which we are very keen to do.

“Moving to Level 4 restrictions for a limited period in some areas, while not a decision we would ever take lightly because of the wider economic and social impact, would help us to address both of these concerns.”

The First Minister hinted that Inverclyde, West Lothian and Ayrshire are at risk of going to Level 4 – but warned the decision was less “clear cut”.

Mr Johnson has said he wants there to be a common approach to Covid restrictions over Christmas across the four nations.

It would mean people with family in different parts of the UK wouldn’t fall foul of different rules from the devolved administrations.

England is expected to be plunged back into a regional lockdown – known as Tiers – but it could be even tougher than the system in place before the national measures in order to release people for Christmas dinners, it was suggested last night.

It could mean even Brits in parts of the country with the lowest infection rates could face up to a household mixing ban after December 2 – which is the next level up from Tier 1.

And sources told Politico that a possible ban on indoor socialising would take place in the first weeks of December. 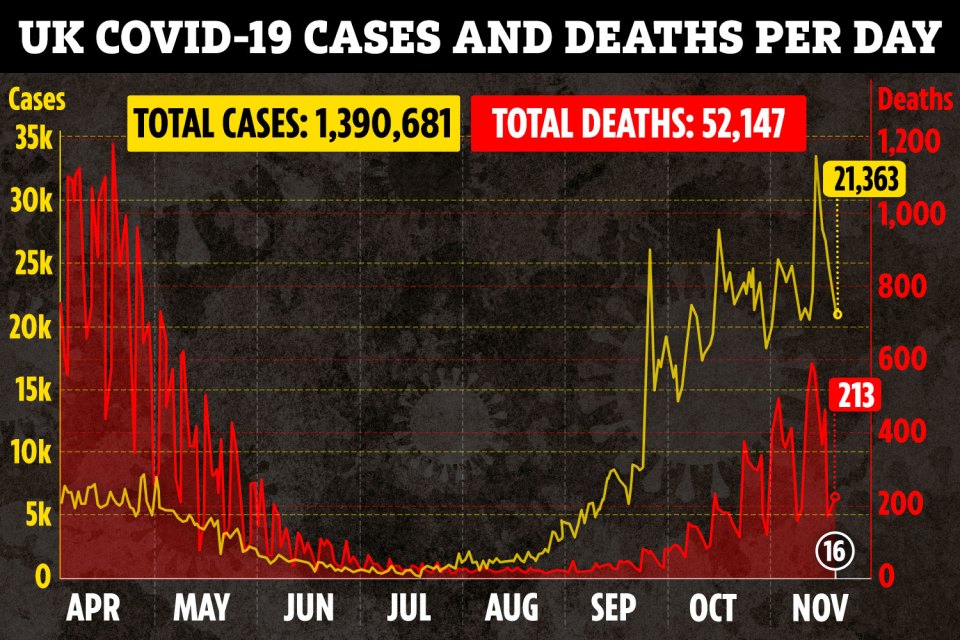