Hartlepool by-election candidates: Who is standing to replace Mike Hill?

Hartlepool by-election candidates: Who is standing to replace Mike Hill?

PEOPLE in Hartlepool are set to elect a new MP following the resignation of Mike Hill.

Residents of the coastal area will cast their votes on May 6 – the same day local elections are taking place up and down the country.

Who is standing in the Hartlepool by-election?

Mike Hill quit after being accused of sexual harassment, triggering a Red Wall by-election in Hartlepool.

He was suspended by the party in 2019 over claims he harassed a woman, and has since stepped down from the Commons.

Mr Hill denies the allegations, which will be heard at a tribunal in May this year.

The decision has sparked a by-election battle in the Northern seat, and will be a key test for whether Labour can hold on to the spot.

Fighting to keep the seat for Labour is former MP and GP Paul Williams.

Dr Williams previously represented the nearby constituency of Stockton South from 2017.

However, he lost this position to Conservative candidate Matt Vickers in 2019.

Before he was named as the party’s preferred candidate, he had been due to stand for the position of Cleveland Police and Crime Commissioner in the local elections.

He recently caused controversy, when a tweet he wrote in 2011 with slur made about a senior Cabinet Minister was uncovered.

She is battling to become the first Tory MP for the constituency since the seat was formed in 1974.

In 2019 she was the Conservative candidate in Leeds East at the 2019 election – but she lost out to Labour former shadow minister Richard Burgon.

Vying for the position for the Lib Dems is teacher Andy Hagon.

And he’s no stranger to the fight for this seat, having already stood for the party for this constituency in both the 2017 and 2019 elections.

“I’m married with two children, a teacher and passionate about helping young people.”

Hoping to bag a win for the North East Party in former MP Hilton Dawson.

Mr Dawson was Labour MP for the constituency of Lancaster and Wyre from 1997 to 2005 as he stepped down to return to work in children’s services.

In 2014, he became chairman of the North East Party after leaving Labour.

Another former Labour MP contesting the seat for another party is Thelma Walker.

Before forging a career in politics, Mrs Walker worked as a teacher for 34 years.

Former soldier David Bettney will be making a bid for Hartlepool MP for the SDP.

Mr Bettney served in the Army for 22 years, which included operational tours in Bosnia, Iraq and Afghanistan.

Since leaving more than a decade ago, he has become a “serial entrepreneur” in the oil and gas industry, according to the SDP website.

No, not the former deputy Prime Minister.

Hoping to scoop the role for the Green Party is Rachel Featherstone.

The mum-of-three works on Teesside as a university lecture.

She said: “Every green vote will be a message that things can’t go on the way they have been.”

Gemma Evans is standing for the Women’s Equality Party.

A campaigner, she has spoken publicly about surviving domestic abuse.

She stood for Bury South for the party back in 2019.

She ditched her reporting role to start her own PR firm at the age of 29.

Now, having never been a member of any political party, the businesswoman is hoping to become Hartlepool’s next MP.


OAP stabbed to death and woman in her 60s critical as man, 34, arrested


Mum of boy, 19, found dead in forest says ‘my heart’s been ripped apart’

LURED TO HER DEATH

Nick Delves has made a bid for the Monster Raving Loony Party in ten parliamentary elections.

He wrote on his website: “I play bass in a punk and new wave covers band and am married to Lizzie an A&E doctor, we have two children.” 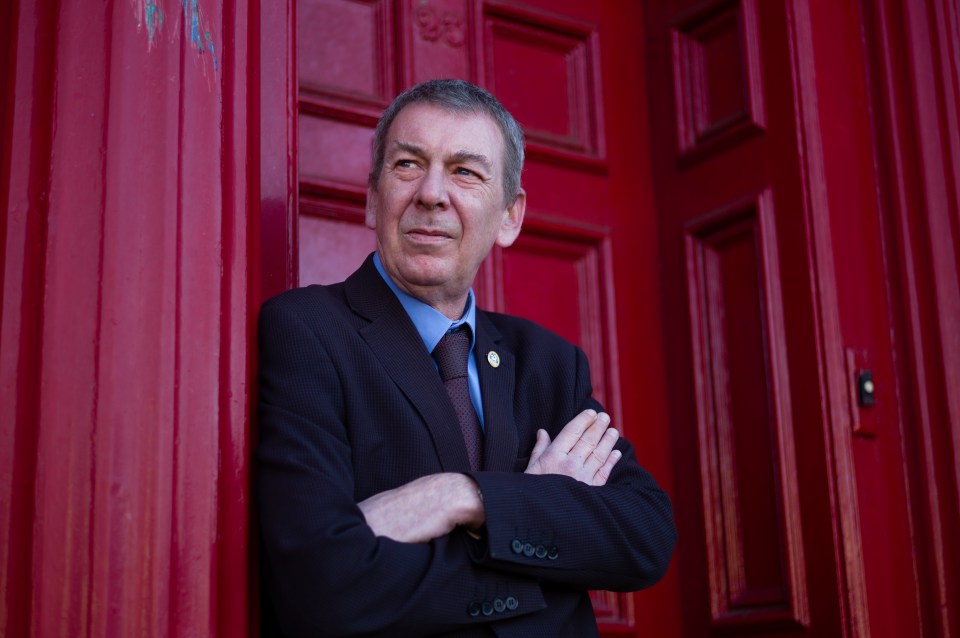