SHAGGY-haired Brits will be able to get a professional haircut from July 4 after weeks of DIY disasters, Boris Johnson announced today.

The Prime Minister said that hairdressers and barber shops will be allowed to open again with appropriate measures in place to keep staff and clients safe.

The PM said today: “We will reopen hairdressers with appropriate precautions including the use of visors

“We also intend to allow some other close contact services such as nail bars to reopen as soon as we are confident they can open in a Covid secure way.”

He ditched the 2 metre rule to allow many businesses across the country to reopen under more relaxed social distancing measures.

It will bring cheer to the nation’s 33,000 stylists and beauticians, many of them self-employed.

It will also boost the morale of millions in desperate need of grooming after 13 weeks lockdown.

Desperate couples have been forced to carry out calamitous clipper jobs on each other’s hair, often resulting in bitter rows.

Some hair salons have said they will be opening at midnight on July 4 to clear a backlog of 3 months, with one London hairdresser preparing to deal with a queue of 2,000 people desperate for a trim.

Hellen Ward from Richard Ward Hair and Metrospa in London told The Telegraph: “It will take a while, partly because we have to work out what they have done to their hair during lockdown to work out how long a booking will take.”

Another salon – The Chair in Canterbury, Kent, revealed it will open from midnight to 4pm on July 4 to get a headstart on a flood of appointments.

Owner Katie Hancock and another hairdresser are readying for a long shift through the night to cut Brits’ lockdown locks.

The move will only be for the first day, but the salon’s normal opening hours will be extended like many across the country.

Hair appointments are also expected to take longer and bookings be spaced out to ensure hygiene measures are able to be followed.

Hair stylists feared they would be shut for at least six months after experts initially warned it was impossible to cut hair without the risk of spreading coronavirus.

But scientists have now ruled it will be safe for salons to resume providing they stick to guidelines.

Officials are also weighing up whether to allow beauty salons and nail bars to open on July 4. Downing Street on Saturday said no formal decision has been made on whether to allow hairdressers to re-open.

Pubs, restaurants, cafes and hotels will also be able to reopen under strict guidelines. It will mean:

Chancellor Rishi Sunak has warned millions of jobs are on the line if the hospitality sector is not re-opened.

He said on Saturday the review of the two-metre rule will “make an enormous difference” to businesses.

Punters with drinks outside The Sussex Arms Pub in Twickenham, West London [/caption] 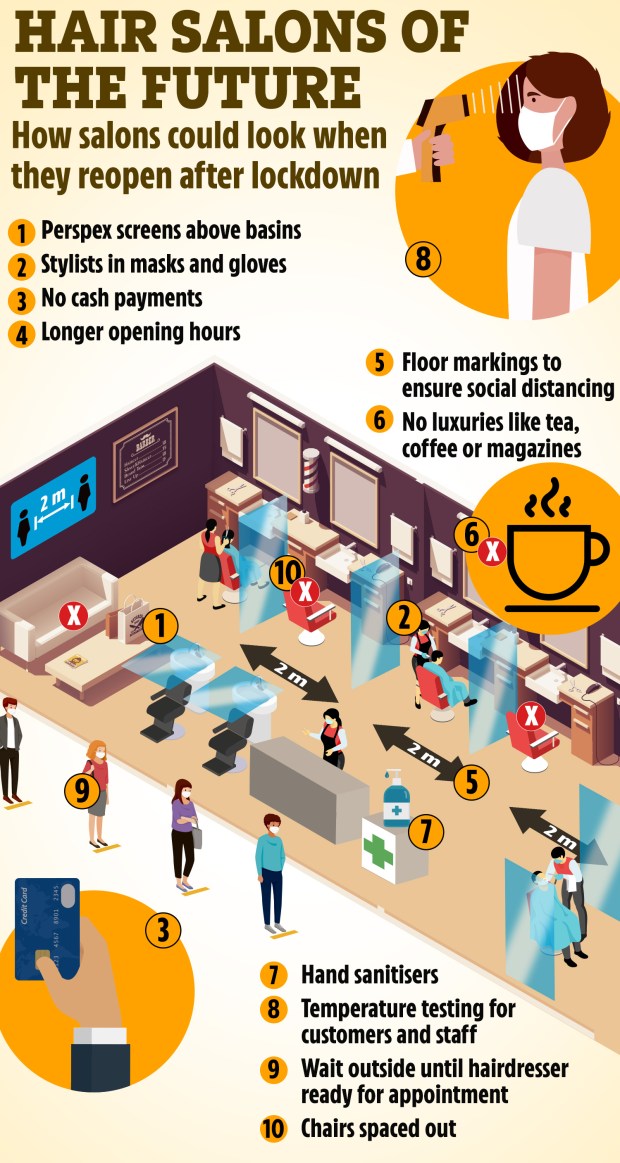 All pubs, cafes and restaurants to be allowed to serve drinks outdoors

Weddings back on from July – but a maximum of 30 guests

Matt Hancock to give press con...

Duterte Harry: Philippines leader admits ‘faults’ including ‘extrajudicial killings,’ but says corruption isn’t one of them