GAVIN Williamson has been nominated to be MP of the Year sparking fury and ridicule after the A-level and GCSEs fiasco.

The Patchwork Foundation, a charity, tweeted out a “congratulations” to the under-fire Education Secretary over the weekend despite his failure to ensure kids got the grades they deserved this month.

The tweet from the Patchwork Foundation said: “Congratulations to @GavinWilliamson of the @Conservatives for being nominated by the public for our 2020#MPoftheYearAwards!”

But people quickly piled in demanding to know if it was “an early April Fool’s joke”.

One person joked that the nomination was “another outcome from his exam grading algorithm” which was scrapped in a massive U-turn because of its inaccuracy.

“Will this nomination be downgraded afterwards?” asked one confused person.

Another said: “And they say that satire is dead. That’s very funny, thank you.”

Others said either Mr Williamson had nominated himself or his family had put him up for the award as a joke.

One reply to the tweet said: “Presumably nominated by, err, Gavin Williamson…”

Pressure has been building on Mr Williamson to resign after it took him five days to admit the algorithm used to decide kids’ grades was a mistake and allow them to rely on teacher predictions.

The U-turn threw students and universities into chaos as they scrambled to understand what it meant for their plans for next term.

But some people did not even find the nomination funny, saying Mr Williamson needed to take responsibility for the fiasco over A-levels and GCSEs

One wrote: “Ah, I see now why people are nominating #GavinWilliamson for MP of the Year (are they?!) – let’s just forget about the #ExamShambles #Examfiasco #Alevelsresults #UTurn!”

Some took the opportunity to vent again about Mr Williamson’s failures:”Is this meant to be serious?! Presiding over the chaotic shambolic fiasco of exam grades, university admission, insufficient laptops…

“This man doesn’t deserve any awards for what he’s done to cost untold heartbreak to thousands of students and the fall out on teachers!”

Ex-PM Theresa May who stood down after failing to get her Brexit deal through the Commons was also up for the award.

Disastrous former Labour leader Jeremy Corbyn who took his party to an historic defeat was also given a nomination to be MP of the Year.


Sweden ‘beating Covid because of immunity after refusing to lock down’


One hundred nudists test positive for coronavirus at French colony 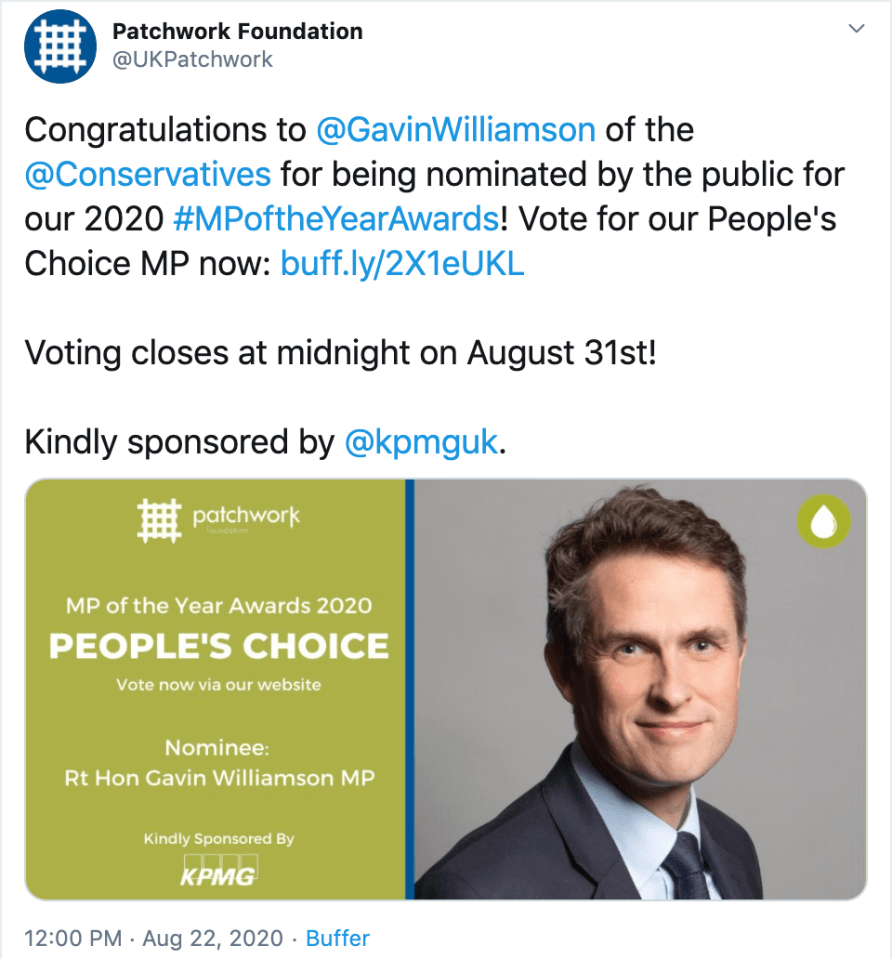