EMBATTLED Gavin Williamson was dealt a fresh blow on Saturday night after his plan to solve the A-level fiasco was torn up by exam chiefs.

They told the Education Secretary his “triple lock” appeals pledge is unworkable — plunging the results of thousands of students into deeper chaos.

A ministerial colleague described him as a “dead man walking” with two further flashpoints looming on the horizon.

About 700,000 pupils will receive their GCSE grades this week, raising the prospect of an even bigger shambles — ten days before kids return to school. On Saturday night a senior Tory said: “Gavin may be feeling the heat now. But if he fails to deliver a full re-opening of schools in September, he’s toast.”

The A-level shambles took a new twist 48 hours after nearly four in ten marks were downgraded by an algorithm, sparking fury among teachers, parents and pupils.

Mr Williamson had promised that students who were unhappy with their grades could either accept the result of their mock exams — or take up the offer of an autumn re-sit.

But the exam regulator stepped in to rule that teachers’ predicted grades will take precedence over mock results. Labour claimed the Ofqual guidance had added to the confusion of thousands of teenagers facing an uncertain outcome.

TEACHERS have been accused of awarding “fantasy” grades — after their schools said their pupils deserved a 100 per cent A-level record.

Exam sources revealed 25 schools predicted every pupil would get an A-star in every subject studied.

They are an example of “implausibly high” grades, according to Ofqual.

Shadow Education Secretary Kate Green accused Mr Williamson of drawing up his solution “on the back of a cigarette packet”.

But senior Tories fear teaching unions can “smell blood” and it will give them added incentive to block September reopening. 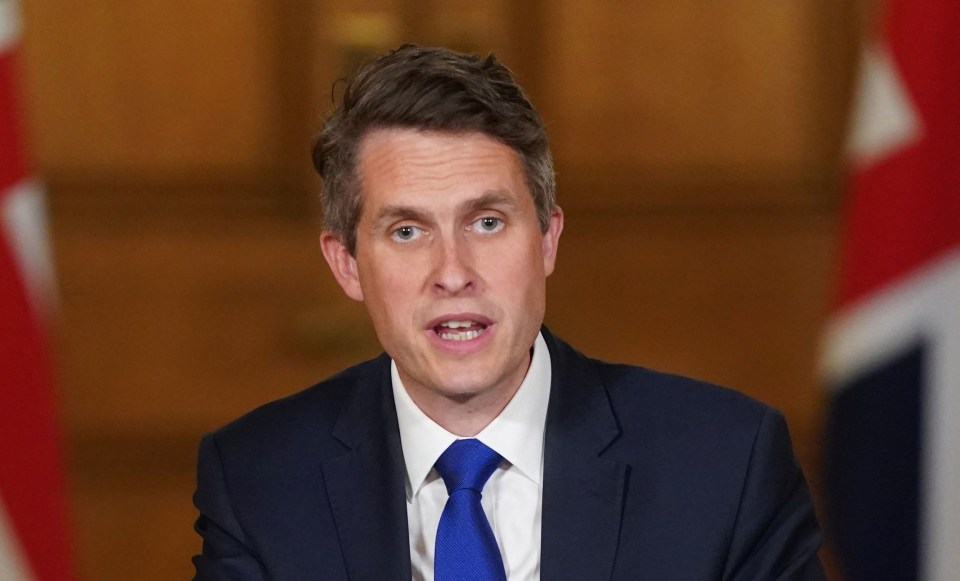