BRUSSELS sparked fury this morning by saying it could use the migrant crisis as a bargaining chip in Brexit talks – as a deal remained on the brink over a huge row over fish.

The latest round of talks broke up today without any progress again, sparking a bitter war of words between Michel Barnier and David Frost.

Sources said the bloc could use the crisis – which Britain has long been pushing the EU for action on – as part of the ongoing Brexit negotiations on a future trade deal.

Nearly 5,000 migrants have attempted to make the dangerous crossing to Britain from France this year alone – double that of the total last year.

Britain wants the bloc to help stop the tide of attempts by taking them back to the shores. It’s unclear what will happen at the end of the transition period this year when Britain wants to reclaim control of its border once again.

Despite the tragic deal of a 16-year-old boy in the Channel this month, Brussels are set to drag their fee on reaching an agreement – and could bring the migrant crisis in as leverage.

A EU diplomatic source working on migration told Reuters: “The UK has interest in this. We can wait.

“The 27 are not that worried. Of that, 25 do not really care at all. France and Belgium can be to some extent preoccupied, but far less than the UK is.”

But other sources stressed that fish and EU rules were likely to be more of a sticking point for both warring sides.

Discussions hit the buffers this week as Brussels insisted yet again on Britain signing up to the bloc’s rules on state aid or a deal can’t be done.

Both sides issued gloomy statements following the latest discussions, and a tense dinner earlier this week.

Unless we agree to roll over and accept their laws, a deal may not be made at all, Mr Frost suggested.

Mr Frost said today: “The EU is still insisting not only that we must accept continuity with EU state aid and fisheries policy, but also that this must be agreed before any further substantive work can be done in any other area of the negotiation, including on legal texts. “

He said this blocker makes it “unnecessarily difficult to make progress” and “there is a lot of detail to work through” with little time to get it done.

“Time is short for both sides,” he added, vowing to work hard to reach a deal if it’s possible.

And when the EU accepts Britain is seeking a free trade deal just like other countries around the world have, it will make talks speed up.

A senior source close to the negotiations accused the EU of deliberately putting “obstacles” in the way of the talks.

They stressed that now was the time to move to text-based talks but Brussels were refusing to engage with the draft text they had put forward.

Michel Barnier said today he was “disappointed” by the lack of progress and lashed out at the UK for wasting time.

And EU rules are “non-negotiable” if Britain wants continued access to European markets, he said.

He thinks a deal is “unlikely” but Britain is more optimistic, saying its “still possible” but admitting it “will not be easy” to achieve.

The UK wants a deal wrapped up by September, but with talks on the rocks and both sides getting frustrated, it’s not set to happen.

More migrants have attempted to cross Britain in recent weeks[/caption]

The next round of discussions comes on 7 September, where British officials have pinned their hope on pushing through the deadlock.

Britain will leave the transition period at the end of the year whatever happens, Boris Johnson has said.

If there’s no EU deal, Britain will go onto World Trade Organisation terms with them instead – which could mean extra tarriffs. 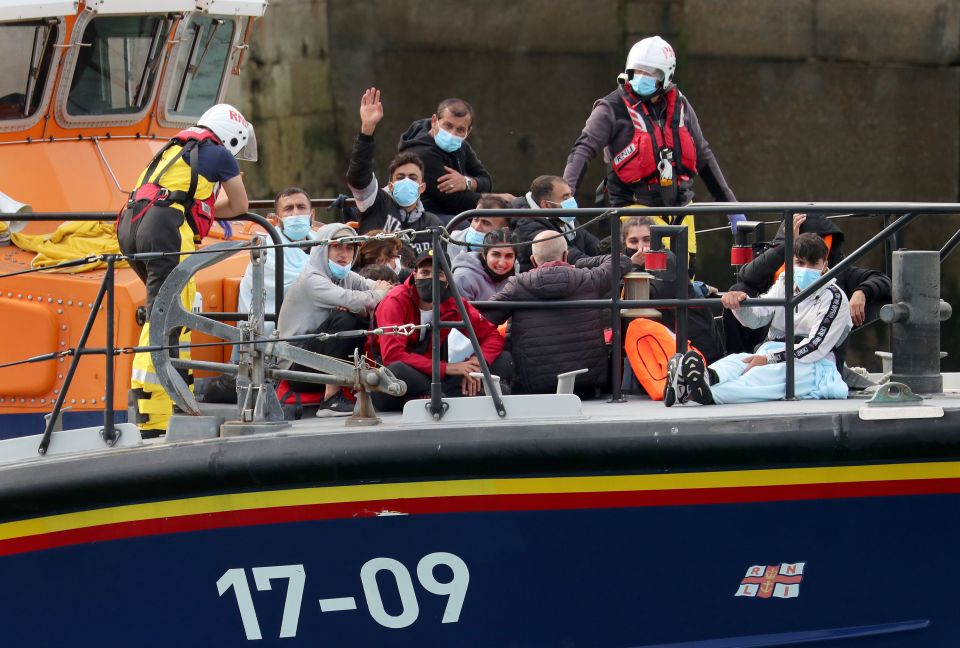