EXTRA “furlough” help will continue for nightclubs as the Government has vowed to pay for two thirds of staff’s wages while they are still unable to reopen.

Chancellor Rishi Sunak announced the new package of financial aid measures today as the hospitality and entertainment sector is facing a grim winter of more closures as coronavirus cases continue to soar.

Nightclubs have had to stay closed since March[/caption]

The new measures mean nightclubs who have been closed since March because of strict lockdown rules will be given another rescue package as the furlough scheme is wound up.

Staff who are employed by nightclubs but unable to work because of Government rules are eligible for two thirds of their usual income to be paid out by the Exchequer – up to a maximum of £2,100 a month.

Employees must be furloughed for at least seven days in a row.

The new scheme will kick in on November 1 as the original furlough scheme ends at the end of this month.

The job support scheme which tops up the salary of people who are working part-time sits alongside the extra furlough-style money but it is unavailable to most nightclub employees as they are unable to even reopen part-time.

And huge parts of the country are looking at further restrictions on hospitality being imposed as coronavirus cases hit more 17,500 yesterday.

The PM is planning to bring in a three-tiered local lockdown system where the areas with the worst infection rates would have pubs and restaurants closed.

Scotland’s pubs and restaurants won’t be able to sell booze for 16 days from this evening, and will have to close daily at 6pm. 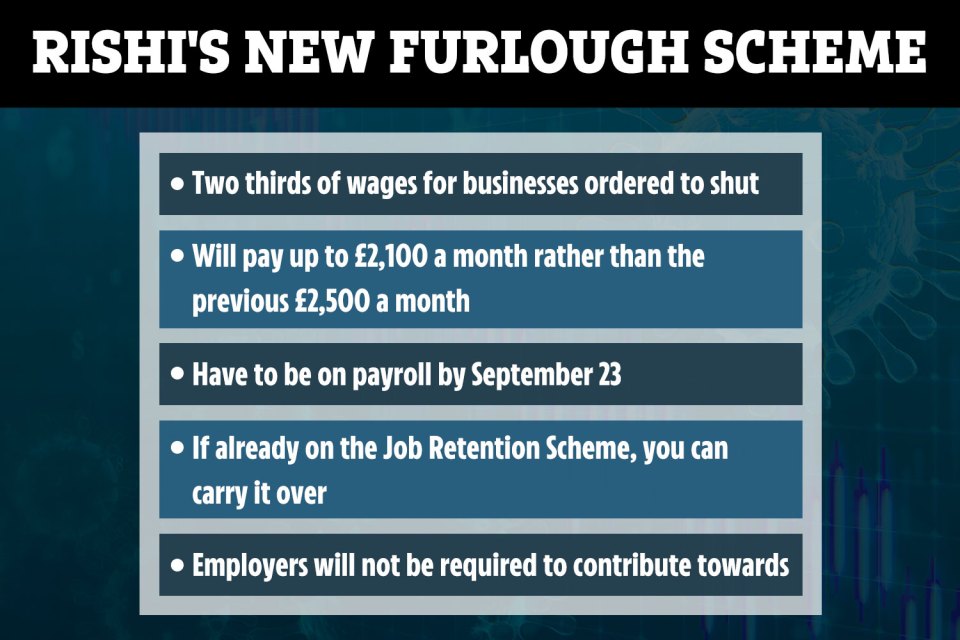 On top of the extension to the furlough-style scheme, the Government will give businesses in local lockdown areas extra grants of up to £3,000 a month every two weeks – up from £1,500 every three weeks.

The grants will help nightclubs pay off fixed costs such as rent while unable to take in any income.

But the extra cash will be linked to a businesses’ rateable value and for smaller businesses will be able to claim £1,300 a month – less than the £1,500 they can get at the moment.

Chancellor of the Exchequer Rishi Sunak said: “I have always said that we will do whatever is necessary to protect jobs and livelihoods as the situation evolves.

He denied claims it was a “rebranded” furlough scheme, which he has said it would be “fundamentally wrong” to extend and keep people in jobs that aren’t “viable”. 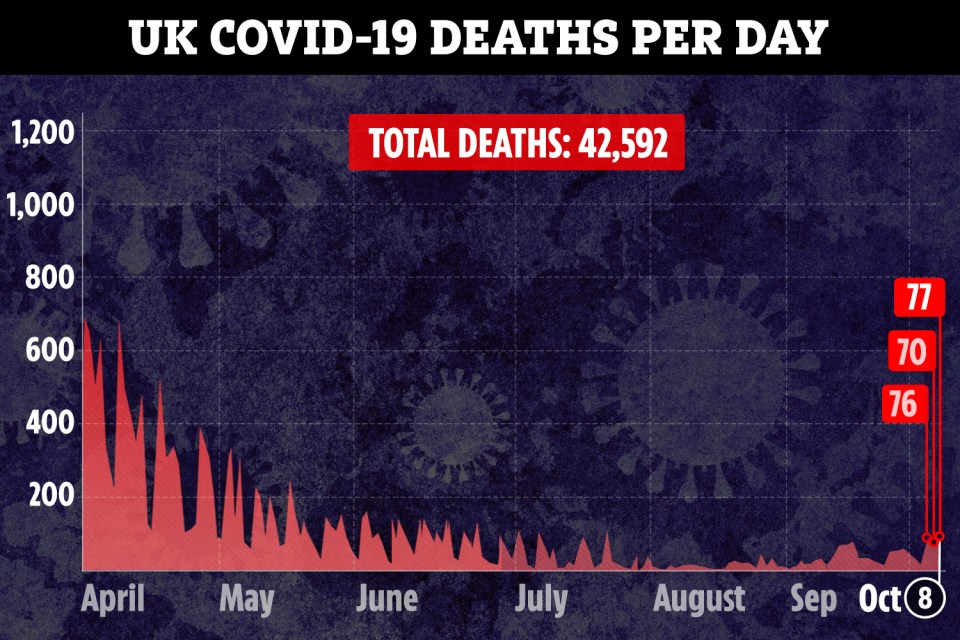 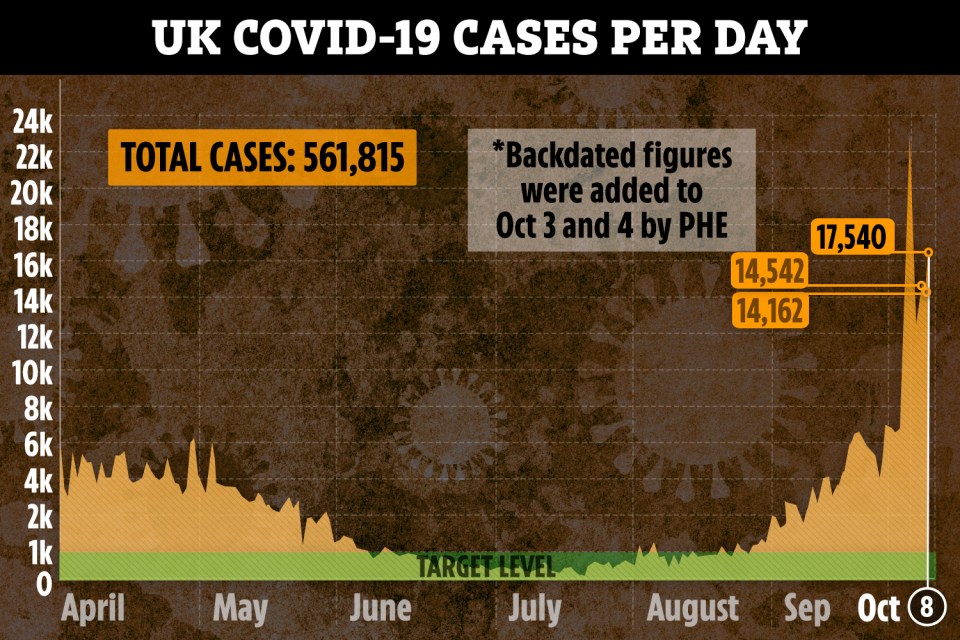