BORIS Johnson has let rip at fellow world leaders and accused them of shirking their green duty.

In a meeting at the United Nations, the PM said he was “increasingly frustrated” that their commitments to tackle the climate crisis are “nowhere near enough”.

And he said there was a “vast” gap between what the richest nations on the planet had pledged – and what they had actually coughed up in hard cash.

The PM is in New York to crack the whip on a global green deal at the UK-hosted Cop26 in November.

But he said there was only a “six out of ten” chance he would be able to shake the tin enough to meet his £100billion pledge to help poorer nations make the switch to clean energy.

Co-hosting a discussion at the UN General Assembly, the Prime Minister noted that “everyone nods and we all agree that something must be done”.

“Yet I confess I’m increasingly frustrated that the ‘something’ to which many of you have committed is nowhere near enough,” he said.

“It is the biggest economies in the world that are causing the problem, while the smallest suffer the worst consequences.

“And while progress is being made all over the world, the gulf between what has been promised, what is actually being delivered, and what needs to happen… it remains vast.

“Too many major economies – some represented here today, some absent – are lagging too far behind.”

Urging counterparts to “step up”, the PM finished: “So you can look away, you can do the minimum, you can hope that if you feed the crocodile enough it will devour you last. Or you can show leadership.”

Global leaders have already agreed that there is a £100billion price tag to wean the poorest nations off of dirty polluting fossil fuels; but there are fears the money actually pledged by rich nations will full far short of that total.

Earlier the PM slammed UK eco-warriors for blockading the M25 motorway – bringing traffic to a standstill and infuriating commuters. 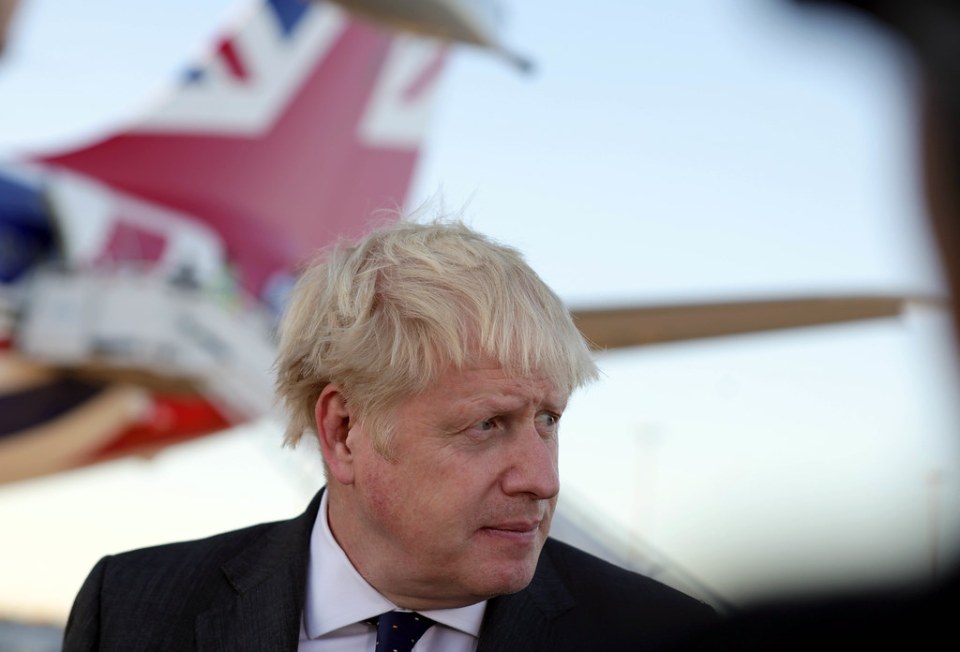