AN upbeat Boris Johnson has set out a roadmap for easing lockdown by the end of the year.

The PM hopes that getting people back to their workplaces next month will trigger a big bounce out of the economic crisis caused by Covid-19.

The PM unveiled his plans for England, including easing restrictions on public transport and bringing all football fans back into stadiums by October[/caption]

In a Downing Street speech, he unveiled his plans for England, including easing restrictions on public transport and bringing all football fans back into stadiums by October.

He said it was now deemed OK for anyone to use public transport.

In a shock announcement, the PM also revealed social distancing measures could be scrapped by November.

He said: “We are making sure we are ready for winter, and planning for the worst. But even as we plan for the worst, I strongly believe we should also hope for the best.

It is my strong and sincere hope that we will be able to review the outstanding restrictions and allow a more significant return to normality from November at the earliest, possibly in time for Christmas.

“That means looking ahead with optimism — now extending our plan to lift the remaining national measures which have restricted our lives since March so we can get back to something closer to normal life.

“Throughout this period we will look to allow more close contact between friends and family where we can.

“It is my strong and sincere hope that we will be able to review the outstanding restrictions and allow a more significant return to normality from November at the earliest, possibly in time for Christmas.”

From August 1, bowling alleys, skating rinks and casinos will be allowed to reopen in England.

Beauticians can resume face to face treatments — as nearly all businesses bar nightclubs are allowed to reopen. 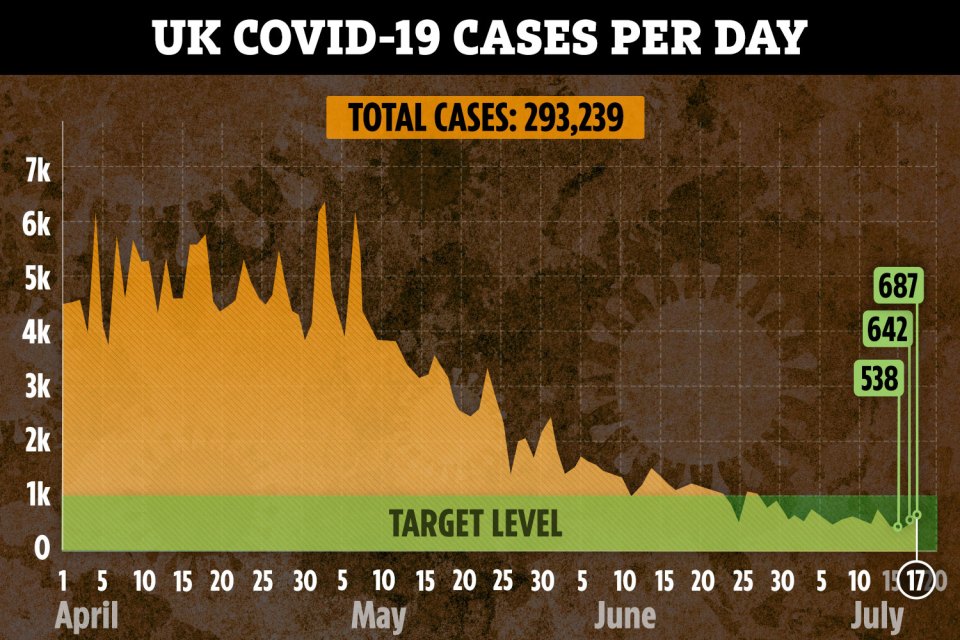 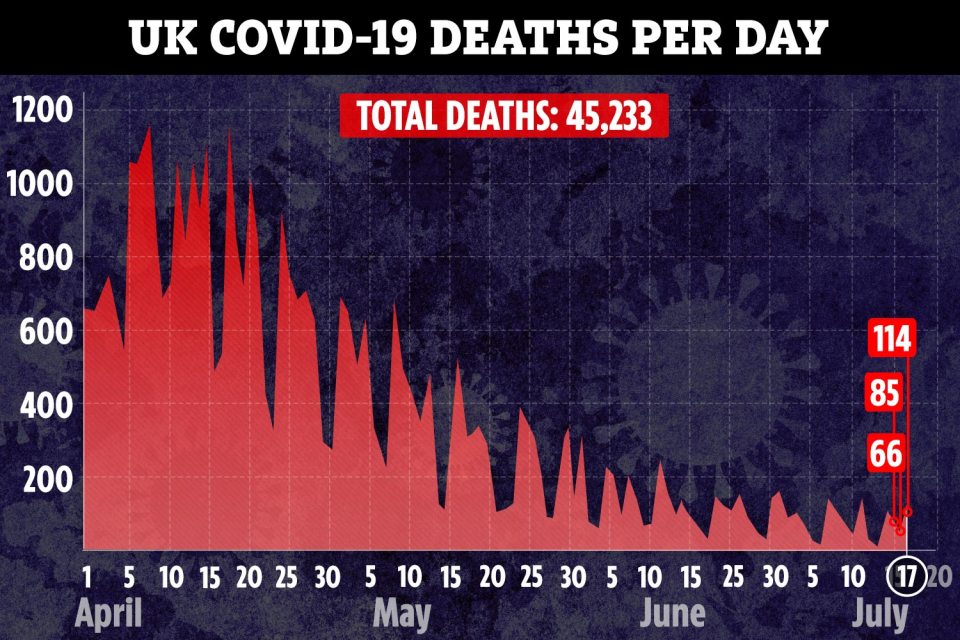 Test events will allow crowds back to watch sports and shows. If they go well, full crowds will be allowed back in stadiums by October 1.

Business groups broadly welcomed the PM’s move to get people back to work. Federation of Small Businesses national chairman Mike Cherry said many firms would be “feeling hopeful”.

Workplaces have had guidance on becoming Covid safe since May, but the Government will provide updates.

The PM said: “Instead of government telling people to work from home, we are going to give employers more discretion, and ask them to make decisions about how staff can work safely.”

It could mean some employers agree to make people continue to work from home, while others safely get people back into workspaces.

In the end, human interaction, face to face conversations are important and many businesses, tell me that.

The PM added: “If the place of work is covid secure, our view is that it is safe, but whether people should go into work is not something that the Government can decide. It is up to employers to decide.”

He joked about the “wonders of Zoom” but added: “In the end, human interaction, face to face conversations are important and many businesses, tell me that.”

Mr Johnson also unveiled plans to dish out 500,000 Covid tests a day by October, offer the flu jab to more people and for £3billion in funding to the NHS to combat a possible second spike.

He also handed powers to local authorities to introduce “lightning lockdowns” from today to swiftly nip outbreaks in the bud.

BEAUTY salons will be able to restart face to face treatments from August — including eyebrows, eyelashes, and make-up.

Beauticians were given the green light to reopen from July 4 but are not allowed to carry out any treatments on customers’ faces including eyebrow threading.

Nail salons have been allowed to reopen[/caption]

But as of next month, they will be able to offer a full range of services — although salons won’t look the same as before.

Bosses need to ensure screens are put up to separate clients and they will only be able to accept customers by appointment.

LOCAL councils can introduce “lightning lockdowns” in their area from today without government permission.

They can shut the likes of offices, factories, shops and cafes.

Leicester was put in lockdown again[/caption]

It is hoped that swift, targeted action will avert the need for the more disruptive city-wide lockdowns.

CROWDS will be allowed back at spectator sports from October, although fans will be told to sign up to a code of conduct.

Football fans will be able to watch their teams about two months into the new season, with pilot sports events taking place through the summer.

The government has given the go ahead to fans at a county cricket match at The Oval later this month, Glorious Goodwood and the Snooker World Championship.

Stadiums will have reduced capacity with screens dividing some spectators to enable social distancing.

Conferences and events will also be allowed to take place, with staggered start times, one-way systems and the use of e-tickets to minimise contact with surfaces.

SOCIAL distancing rules could be scrapped by November at the earliest, according to Boris Johnson.

Guidance currently states that you should stay two metres away from people outside of your household, or just one metre if you have safety measures, like a screen or mask.

The PM says distancing rules could be scrapped by November[/caption]

There are also limits on the number of people able to meet — just the members of two households, or six people from multiple households if outdoors.

But the PM hinted the measures could be dropped in time for Christmas.

BOWLING alleys, casinos and ice rinks will be allowed to reopen from August 1.

But they will have to operate with limited capacities and social distancing.

Bowling alleys will be allowed to reopen from August 1[/caption]

Indoor performances at theatres and music concerts can make a comeback from the beginning of August.

Theatre bosses say many venues can run only at 30 to 40 per cent capacity, making them economically unviable.

SMALL wedding receptions will be allowed from August 1, providing they are for less than 30 guests.

The Government will allow the guests to enjoy a sit-down meal at the celebrations.

A government spokesman said they hoped to allow other “life cycle events” such as bar mitzvahs and christenings in due course.

BORIS Johnson will give the economy a jolt by getting commuters back on public transport.

He declared an end to blanket advice on non-essential travel and declared all forms of transport safe in England.

THE PM says anybody can now use public transport[/caption]

The PM made it clear that anybody can now use the services but still encouraged people to take other forms of transport if possible.

The Department for Transport is expected to give further guidance on travelling next week.

BORIS Johnson will ditch the blanket work from home guidance next month and urge Brits to get back to the office if it is safe.

He told bosses it was now up to them to decide how it was best to keep their workforces safe.

Since the start of the lockdown the Government has urged people to work from home if possible.

But from August bosses will be encouraged to let people return to their workplace provided it has been made Covid secure.

He said: “Employers, working with their employees, should be encouraging people to get back to work where that is right for that employee.”

Smokers will NOT be banned from li...