FRENCH authorities are ignoring migrants crossing the channel even when they are just 250 yards off the coast of France, Priti Patel has revealed.

The Home Secretary said she has had “difficult conversations” with her French counterparts over their refusal to intercept migrants crossing.

So far this year 2,660 people have made the crossing to the Kent and Sussex coast from France in small boats.

Last week the Home Secretary went to Calais to announce a new operational approach to dealing with the issue.

But she was critical of French authorities who often turn a blind eye to migrants leaving the French coast.

Speaking at the Home Affairs Select Committee, Ms Patel said:  “In my view to break this route we need to intercept them at sea and send them back to France.”

She added: “The fact is too many people are still making crossings.

“We are fundamentally looking at changing ways of working in France.

“I’ve had some very – I think it’s safe to say – difficult discussions with my French counterparts.

“Currently the French authorities are not intercepting boats at sea, and by that I mean even boats that have left and are just 250 yards or so away from the French coast.

“I feel that there could be stronger enforcement measures on the French side and they’ve heard that from me.”


Shocking before and after photos show haggard faces of crack dealers

A record number of migrants crossed the Channel on Sunday.

The Home Office said 180 migrants made the crossing to the UK on Sunday in 15 boats.

More than 200 migrants were also intercepted on beaches by the French authorities and prevented from making the crossing.

Another 32 migrants crossed the Channel in four small boats on Monday. 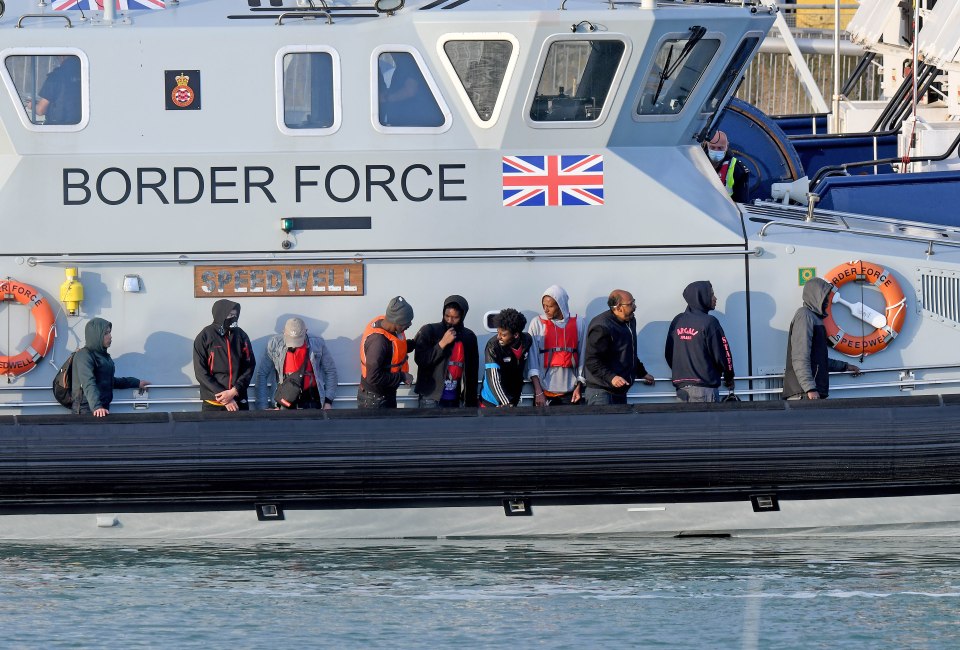 ‘Get out now or risk the consequen...

Brits will NOT have to wear face m...