TOP football league bosses are urging the government to allow fans back into stadiums as soon as possible – telling ministers it is safe.

Chiefs of the Premier League, EFL, The FA, Women’s Super League and Women’s Championship have reassured fans that they are “fully committed” to your safe return to football grounds as soon as possible.

In a letter signed by Richard Masters, the Premier League Chief Executive, the EFL’s David Baldwin, Mark Bullingham the FA Chief Executive and Kelly Simmons the FA Director of Women’s Professional Game, they say: “The sooner we can return, the sooner we can reunite communities and support local jobs, livelihoods, regional businesses and also the national economy.”

They added: “We will continue to urge Government to allow us to return fans safely to stadiums.

“It is positive progress that major arts and music venues have been told they can run socially-distanced events indoors.

“And now football should be allowed to do the same – in highly regulated and stewarded outdoor environments.”

Despite a series of successful pilot events, plans to allow some fans back in stadiums this month were pulled after nationwide spikes in Covid cases.

The letter adds: “We are determined to identify a path forward with Government.

“We need clarity for our clubs and for you as supporters as to what the roadmap for change in this area looks like.

“We all know why caution is needed, and we ask Government for consistency in their policy so sport is treated as fairly as other activities currently allowed to welcome spectators.”

Kelly Simmons, the FA Director of Women’s Professional Game, is also calling on the Government to reopen stadiums to fans[/caption] 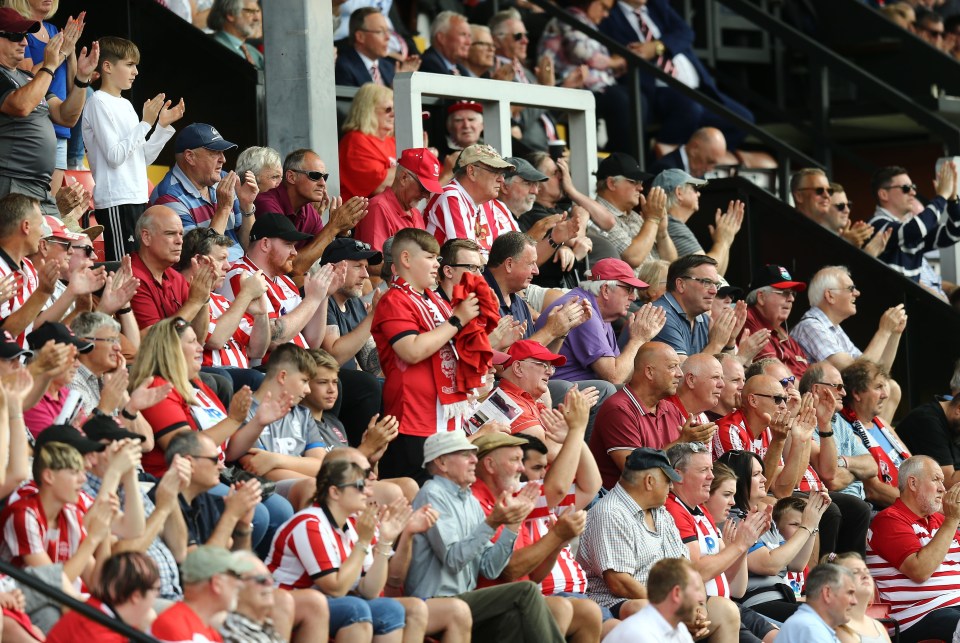 Ministers under pressure to stop b...