FEARS have risen tonight that Christmas could be at risk from a new, harsher coronavirus tiers system to stop the spread of the virus.

Hopes of lifting all the lockdown rules after December 2 were dashed tonight after PHE boss Dr Susan Hopkins said Tier 1 wasn’t working – which could put family dinners and indoor parties under threat.

The tiers system might need to be toughened up, it was suggested tonight[/caption] 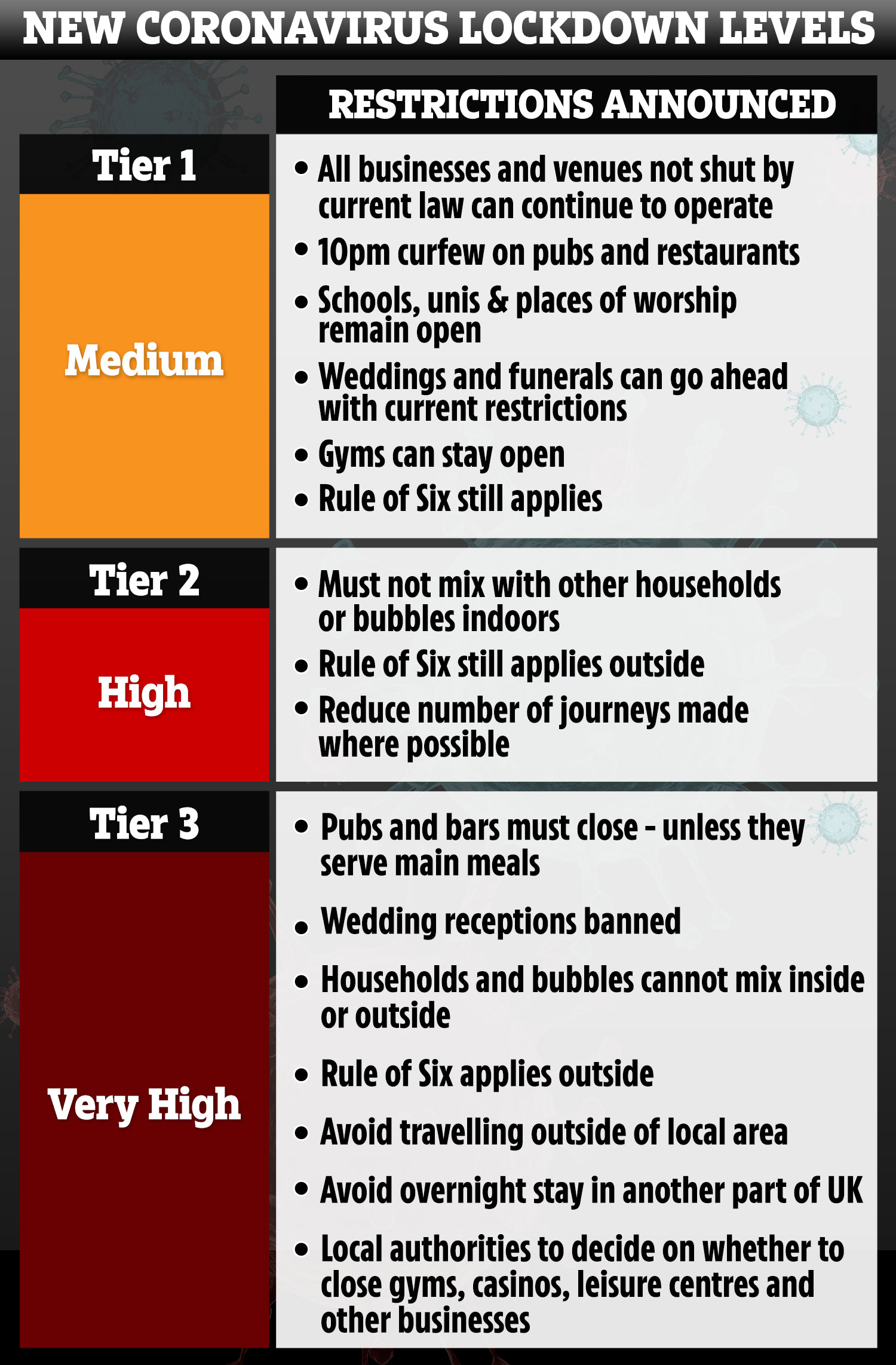 Tier 1 rules – the lowest level of restrictions which are in place across the country – include the 10pm pub curfew and the rule of six.

But tonight it was suggested this may be scrapped or made even tougher when England emerges from the four-week shut down on December 2.

The next stage up is Tier 2, where people are banned from mixing indoors with people from other households.

“When we look at what the Tiers may be in the future, we will have to think about strengthening them in order to get us through the winter months until the vaccine is available for everyone.”

Tier 2 was only working in some areas – but Tier 3 was driving down cases in the North West, she said.

She suggested that “if the lockdown is working, we will start to see cases decline over the next week”.

If it doesn’t, then lifting the rules in full would be at risk, she added.

And Matt Hancock told the nation: “it’s not about whether there is a Tier system but what about measures are in each Tier.”

But he said that no such discussions have taken place yet in No10.

Though the ZOE Covid symptom app and experts at Kings College London say the cases are already falling now.

NHS Test and Trace chief medical adviser Dr Hopkins added: “As long as we start seeing cases decline we can start making a judgement about what are the right decisions.”

England’s lockdown system is set to be replaced with a tweaked version of the tiers system in early December.

Ministers are set to decide on and outline the plans to MPs next week – ahead of a vote in the House of Commons.

No10 has refused to rule out the tiers being different to how they were before.

The Sun revealed yesterday that regions of England could be placed into on-off lockdowns for months to come.

The tough new measures are part of a new “pump the brakes” Covid strategy being talked about.

Previously Tier 3 was the toughest level of restrictions – with pubs serving booze shut.

But officials have been looking at whether to add additional layers to it – possibly even a harsher Tier 4 which could mirror the national lockdown England has at the moment.

Non-essential shops could be shut and people banned from all but essential travel.

And Boris has yet to tell the nation whether they will be able to spend Christmas with their families.

He has said he is working on a plan to make sure all four nations of the country can come together under one plan.

One source told The Sun that the rule of six could be replaced with a higher number so extended families are able to come together on December 25. 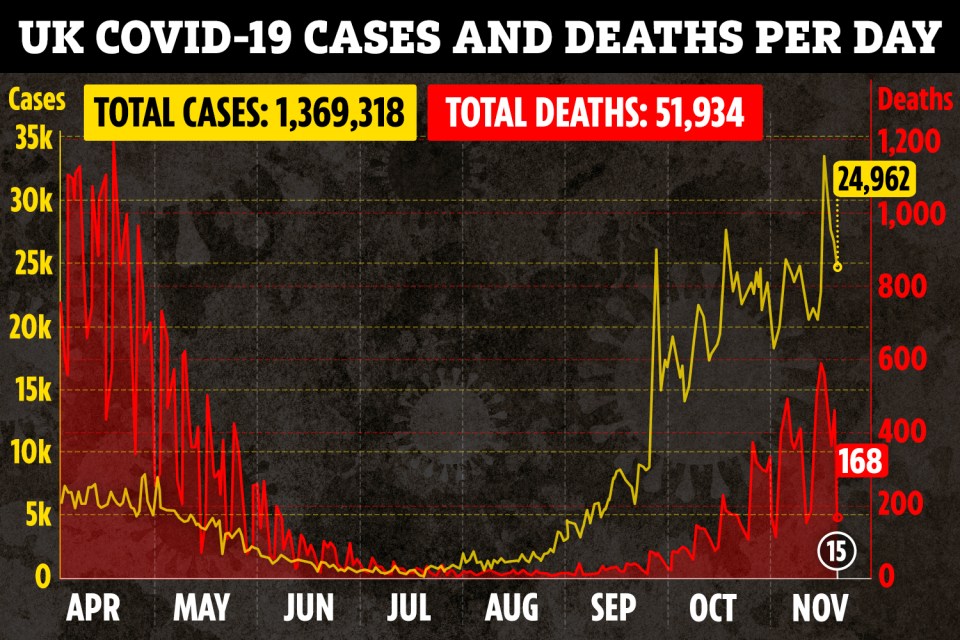